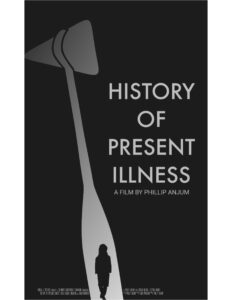 History of Present Illness portrays the initial, daunting, years of medical school from a medical student’s perspective. The film is inspired by Phil’s own conversations with classmates and meetings with advisors. He wanted more than anything to capture the way stress and anxiety compound the profound sensation of isolation that medical students feel on a daily basis. Medical school advisors, dealing with their own personal troubles, are often powerless to help students confront our unique issues. At the end of the day, medical students are expected to somehow push through and continue studying, because as they are often told, “it only gets harder.” 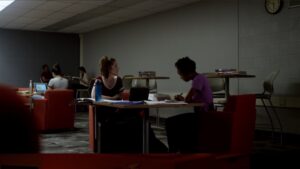 Phil Anjum filmed HOPI during the summer between his first and second years of medical school, under his own company, Omega 3 Pictures, in conjunction with Columbus Independent Filmmaking (CIF). 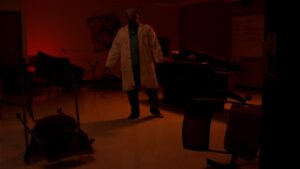 About Omega 3 Pictures LLC: Omega 3 Pictures LLC, is a film company based in Columbus OH. Founded in 2013, Omega 3 Pictures’ mission is to create media that combines the worlds of science and art. They make films that entertain as they educate, present new voices with common themes, and explore the future without forgetting the present.

About Columbus Independent Filmmaking (CIF): CIF is a collective of individuals based in and around Columbus, Ohio who love filmmaking. They generally meet twice a month, and we also have an active writer’s group that focuses on screenwriting and writing for film. Their work includes short films, documentaries, music videos, how-to videos, features, and a variety of other content designed to inspire and aid the independent filmmaker.