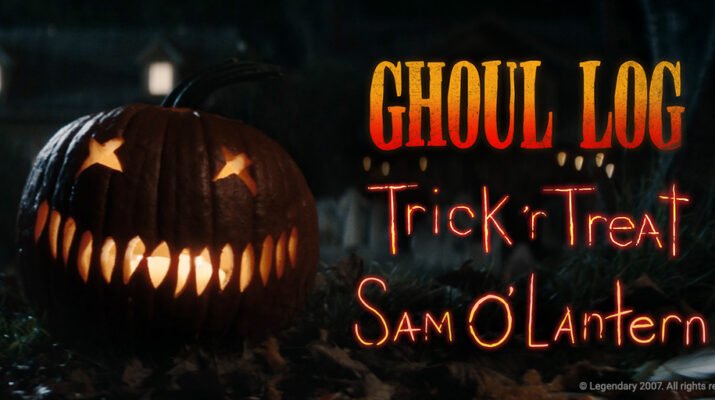 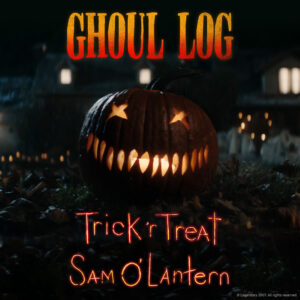 Shudder, AMC Networks’ premium streaming service for horror, thriller and the supernatural, has debuted this year’s “Ghoul Log,” a 24/7 streaming jack-o’lantern, created by Trick ‘r Treat director Michael Dougherty (Godzilla: King of the Monsters). The Ghoul Log Trick ‘r Treat Sam O’Lantern is inspired by his beloved film from Legendary Entertainment and its iconic star, Sam, the mischievous spirit of Halloween who enforces the holiday’s ancient traditions. It is available to stream on Shudder now, both on-demand and soon 24/7 via the in-app Shudder TV feed.

Log line: On a dark, autumnal street, the Sam O’Lantern blazes to life. While the pumpkin burns, keep your eyes peeled for the surprises it summons.

“Thanks to the ongoing dumpster fire that is 2020, Halloween is going to be yet another stay-at-home activity for a lot of people, so I hope the Sam O’Lantern brings a bit of light and magick to all those in need of some holiday spirit,“ said Michael Dougherty

“When we thought about what would get Shudder subscribers most excited for the 2020 version of our annual Ghoul Log, our wish-list idea was to team up with Michael Dougherty for something inspired by his iconic Halloween movie Trick ‘r Treat. When we reached out to Mike, we were delighted to find out that he was not only interested in the idea, but he already had an amazing concept in mind,” said Craig Engler, Shudder’s General Manager.

The Ghoul Log Trick ‘r Treat Sam O’Lantern is the third in Shudder’s annual Halloween series. The Ghoul Log premiered in 2018, doing for Halloween what the famed Yule Log has long done for Christmas. Its long, unbroken feed of a candle-lit jack-o’lantern accompanied by spooky night sounds was an immediate hit. 2019 saw Return of the Ghoul Log, an animated creation courtesy of famed horror director Larry Fessenden (Depraved) and animator Beck Underwood. This year’s Ghoul Log is the first to be directly inspired by an iconic horror film. Trick ‘r Treat, released in 2009, has amassed a ravenous cult following and the Sam character has become a perennial Halloween icon inspiring a still growing line of toys, comic books, costumes, holiday décor, and theme park attractions.

ABOUT SHUDDER
AMC Networks’ Shudder is a premium streaming video service, super-serving members with the best selection in genre entertainment, covering horror, thrillers and the supernatural. Shudder’s expanding library of film, TV series, and originals is available on most streaming devices in the US, Canada, the UK, Ireland, Germany, Australia and New Zealand. For a 7-day, risk-free trial, visit ​www.shudder.com​.

ABOUT MICHAEL DOUGHERTY
Michael Dougherty is a writer, director, and producer best known for the cult horror comedies Trick ‘r Treat (2009), Krampus (2015), and the summer blockbuster Godzilla: King of the Monsters (2019). Beginning his career as an animator and illustrator, Dougherty’s animated work was featured on MTV, Nickelodeon, and a line of twisted greeting cards published by Nobleworks. He then became a screenwriter on X-Men 2 before making his directorial debut with Trick ‘r Treat, which starred Anna Paquin, Dylan Baker, and Brian Cox. Dougherty’s films have spawned a long and successful line of toys, comics, and other merchandise, along with theme park attractions at Universal Studios. Dougherty’s next project is a Hellraiser TV series with HBO, based on the classic Clive Barker horror film.

ATTACK OF THE MUSHROOM PEOPLE Now Available on Amazon Prime 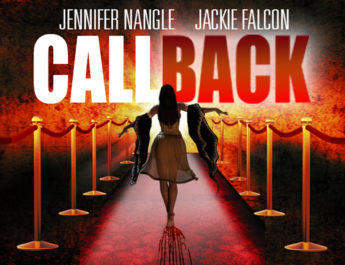 ‘The Exorcist’ Star Eileen Dietz Joining the Cast of Callback