ARCHENEMY has its World Premiere at the Beyond Fest Drive In Screening on Wednesday, October 7, 2020 at the Mission Tiki Drive-In.

Check out some photos from the premiere (photo credit: Lisa O’Connor), and more information about the film below.

In Theaters and On Demand and Digital December 11th 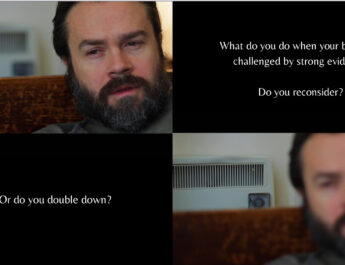