Here are some of the horror DVD/Blu-Ray releases for November 3rd!

Successful author Veronica Henley finds herself trapped in a horrifying reality and must uncover the mind-bending mystery before it’s too late.

Thirteen-year-old Jessica Daniels accidentally unleashes a demon from a reel-to-reel player which also happens to be a doorway to the dark side. She musters her science-fair-winning brainpower and recruits her two best friends to battle the beast and send it back to Hell before more souls are taken in the small town of Clarkston. BLU-RAY BONUS FEATURES: They Reach The Journey, Blooper Reel, Director’s Commentary, The Trio’s Commentary, Reel to Reel Slideshow.

On the shores of Lake Michigan, the eccentric Captain Seafield (Ryland Brickson Cole Tews, who also writes and directs) enlists a colourful crew of misfits in a bid to slay the hellish sea monster that prowls the murky depths. But as Seafield s obsession with exacting revenge on the creature that killed his father threatens to consume him, can weapons expert Sean Shaughnessy (Erick West), sonar whiz Nedge Pepsi (Beulah Peters) and former N.A.V.Y. Nautical Athletes and adVenture Yunit officer Dick Flynn (Daniel Long) hold the show together?

Faye, a former actress who lost her vision, struggles to put her life back together while living alone in her dream house in the hills. When a masked stranger named Pretty Boy shows up, Faye will soon realize that she is not as alone as she thinks. BONUS FEATURES: Behind The Scenes, Interviews, Music Videos, Audio Commentary, and more…

After an environmental disaster, four eccentric friends led by a disgraced baseball player must band together to defend Los Angeles from a swarm of bloodthirsty cicadas.

From Jason Blum, the producer of Paranormal Activity, The Purge, Get Out and Us, comes this gritty horror film starring Jessica Alba (Stretch, Sin City), Thomas Jane (The Punisher, Thursday), and Lily Rabe (Miss Stevens, American Horror Story). Follow the lone survivor of a religious cult mass-suicide as she returns to the scene of the tragedy for the first time, after 30 years, with a documentary crew in tow. What they unveil is more disturbing than they could have ever imagined. Written by Robert Ben Garant (Balls of Fury, Night at the Museum) and directed by Phil Joanou (Three O’Clock High, State of Grace).

A group of criminals are trapped in an abandoned cabin after an ancient evil is unleashed, and must fight to survive until dawn.

Everyone loves a good scare … but when a group of teen girls sets out to scare their reclusive new neighbor, what seems like a simple prank goes horribly wrong … and not all of them will make it home in Let’s Scare Julie, a white-knuckle thriller filmed in one uninterrupted, terrifying take. This terror in real time from writer/director Jud Cremata features an outstanding cast of young, up-and-coming performers, including Troy Leigh-Anne Johnson (A Babysitter’s Guide To Monster Hunting), Isabel May (Alexa & Katie), Odessa A’zion (Grand Army), Brooke Sorenson (Mighty Med) and Jessica Sarah Flaum (What/If).

A group of friends gather for the Holiday season in a remote lodge, but plans go awry when someone goes missing and the truth is disclosed. Christmas quickly turns to chaos and a bloody nightmare ensues in this eerie yuletide terror. A SHUDDER ORIGINAL.

Struggling writer Skip Larson receives the offer of a lifetime: collaborate on a novel with best-selling author Chester Everett McGraw. The catch? He must cut off contact with the outside world for the six months he will spend at Chester’s remote Texas ranch. Skip accompanies McGraw’s right-hand man Digger to the ranch, where he meets Catalina, the housekeeper, and beautiful Kara, whose job it is to entertain Skip. At first, all goes well. But Chester is an abusive taskmaster. And when Kara disappears, Skip suspects foul play. A romance with Catalina provides solace, but when Skip urges her to flee with him she refuses. Digger foils Skip’s escape attempt and he is now a prisoner. Skip appears to accept his fate. But when a disagreement with Chester leads to a fight, Skip is beaten before managing a desperate escape. While in hiding, Skip deduces the awful truth of Chester’s success. Now he must return to the ranch to rid himself of the deadly threat posed by his one-time hero.

Amid the bright lights of a casinos in the Nevada desert, Darya has escaped life as a vampire bride. Jure tracks her down and makes himself at home amongst the gamblers and drunks. As the bodies pile up, the law comes for them forcing a clash of immortals in a town of lost souls. 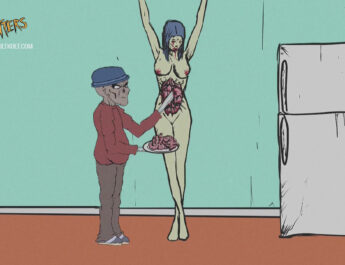 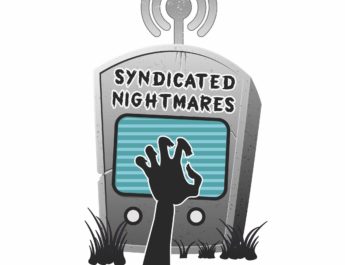