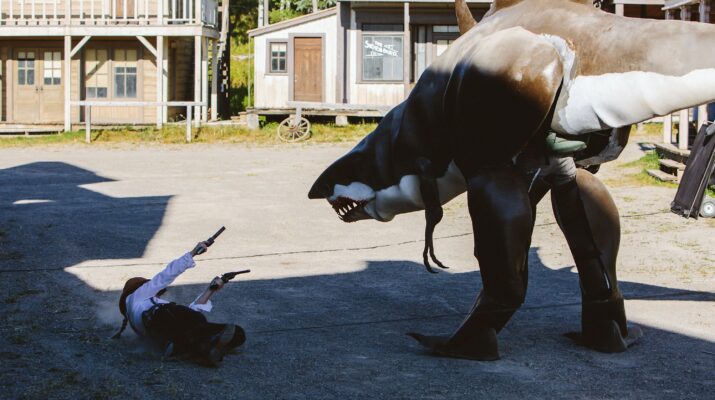 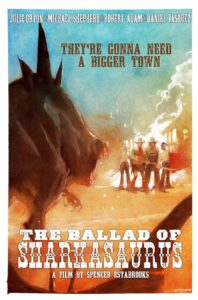 Part music video, part behind the scenes documentary, “The Ballad of Sharkasaurus: Music Video” is a quirky fun heartfelt ride that shows the passion, perseverance and creativity of independent filmmakers during the covid pandemic.

The song is part of Spencer Estabrooksʼ short film “The Ballad of Sharkasaurus” and is sung by a queer county singer song writer and star of the films, Robert Adam.

“As if shooting a short film with a 17 foot animatronic dino shark during a pandemic wasnʼt hard enough, I got an idea in my head that we could shoot a music video with Robert Adam at the same time.” Estabrooks says.

It wasnʼt easy though. They shot the short film and music video in 30 degree heat over a sweltering August weekend at the CL Ranch just outside of Calgary. The crew followed the recommended Covid protocols set out by ACTRA and AMPIA.

“It was really nerve wracking the first morning we shot. We had a temperature gun on set so we could check everyone and I kept thinking, what would I do if an actor or key crew showed up with a temperature? Weʼd have to shut down and weʼre not a big production so we donʼt have the budget to do a reshoot. Weʼd be screwed because we already bought the food and rented the gear.”

Estabrooks hopes the music video will show that if we take precaution we can keep the film industry going.

“It was hard, but there wasnʼt a single person on set that complained about wearing a mask because we were a part of something bigger, working towards something bigger. Thatʼs kinda why I love film.”

The music video was released today on Youtube, while the short film by the same name had its world premiere at the Blood in the Snow Film Festival and will be screening at Saskatoon Fantastic Fest on Nov 22. 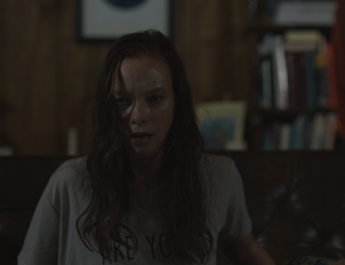 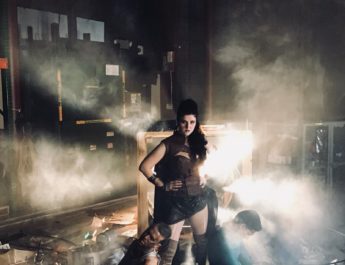