Capstone Global will introduce the hot title to buyers at the upcoming Marche du Film. CAA Media Finance and UTA Independent Film Group helped arrange financing for the film and will co-rep the US rights, alongside Capstone.

Bristol will direct from the Black List screenplay written by Doug Simon (Dimension’s Demonic). Principal photography on the edge-of-your-seat survival thriller will take place on location in Pennsylvania in this summer.

In Breathe, after Earth is left uninhabitable due to lack of oxygen, a mother Maya (Hudson) and her daughter Zora (Wallis) are forced to live underground, with short trips to the surface only made possible by a state of the art oxygen suit made by Maya’s husband, Darius, whom she presumes to be dead. When a mysterious couple arrives claiming to know Darius and his fate, Maya tentatively agrees to let them into their bunker, but are they all they appear to be?

“We are so excited about the incredible project that is Breathe,” said Thunder Road President of Production, Erica Lee. “Stefon’s vision for the film for the film feels more relevant than ever and we are thrilled at how this cast fiercely talented actors at the top of their game, has come together. We look forward to collaborating on another project with our friends and partners at Capstone.”

“We cannot wait to see this award-winning cast shine in Stefon’s pulse racing thriller, which is set to create a new creative benchmark in this highly commercial genre,” said Ruzanna Kegeyan, Head of Acquisitions, Capstone. “Our friends at Thunder Road continue to be the best of partners in the business, and we believe Breathe will be our greatest collaboration yet.”

Breathe is the sophomore film from Bristol, who previously collaborated with his Academy Award-winner mentor Spike Lee on his debut feature See You Yesterday. The Netflix Original film premiered at 2019 Tribeca Film Festival and garnered Bristol the nomination for the Best First Feature at the 2020 Independent Spirit Award where he also won for Best First Screenplay with writing partner, Fredrica Bailey. He is represented by UTA, Ellipsis Entertainment Group and Romola Lucas Law Firm.

Hudson won the Academy Award for Best Performance by an Actress in a Supporting Role for her feature debut in Dreamgirls. She has since starred Sex and the City, Gina Prince-Bythewood’s Secret Life of Bees, Spike Lee’s Chiraq and other acclaimed film and television projects, and most recently in the celebrated Aretha Franklin biopic Respect for which she received a SAG nomination and NAACP Image Award for Best Actress. She can next be seen in Silvia Carobbio, Catherine Hardwicke and Taraji P. Henson’s highly anticipated action-comedy Tell it Like a Woman. Hudson was named the 2022 Entertainer of the Year at the NAACP Image Awards.

Jovovich also starred in the megahit, six-film Resident Evil franchise, which has banked more than $1.2 billion worldwide. Its most recent installment, Resident Evil: The Final Chapter, grossed $312 million worldwide in 2016. Her other credits include The Fifth Element, Cymbeline and Stone. She is repped by CAA and Untitled Entertainment and Hansen, Jacobson, Teller, Hoberman, Newman, Warren, Richman, Rush, Kaller, Gellman, Meigs & Fox.

Wallis made history as the youngest actress to be nominated for an Academy Award for her performance in Beasts of The Southern Wild. She also starred in the iconic, All-American film, Annie, for Sony Studios, for which she went on to earn a Golden Globe nomination. Currently, she can be seen the Brian Grazer / Kevin Durant Apple TV+ series, “Swagger,” executive produced by Reggie Bythewood. She is represented by UTA, Moxie Artists, and Lichter, Grossman, Nichols, Adler, Feldman & Clark.

Avatar lead Worthington first rose to fame in his native Australia with his star making role in Cate Shortland’s Somersault, earning him an Australian Film Institute Award for Best Male Actor. His credits include the blockbusters Terminator Salvation, Clash of the Titans and Academy Award for Best Picture-nominee Hacksaw Ridge. He currently stars in the FX limited series “Under the Banner Of Heaven.” He is repped by CAA, Anonymous Content and Hansen, Jacobsen. 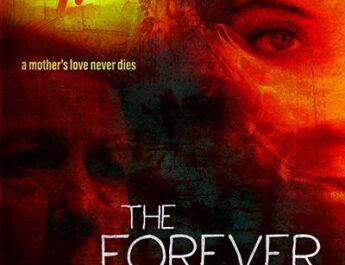 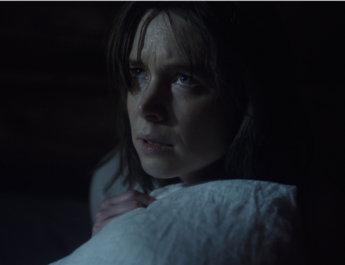