“There is a story told long ago that Ira Levin, H.P. Lovecraft, Kevin Smith and Robert Rodriguez met in a bar. On this night (after consuming far too much alcohol and possibly lots of other tangibles) they decided that they would form a dark collaboration. The Cursed Diary of a Brooklyn Dog Walker is the bastard child of this dark alliance.” -Fantasy Book Nerd

“Michael Reyes’ ‘The Cursed Diary of a Brooklyn Dog Walker’ certainly ranks as one of the strangest stories I’ve ever read. Imaginative and original.”

“If you’re into really dark and different, it’s a good read. I’d recommend.”

“I honestly did not know what to expect what I started this book, but when I started, I simply could not stop!” -Fantasy Book Nerd

“Reyes’ book is so much fun. It is a full throttle barrel ride that chucks everything at you, including the kitchen sink. And when it ended I was gasping for air.” -Fantasy Book Nerd

Those are just a few of the first reviews for…

Be the next to read and review this fantastic new book at:

The degenerate writer and former ward of state is trying to recreate himself in the slums of the Lower East Side, yet his past won’t stop haunting him.

Those violent memories of his dark nights on the road. The tormented faces of those he left behind. The relentless nightmares of that ancient, demon- stalked veldt with its covenant of blood and its master of shadow, dirt, and stars.

He must confront his own dark truth while exploring the depths of sexual depravity and obsession in Fear City during its Summer of Sam.

“This author is a master at building tension not only through plot but through setting and descriptions of little details as well. If you’re looking to be distracted and thrilled at the same time, you can’t go wrong- and you’ll be doing a lot right- by reading this.”

Clock’s Watch:
Chaos creatures attempting to breach our world possess the body of a young mother! Can a strange observer stop the threat from beyond, or will it spill out into Coney Island to devour all that’s in its path?!

The Black Balloon:
Spending his final days near Coney Island, Stefano Murphy has been noticing a mysterious character: Clock! Will Murphy’s past finally catch up with him, or will a demon Clock is hunting get to him first?!

Narrioch:
In his past as guardian of Narrioch, Clock has foiled the plans of powerful entities… The defeat of Mudiret has bought only a brief respite, and Clock soon finds himself the target of its master’s wrath!

The Indigo Mushroom:
Extra-dimensional entities have tampered with our universe, an alien mineral intelligence has arrived on Earth, and Clock’s buddy Sal has lost his job! Can Clock stop the vanguard of a mechanical invasion?!

The Cut Worm Forgives the Plough:
A lover’s tiff between Danny and his girlfriend reaches the next level when Maria is possessed by a demon! Can Clock reconcile the couple or are the blood and bodies strewn on the dance floor just too much!?

Crockett:
Clock hoped to have put the past behind him, his memories hidden as a perk of his job… But when the Indigo Mushroom calls out to him, Clock must confront a demon from his past or be destroyed by it! 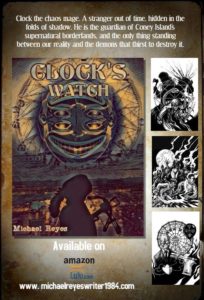 “I really liked the stories themselves. The various demons and monsters were interesting and creative. The stories were also wrapped up in a good manner with each one self-contained.”  -Sci-fi & Scary

“I think if you like Weird Occult pulp, this sort of thing would be right up your alley—I think one thing that is strongly to Clock’s benefit is that rather than being a throwback in time, setting stories in the pulp era, Reyes takes the classic weird occult format and places it in the modern day. So rather than pastiche or homage, Clock feels more like a contemporary, new weird* (but not New Weird) occult adventure series.” -Cirsova

“Reyes’ riotous creativity is almost overwhelming. So much weirdness goes on that, even though most of it’s explained, it’s difficult to really understand. Oftentimes, that sort of writing just irritates me, but here it’s incredibly valuable at creating the sense of a deep and dangerous world that lurks below the boardwalk and inside dirty motel rooms along the Brooklyn shore.” Fletcher Vredenburgh, Black Gate Magazine 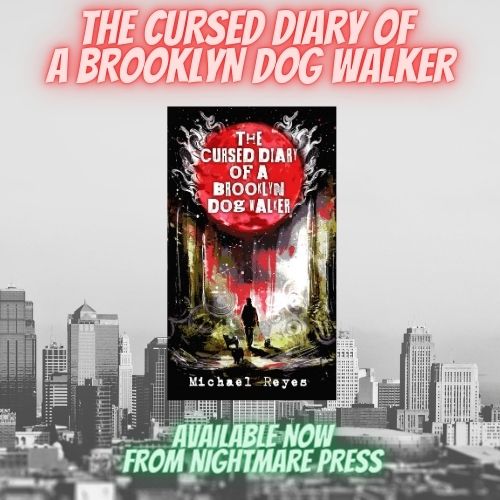 Michael Reyes is an author from Brooklyn living in the Bronx. He writes a dark urban fantasy series named Clock’s Watch. 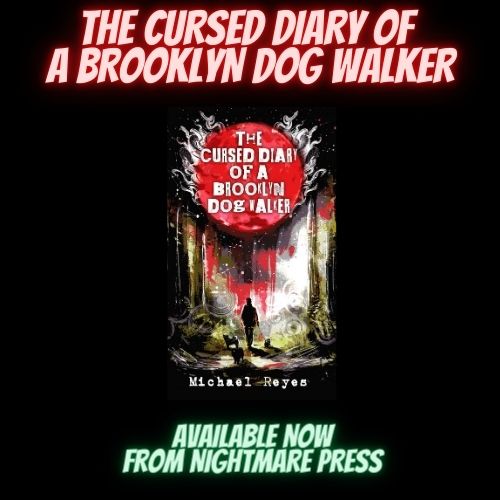