Cinedigm (NASDAQ: CIDM) announced today that the Company has acquired Fandor®, the leading global independent film subscription streaming service with the largest collection of independent films, documentaries, and international features in the market.

Called “The Netflix for Indie Film” by The Wall Street Journal and “A streaming rabbit hole worth falling down” by The New York Times, Fandor® has been delighting film-loving audiences around the world for more than a decade, with its catalog of over 4,600 film titles from more than 400 global and diverse partner film companies. Fandor’s acclaimed film offerings range from high-quality studio classics to festival favorites to essential award-winning foreign cinema features.

Tapping into the $4.8 billion-dollar global market for independent film, Cinedigm plans to leverage its substantial content library, technology, engineering and distribution capabilities to rapidly expand Fandor’s content offering, relaunch the service’s apps and dramatically expand distribution to Cinedigm’s global footprint of over 900 million connected devices. The Company anticipates the service could reach seven figure subscriber levels within the next 24-30 months with a focus on rapid global expansion and distribution. Cinedigm will continue to offer the service ad-free, but also plans to offer a free, ad-supported on-demand tier as well as a linear streaming channel to further broaden the service’s reach to audiences of all viewing preferences. 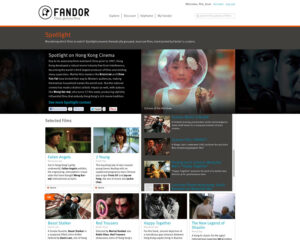 Cinedigm plans to heavily draw from a pool of more than 7,000 relevant film titles in its library, including thousands of classic, cult and foreign titles from streaming service The Film Detective, which it acquired in December 2020. The Company also plans on ramping up new and existing content partnerships with distribution partners from around the globe to make Fandor the preeminent destination for emerging global voices. The Company also plans to relaunch Keyframe, Fandor’s web and video-based publication dedicated to covering the art of cinema. Phil Hopkins, President of Cinedigm’s Film Detective division and life-long cinephile, will oversee Fandor and Keyframe, with the goal of relaunching the service in the coming quarter.

“This acquisition of Fandor, coming on the heels of our Film Detective acquisition, solidifies Cinedigm’s position as the leading global streaming company for independent films,” said Chris McGurk, Cinedigm Chairman and CEO. “As a key element of our recently announced streaming rollup strategy, Fandor will immediately benefit from our streaming distribution muscle, huge library of independent films, Matchpoint technology, cost savings and infrastructure and synergies with our wide portfolio of enthusiast streaming channels. We fully expect an immediate EBITDA uplift from Fandor and strong revenue and profit growth going forward.”

“The paradox of the streaming revolution is that it has never been harder to discover classic, essential and new independent and foreign films,” said Erick Opeka, Chief Strategy Officer and President of Cinedigm Networks. “The founders of Fandor had the right idea, launching very early in the streaming growth cycle while still establishing a strong and resilient brand and viewer base. Our mission at Cinedigm is to enable viewers, including independent film enthusiasts, to stream their passions, and I can’t think of a streaming service that is truer to our mission than Fandor.”

“The opportunity to leverage Fandor’s passionate community of independent film enthusiasts will be integral in the service’s growth,” said Phil Hopkins, President of The Film Detective.  “Being able to communicate and collaborate with this community of content creators, bloggers, and editorial writers will allow us to significantly expand Fandor into the global focal point for streaming independent films, documentaries, classics and foreign films.”

The Film Detective service trailer can be seen here: https://vimeo.com/189045960

ABOUT CINEDIGM
For more than twenty years, Cinedigm (NASDAQ: CIDM) has led the digital transformation of the entertainment industry. Today, Cinedigm entertains hundreds of millions of consumers around the globe by providing premium content, streaming channels and technology services to the world’s largest media, technology and retail companies. For more information, visit http://www.cinedigm.com

ABOUT FANDOR
Fandor streams thousands of handpicked, award-winning movies from around the world. With dozens of genres that include Hollywood classics, undiscovered gems, and the latest festival favorites, Fandor provides curated entertainment and original editorial content on desktop, iOS, Android, Roku, Apple TV, Chromecast, Amazon Prime, and throughout social media. With a rapidly expanding library and innovative partnerships, Fandor’s goal is to captivate and inspire a global community of movie lovers. Learn more at http://www.Fandor.com 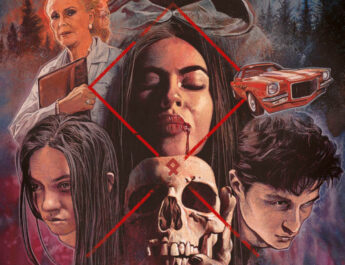 Official Trailer & Poster for “Night of the Devil”