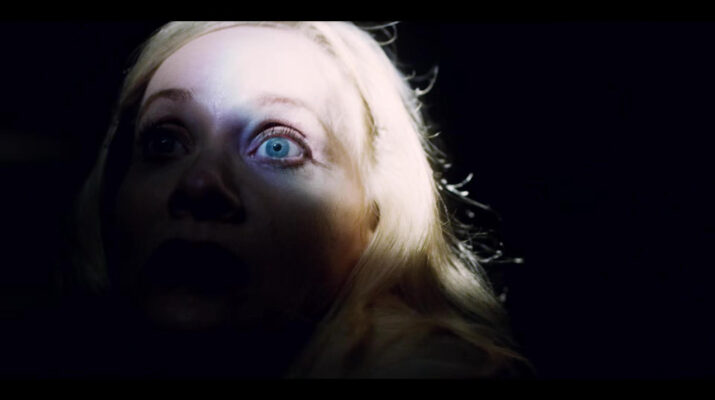 RLJE Films, a business unit of AMC Networks, and Shudder, AMC Networks’ premium streaming service for horror, thriller and the supernatural, have acquired the North American rights to the horror film, JAKOB’S WIFE, ahead of its world premiere at this year’s SXSW Film Festival. RLJE Films plans to release the film in theaters and on Demand on April 16, 2021 and Shudder will premiere the film on its platform in later in the year.  Shudder has also acquired UK, Ireland, Australia and New Zealand rights.

“We’re thrilled to acquire JAKOB’S WIFE ahead of its world premiere at SXSW,” said Mark Ward, Chief Acquisitions Officer at RLJE Films. “This film has already garnered tremendous following during production, and we’re confident JAKOB’S WIFE will be well received at the festival.”

In JAKOB’S WIFE, Anne is married to a small-town minister and feels like her life and marriage have been shrinking over the past 30 years. After a chance encounter with “The Master,” she discovers a new sense of power and an appetite to live bigger and bolder than before. As Anne is increasingly torn between her enticing new existence and her life before, the body count grows and Jakob realizes he will have to fight for the wife he took for granted.

JAKOB’S WIFE is an AMP production, produced by Bob Portal (It Came From The Desert), Inderpal Singh (The Hoarder), Barbara Crampton (Beyond The Gates) and Stevens.  Ward and Jess De Leo from RLJE Films and Emily Gotto from Shudder negotiated the deal with James Norrie and Nina Kolokouri of AMP International on behalf of the filmmakers.

AMP International is an international sales, financing and production company set up by James Norrie and Nina Kolokouri with Alliance Media Partners’ Bob Portal and Inderpal Singh.  AMP International sells, finances, markets, packages and produces films by new and established filmmakers. With over 20 years of sales, marketing and production experience, and the resources to fully or part finance projects from its own equity and gap funds, the AMP group is a one-stop shop for filmmakers.

Barbara Crampton has been an iconic figure in horror for 35 years. With memorable roles in Re-Animator, You’re Next and We Are Still Here and numerous other films, her influence as an actress reflects a deep and long relationship with the genre. Crampton’s recent move into producing with Beyond the Gates, Castle Freak 2020 and now JAKOB’S WIFE confirms her presence as one of the leading female voices in independent horror today.

Travis Stevens’ writing and directorial debut was Girl on the Third Floor, premiered at SXSW, which was the 2019 Fangoria Chainsaw Award winner for Best First Feature.  Travis is the award-winning producer behind Snowfort Pictures (Cheap Thrills, Jodorowsky’s Dune).