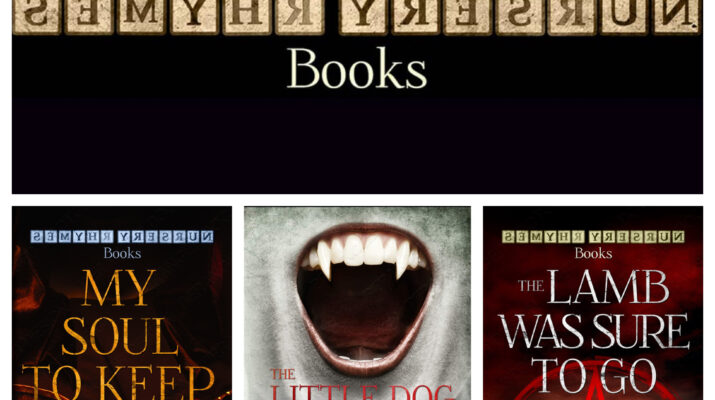 Promotion
March 11, 2021
Posted By: HorrO 0 Comment horror, Jackie Sonnenberg, My Soul To Keep, promote horror, promotion, Spread the Horror, The Lamb Was Sure To Go, The Little Dog Laughed, THE YRESRUN SEMYHR BOOKS

“There are some things Mother Goose left out…” 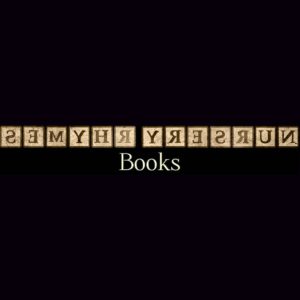 Get the novels inspired by the classic nursery rhymes, but with sinister twists.

When thirteen-year-old Sky Monroe arrives at her new boarding school, all she can think about is death and connecting with the afterlife. Soon she discovers her school’s spirituality group called Guardians of Light—and they have a secret. The Guardians of Light can speak with the dead… When Mitchell Brooks, the teacher and leader of the group, reveals this unnerving secret to Sky—though this is exactly what she believed she wanted—she learns the organization is rapidly becoming a cult. Now she’s concerned she and her friend Damien will not be permitted to walk away.

Danger and death lurk around every corner… The campus house, where Sky resides, is haunted, and the spirits have their own agenda. December 21, 2012 threatens the end of the world, and Mitchell and the spirits have special plans in store. They just might bring Sky closer to the afterlife—and possibly beyond—than she ever imagined.

Sky is looking for a connection to the afterlife, but what she finds may be more than she bargained for…because what lies after life is death.

“I was hooked right away. The characters were engaging and the writing was visual, drawing me into this fictional world. The story was clever, unpredictable, mysterious and little bit scary.”

“I absolutely loved this read! It definitely kept me interested the entire time. It was honestly hard to put down. Honestly I have always been interested in reading about Cults and how someone could be so brainwashed by another.”

“I was completely involved in the book, I couldn’t put it down. The author did a wonderful job of building each character. She did a great job of progressively making the story interesting and creepy at the same time. I always find myself, when enjoying a book, how great of a movie it would be, who’d I would cast, etc. I found myself doing that with this book.”

Jump into the series today by getting your copy at…

There will be no laughing at this next book…

The biggest secret in the Wellington house is not that they are a very wealthy family of vampires.

The biggest secret is what is hiding upstairs…a fresh blood source always ready to be drained.

Before Felicity married Conrad Wellington she was a struggling teenage mother, and when the family takes her in, she knows they would never do so if they knew of the irresponsible decision she had made. She hides her son Isaac away until she can think of a better solution…until she discovers that Isaac has a rare blood type that the family craves and can never find.

Isaac is AB Negative, and that blood is the most delicious and nutritious of all. She makes the decision to keep Isaac hidden and raise him as a personal blood donor, collecting his blood and putting him on the best kind of diet to make sure he always provides what is good and tasteful.

Yet, there are things brewing inside Isaac that might not be so good.
His own poison spreads faster than anyone could see coming, developing its own taste for destruction to everyone and everything that comes in contact with him. And it feeds a part of him that enjoys it more than anyone else could.

Sometimes good blood can go bad. The more Isaac grows the more this dangerous side does, and it does not want to remain locked up for long. 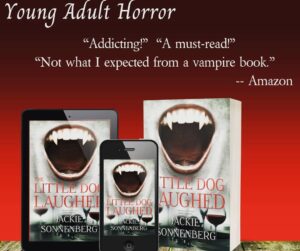 “If you are looking for a meaty read to feed on your quarantine boredom, this is a tasty book to sink your fangs on. At first glance, it might appear to be your typical YA vampire yarn. But like the previous two Nursery Rhymes books, Jackie Sonnenberg knows how to create a familiar tale, then completely flip it to uncharted territory, with some mangled body parts on the side.”

“WOW!!! Another spectacular book by Jackie. Easy to read. Filled with suspense and plenty of action. No matter how hard you try you just can’t put it down!!!! Loved it!!!”

“Sooo good! Addicting! I couldn’t put it down! Super easy read, great characters! Did NOT expect the ending! A must read!”

Get addicted today by getting your copy at…

And you can’t have nursery rhymes without… 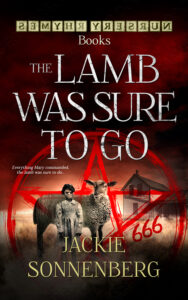 Mary had a little Lamb. Its fleece was white as snow. Everywhere that Mary went the lamb was sure to go.

The Antichrist has been born, and Father Atticus knows it…

Father Atticus is plagued with visions of foreboding evil, but no one will believe him. They call him crazy and lock him in an asylum. Outside the walls of his cell, he can feel it growing stronger, year by year. The blood is already flowing. Satan’s sacrifice has begun. If the priest doesn’t escape soon, it will be too late. A strange, grotesque little girl, and her horrifying pet… Mary is shunned and hated by the other children, her teachers, even her parents, who nearly killed her at birth. Mary is loyal only to Lamb, and to the Voice, which guides her and gives her purpose. Those who wronged her will soon be fodder for the one she serves, their deaths feeding his power and bringing about an even greater evil…

Is the world ready for its new master? 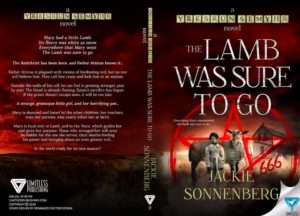 “I definitely enjoyed this book! It puts a unique twist on Mary had a little lamb. I watch and read a good deal of horror and some parts of this book actually grossed me out. I don’t usually feel bad for the antagonist but there were times when I did in this book. I would recommend this book to any horror or thriller fan.”

“So get ready for Jackie Sonnenberg to freak you right out! My favorite genre is horror and I was extremely excited to read The Lamb Was Sure To Go. Be ready for your pants to be scared off, I mean what more could you possibly want? Edge of your seat and eyes glued to the pages with visualizing horror.”

“This book will make you never look at fairytales the same… If you love very very dark read this is for you!!!”

Get the latest book in this must read series today at… 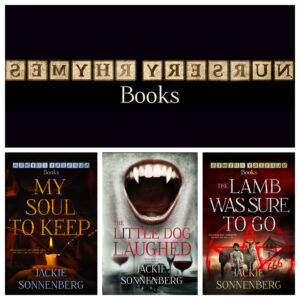 -PH: Can you explain the title of the collection, YRESRUN SEMYHR, in case readers didn’t catch what’s happening there?

-Jackie: It’s Nursery Rhymes spelled backwards! I wanted to have the same effect as “redrum” which has become so iconic from the book and movie, The Shining by Stephen King. Looking at the words, YRESRUN SEMYHR, feels both disturbing and strange and since all the versions of nursery rhymes in my books are all twisted and “backwards” — it feels just right! 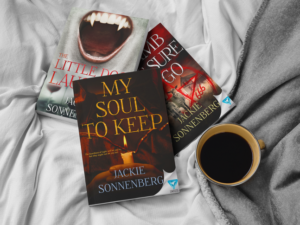 -Find more of her books

-Read more about her

-Learn about her appearances 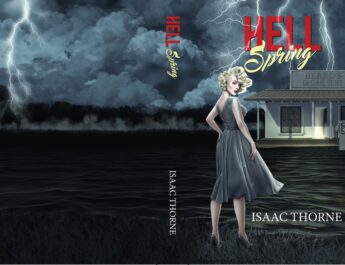