“Kristy just wants to check on Mark’s safety, it’s scary out there.”

Andrew Jara’s award winning short film, Wellness Check, premiered Wednesday, March 17th, 2021 under his Nothing Ventured Media banner! Starring Katherine Smith-Rodden as Kristy and Adam Bussell as Mark, Wellness Check, was filmed in August in the mist of the pandemic.  Jara chose to direct the film from Zoom and let his actors shoot their scenes themselves. This was done to stay safe and follow CDC guidelines.

Andrew wanted to explore if we really know who is on the other side of the screen.  He always wanted to challenge himself to make something during the pandemic to show that you can follow your dreams even when the world is locked down.

“The Inheritance” On Demand and DVD April 13th 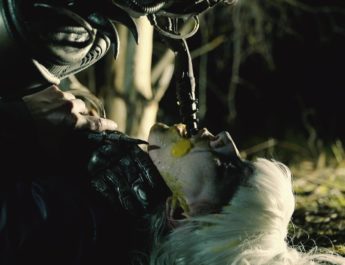