Crackle Plus, a Chicken Soup for the Soul Entertainment (Nasdaq: CSSE) company and one of the largest operators of streaming advertising-supported video-on-demand (AVOD) networks, today announced the upcoming content releases planned for April.

Crackle Plus linear and VOD networks are available in the U.S. and can be accessed on 29 devices and services including Amazon FireTV, RokuTV, Apple TV, Smart TVs (Samsung, LG, Vizio), gaming consoles (PS4 and XBoxOne), Plex, iOS and Android mobile devices and on desktops at Crackle.com. Crackle is also available in approximately 500,000 hotel rooms in the Marriott Bonvoy chain.

Season 2 of Going From Broke, co-produced by Ashton Kutcher and Chicken Soup for the Soul Entertainment, features an innovative format to bring the stories of six young people embarking on a journey to a debt-free life during a time of pandemic-induced financial turmoil. During the six weeks of production of season 2, Crackle will shoot and air segments in “real time” taking audiences inside the dramatic process of financial transformation while inviting viewers to participate in the conversation via social media. The completion of the cast’s journey will be aired during the season 2 premiere on May 20.

Reiss Gibbons (Alex Montagnani) is on the cusp of cementing himself as the greatest to ever step inside the LEGENDS cage. With five title defenses under his belt, and the support of coach and mentor Marcus (Chuck Liddell), Reiss has it all. But when Savvy promoter Max Black (Gina Gershon) pits him against pro wrestling super star Randy Stone (AEW Champ Jon Moxley) in the company’s first ever cross-promotional event, Reiss finds himself in the toughest fight of his life. With Luke Rockhold and Jay Reso.

Insurance claims investigator Max (Nikolaj Coster-Waldau) follows the clues of a mysterious death to the remote Hotel Aurora, a unique and secretive facility that specializes in assisted suicide. His investigation uncovers disturbing revelations that force Max to question the very nature of life and death, and the realization that he may not be able to escape.

The Crackle team gives you a one-two punch with these action-packed blockbusters of battle AND Hollywood legend Nicolas Cage! Get ringside seats with titles like Lords of War (Nicolas Cage), the Crackle exclusive feature Cagefighter (Gina Gershon), the Crackle original documentary feature Lennox Lewis: The Untold Story, and Against the Ropes (Omar Epps and Meg Ryan).

Looking for some content that will allow you to soar into a world of adventure? The Crackle team has your first-class ticket to begin your journey with titles like Air Force One (Harrison Ford), Galaxy Quest (Tim Allen), Sky Captain and the World of Tomorrow (Angelina Jolie), and Hanover Street (Harrison Ford).

Get ready to get your tea and crumpets on with this collection of hit UK films and shows. Your friends from Crackle will give you the full British experience with titles like Bramwell, Doc Martin, Brick Lane, and Bridget Jones’s Baby.

Pop that corn and gather the fam because we’ve got JUST the channel for your crew! Your Crackle family puts a little zip into the usual family flicks offerings with titles like Spy Kids 2 (Antonio Banderas), The Prince and Me (Julia Stiles), Big Top Pee Wee (Paul Reubens), and Going Ape! (Tony Danza). 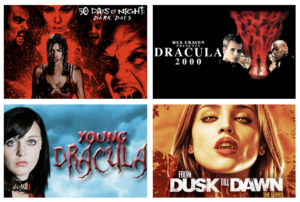 Just because it’s now Spring doesn’t mean that can’t still be a little chill in the air. Let these creepy hits take a bite out of your evening with titles like 30 Days of Night: Dark Days, Wes Craven Presents: Dracula 2000, Young Dracula, and From Dusk Till Dawn: The Series.

This film charts the rise and fall of Yuri Orlov (Nicolas Cage), from his early days in the early 1980s in Little Odessa, selling guns to mobsters in his local neighborhood, to his ascension through the decade of excess and indulgence into the early 90s, where he forms a business partnership with an African warlord and his psychotic son.

Harrison Ford is the President of the United States, a leader unyielding in his opposition to negotiating with terrorists. But when Russian neo-nationalists hijack Air Force One with the First Family on board the President’s beliefs and courage are put to the test.

An aging hitman (Liam Neeson) is forced to take on his brutal former boss to protect his estranged son and his family.

If your commandment in this season is to get more Charlton Heston, the Crackle team is here to help! In this classic historical tale, the growing ambition of Julius Caesar (John Gielgud) is a source of major concern to his close friend Brutus (Jason Robards). Cassius persuades him to participate in his plot to assassinate Caesar, but they have both sorely underestimated Mark Antony (Charlton Heston).

Jerry Welbach (Brad Pitt) is given two ultimatums: His mob boss wants him to travel to Mexico to get a priceless antique pistol called “The Mexican” or he will suffer the consequences. The other ultimatum comes from his girlfriend Samantha (Julia Roberts), who wants him to end his association with the mob.

The alumni cast of a space opera television series (Tim Allen, Sigourney Weaver) have to play their roles as the real thing when an alien race needs their help. However, they also have to defend both Earth and the alien race from a reptilian warlord.

As the proprietor of a motel, Chloe (Alice Eve) is in financial trouble and has let Billy (Logan Marshall-Green), a corrupt cop, take advantage of her situation. One night, Topo (Bryan Cranston), a hardened Polish career criminal, stops over at the motel while en route to deliver cash to an unknown boss. A cloud of mayhem and murder descends on all involved.

From Dusk ‘Till Dawn: The Series (Premiering April 1st) 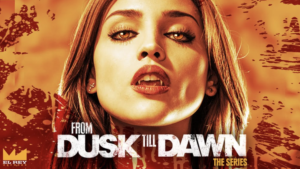 A Texas Ranger is in hot pursuit of the infamous Gecko brothers and their hostages. They all end up trapped in a desert bar secretly run by vampires and discover a dark conspiracy of the undead. Based on the hit Robert Rodriguez film series and you can catch the second and third installments of those films on Crackle now!

When a presidential candidate dies unexpectedly in the middle of the campaign, Washington, D.C. alderman, Mays Gilliam (Chris Rock) is unexpectedly picked as his replacement.

Benefit Of The Doubt

Beyond The Spectrum – Being Taken

Beyond The Spectrum – Maussan’s UFO Files

Beyond The Spectrum – The Underground

Beyond The Spectrum – The Unwonted Sasquatch

Dracula: Lord of the Damned

Edges Of The Lord

Fire In The Sky

House Of Sand And Fog

Into Thin Air: Death On Everest

Sky Captain And The World Of Tomorrow

The Prince and Me

Till Human Voices Wake Us

Deals From The Dark Side (Season 1, 13 episodes) (Premiering April 15th)

From Dusk Till Dawn: The Series (Season 1, 10 episodes)

From Dusk Till Dawn: The Series (Season 2, 10 episodes)

German Fairy Tale SNOWFLAKE to be Released on DVD/VOD