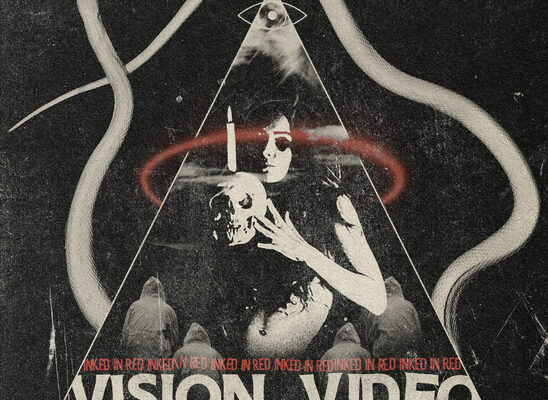 SONGWRITER DUSTY GANNON DISCUSSES EXPERIENCES THE PAST YEAR ON THE FRONTLINES OF COVID AS A PARAMEDIC WITH THE ATLANTA F.D. AND AS A FORMER CAPTAIN IN THE U.S. ARMY STATIONED IN AFGHANISTAN AT THE TALKHOUSE – READ + STREAM “SIREN’S SONG”

VISION VIDEO WILL CELEBRATE INKED IN RED WITH A LIVESTREAM PERFORMANCE, MAY 20 – TICKETS HERE 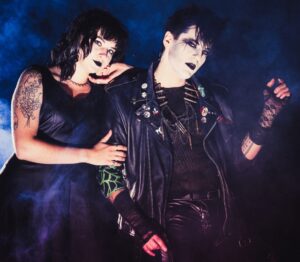 Athens, Georgia quartet Vision Video has released their latest single, “Siren’s Song,” available to stream via Talkhouse, where songwriter Dusty Gannon discusses his experiences the past year on the frontlines of COVID as a paramedic with the Atlanta Fire Department and as a former Captain in the U.S. Army, stationed in Afghanistan. “Siren’s Song” is featured on Vision Video’s upcoming, debut album Inked In Reddue out next Friday, April 16 and included in Paste’s ‘Albums We’re Most Excited About In April’. Pre-order Inked In Red.

Discussing the single, Gannon stated, “‘Siren’s Song’ is a track that Emily [Fredock] and I co-wrote, and therefore has separate meanings for us both. On Emily’s behalf, the song was about a failed relationship, and the desire to recover that relationship. For myself, I framed that emotional landscape as a metaphor for my strange, recurring desire to go back to a warzone or be in emergency situations. Once you’ve been through something like a war, or worked as a first responder, other things in life can be pale in comparison, so the allegorical “siren” in the song is that strange voice in my head that tends to pop up to say, ‘You need me. You belong here.’ I think this song is fundamentally about looking at something you know is not good for you, but being seduced by it’s undeniable allure.

Emily set the lyrical foundation of the song, which I put my spin on. We then collaborated on the sonic aspects: the guitars are very doom-laden, but the keys are bright and high in the mix. This was by design to evoke a dualism, where the listener infers both a beauty and danger simultaneously. This is definitely a track for anyone who has been to the brink of an emotional or literal oblivion. Given the circumstances of the past year, I think we can all identify with that.

Vision Video will celebrate the release of Inked In Red with a special livestream performance, May 20, 9pm EST – purchase tickets here.

Through his experiences in the Army and as a paramedic Gannon has seen more horror in real life than in the classic movies he draws inspiration from. When not saving lives on the front-line, Dusty dons torn fishnets, combat boots and makeup to play post-punk that recalls the genre’s heyday when the lines between goth-rock and pop blurred. 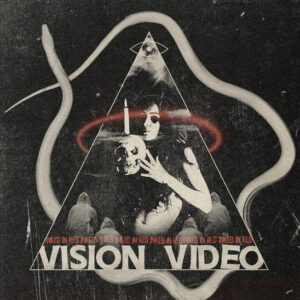 Hidden within Vision Video’s catchy hooks and danceable beats is a nostalgic yet desperate message exploring the darker undertones of our existence. At its core, Inked In Red, recorded with producer Tom Ashton of The March Violets, looks inward to understand the effects of war and the global pandemic. Dusty’s experiences in service have imparted an authentic gravitas to the music, revealing a cautionary tale of unhinged mental illness born of trauma. Sonically, this is reflected in every chord and melody through its enticingly gothic yet often upbeat nature, imparting a duality of mania that, simply stated, is real malaise and existential dread that cannot be made facsimile.

Dusty left the active duty Army and decided to move back home to Athens, GA after being disillusioned with his experiences from the war. “I just knew that I couldn’t keep on supporting something that was fundamentally against my nature as a human being,” he says of his return from military service. As a native of Athens, he recalled the rich music scene that he grew up around. “It just made total sense to go back. I knew in my heart that I wanted to play music, as I had been writing about my experiences during the war and I knew it was a message that needed to be heard.”

Shortly before the world entered the pandemic, Dusty assembled a band with classically trained pianist  Fredock on keys and vocals, Dan Geller – the producer behind the synth-pop act, I am the World Trade Center – on bass, and Jason Fusco of the punk band Shehehe on drums.

Inked in Red is a culmination of Gannon’s experience dealing with trauma, but the band is all about having the time of your life: “While the subject matter of Vision Video is full of real-life terror and monsters, I want our listeners to feel the same thrill of the teenage Friday night horror movie rental. They say that when looking into the void, it looks back into you, but it will damn well see us dancing our ass off.”

Days of the Dead Atlanta 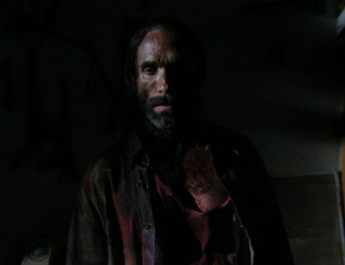