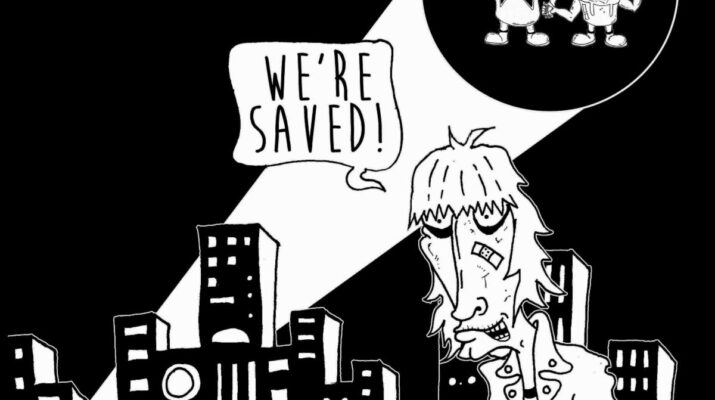 World War IX emerge from the worst pandemic in over 100 years with a new singer, album, video, and comic book series. They’ve also been picked up by the Turkish punk rock label Kafadan Kontak Records, who has been an integral part in getting the band world wide radio play.

To help promote the record, their outrageous new front man Johnny Celentano just completed a third video (from the EP Phoning It In) for the new single Larry’s House. Fans of Troma, and the early work of John Waters, will no doubt have a laugh at WWIX’s expense.

Celentano is known for creating the popular adult card game Shit Happens which served as the basis for the TV game show The Misery Index. Before WWIX, he served as the lead singer for New Jersey punk band Citizen Blast Kane.

Phoning It In is now available on 10″ vinyl at bandcamp.

“World War IX fills the needed gap for nasty, sloppy, reckless abandonment that seems to have declined with the rise of the Internet,” said John Gentile in a review for Punk News. “Perhaps what is most interesting is that for all the finger pointing the band does, they don’t come across as holier-than-thou, if only, because they paint themselves as a bunch of wasted jerks with a sense of humor.”

Thank God It’s Monday is the no-holds-barred bio comic exploring what went into forming the band as told through the eyes of Melkmann. It details his unflinching transformation from a rabid adolescent record collector, to a burnout music fanatic, to finally a joker who, when faced with his own mortality, forms a band of his own. 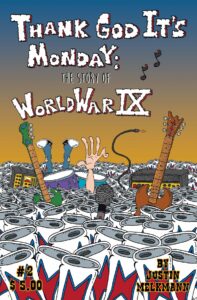 “How do you feel about vintage American punk? I’m talking about the stuff that is angry and fun at the same time. I’m talking about early Black Flag, Circle Jerks, Adrenaline O.D., Rich Kids On LSD (RKL), Flag Of Democracy (FOD), Mucky Pup, Spermbirds, Murphy’s Law, et al. I’m talking about guitars plugged straight into amps with no effects, lots of gang vocals, groove for days, beats that just keep on beating. Yeah, me too. Rejoice! World War IX is here for you. For me. For us. For punk” – MASS MOVEMENT

“World War IX seem to be on a whole other mission to irritate some people, satisfy the old schoolers looking for something true to the core, and most of all, do it in such a quick period of time that if you love them you want more and if you hate them, they are happy they made you hate them in less than 10 minutes.” – IN CROWD ZINE

DELUSION, The Vanguard Of Interactive Theatre, Returns To Los Angeles