Fried Barry follows the story of a drug-addled degenerate who, after yet another bender, gets abducted by aliens. Barry takes a backseat as his alien visitor assumes control of his body and takes it for a joyride through Cape Town. What follows is an onslaught of drugs, sex and violence as Barry’s alien tourist enters the weird and wonderful world of humankind. 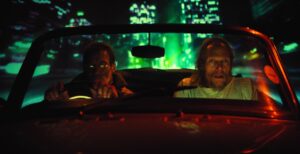 The feature directorial debut from award-winning music video director Ryan Kruger and starring newcomer Gary Green, the genre pushing, acid-washed, sci-fi horror has been praised by critics and embraced by fans around the world.

The film, which is a feature adaptation of Kruger’s acclaimed experimental short by the same name, is produced by James C. Williamson and Kruger and executive produced by Nicolai Fuglsig (12 Strong). Williamson shares a story credit with Kruger who serves as both writer and director. The expansive cast is led by Green alongside Bianka Hartenstein, Sean Cameron Michael (Shooter, Blood Drive), Chanelle de Jager (The Widow, Outlander), Joey Cramer (Flight of the Navigator) and Jonathan Pienaar (Blood Diamond, Roots). 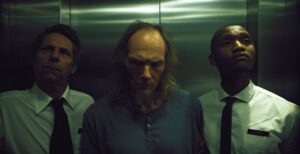 Fried Barry will stream exclusively to Shudder on May 7 in the US, Canada, UK, Ireland, Australia, and New Zealand, as well as via the Shudder offering within the AMC+ bundle where available. 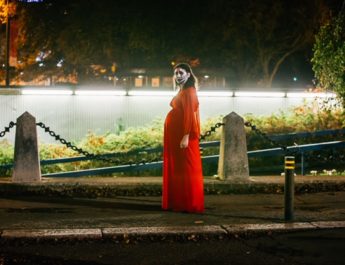 “ABRAKADABRA” of the Onetti Brothers is Presented in Sitges