ON THE SEASON FINALE OF GHOST BROTHERS: LIGHTS OUT,

New Episodes of PARANORMAL CAUGHT ON CAMERA Capture Shocking Unexplained Evidence, Including Fairies and a Baby Doll That Has Come to Life

A man in New Mexico leaves his car in an attempt to track Bigfoot. A mom in Georgia believes her triplets are speaking to a supernatural entity. A prayer altar in Singapore is visited by a bright orb.

“Shadow Figure 911 in Georgia and More” – Begins Streaming Friday, May 21

“Spiteful Spirit and The Portal” – Begins Streaming Friday, May 14

The demonic product of an exorcism terrorizes a nurse throughout a hospital. A long-term care worker’s life is plunged into chaos when the facility comes alive with paranormal activity.

“The Hand of Death, The Restless Dead and The Ghost in the Picture” – Begins Streaming Friday, May 21

A woman and her brother are chased from an abandoned hospital by a terrifying ghost. A recreational therapist experiences unsettling sights and sounds at a long-term care facility. A skeptical nurse finds proof that there is love and life after death.

The Ghost Brothers – Dalen Spratt, Juwan Mass and Marcus Harvey – are flipping the switch in their new discovery+ series GHOST BROTHERS: LIGHTS OUT. The dopest brothers on television hunting ghosts, these candid and unorthodox paranormal investigators explore disturbed hotspots across the country, checking out and sizing up local legends and supernatural stories. They are ready to expose the haunted holdouts still hanging around these locations … and why they don’t leave. Marcus and Juwan kick off each investigation by entering haunted sites without any prior knowledge of the paranormal territory they are walking into. Dalen, on the other hand, knows all the creepy history. Observing from his own mission control center, he guides his friends through the most active areas of the property. Going in blind, Marcus and Juwan must discover for themselves what matches up with the legend and what does not. [Hour-long episodes]

Dalen Spratt, Juwan Mass and Marcus Harvey check into Wisconsin’s Karsten Hotel to uncover which spirits reside in the once luxurious lodgings. Once the lights go out, they discover that the terrifying ghostly whispers may reveal unexpected secrets about the hotel’s past.

Dalen Spratt, Juwan Mass and Marcus Harvey climb aboard the USS Lexington to confront a dark paranormal presence. As they dive into the World War II aircraft carrier’s history and make contact with restless spirits, they reveal there is more to the haunting than anyone expected.

With people the world over using cell phones, CCTV and dashcams, more paranormal phenomena is being captured than ever before. In this series, viewers will hear firsthand from those who recorded the remarkable footage and meet experts who will attempt to explain the – often terrifying – unexplainable. [Hour-long episodes]

A ghost gets the last laugh during an investigation at a haunted pub. A house has some seriously scary skeletons in the closet. A man’s walk in the woods takes an extraordinary turn.

“Attack of the Owlman, Legend of Loch Ness and Shop of Horrors” – Begins Streaming Sunday, May 23

Paranormal investigators are in grave danger while looking for a legend in a Cornish cemetery. Locals hunt for the Loch Ness Monster in the highlands of Scotland. A spirit goes on a shopping spree in Suffolk, England.

Premieres Saturday, May 22 at 9 p.m. ET/PT on Travel Channel

“Undergods” – Coming to Theaters and Available On-Demand May 7 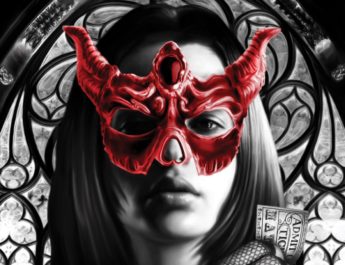