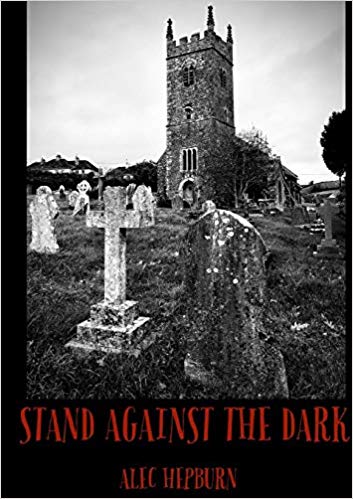 The sleepy village of Ivyford nestles deep in the Devonshire countryside. Kevin Anderson, the local vet leads a quiet life with his wife and four month old son. As summer turns to autumn and sunny evenings draw in, Kevin disappears without a trace. He wakes to a horror that seems to have been created from his deepest fears. Cut off from his friends and family, he struggles to survive in a strange, yet horribly familiar world.

Seventeen years later, Kevin’s son, Danny is studying A levels at the local college. Danny has been diagnosed as autistic and his life is filled with everyday challenges and obstacles to overcome. With Christmas just around the corner, he befriends Rachel Annis, who will have a profound impact on his life.

Strange shadows stalk the streets and the dead are returning from the grave. Life for Danny and the villagers of Ivyford is about to change. Something ancient and evil is stirring in the darkness.

“It achieved what every good book should do. It made me want to read, to find out what happens next, to eagerly anticipate the next page, it accomplished all of those things and so much more, but, it also just let me enjoy the story. Not an inconsiderable feat for a debut novel. Get this book. Read it. Yes, even the cricket. You won’t be disappointed.”

“A great story expertly crafted. A story of hope, of love, of redemption, of triumph over adversity, of light and of dark…all the elements every good book should have but in a highly original format and with the main character being an absolute hero on each and every level…more from Danny pleeeeeease!!”

“Beautifully written book that draws you into the lives of the main characters and really leaves you wanting more. Not my genre of preference usually – or so I thought – but it kept me wanting to read on. Highly recommended.”

Alec Hepburn was born in Exeter in 1973, something that he doesn’t readily admit to as he’s fond of the green and black of another city in Devon. After spending his younger years in a haunted house, nurturing his love of horror movies, books and short stories (at an age that was far from acceptable and would horrify modern parents), he moved to the Devonshire countryside, to a small village that seemed far removed from civilisation. As a child he regularly enjoyed writing stories that were too long and too detailed, traits that followed him into adulthood. Upon leaving school in 1990 and in the years ahead he made the enormous mistake of accepting various offers of employment in retail, which proved immensely difficult to break free from while still writing for fun as an escape from failed relationships and broken hearts.

Alec finally ran away from the thankless grind of shop management in the mid-2000’s to stay at home and enjoy the trials of parenthood. A career in cricket coaching provided a welcome distraction before returning to writing and finally finishing his first horror novel, while continuing to write poetry, short stories and other projects.

Stand Against The Dark, the first in a series of novels, is a tale of ancient evil that spans the First and Second World Wars, events at the turn of the last century and Christmas 2017 in a remote Devonshire village. One of the main characters, Danny Anderson, has a diagnosis of autism and a fascination with monsters, science-fiction and the supernatural.

Other interests for Alec include music, sport and lying awake at night thinking of all the things he should be doing. As well as further novels in the Stand Against The Dark series, Alec is also planning a run of children’s novels, a book detailing the history of the cricket club where he plays and coaches, more short stories along with a poetry collection when time and circumstances allow. He is also a fan of having ideas for stories while on the school run, losing important pieces of paper, making inappropriate jokes at the worst moments and trying to squeeze more than 24 hours worth of work into one day.

Alec currently lives in West Sussex and would like a room of his own to write in as he is not very good at concentrating when other people are having conversations while he is trying to work.