Kino Lorber is pleased to announce that it has concluded an agreement to acquire renowned distributor Artsploitation Films from its owner and president Ray Murray. Mr. Murray and other members of his team will remain involved to help grow the business as a division and brand of Kino Lorber.

Moving forward, Kino Lorber through its Artsploitation division will acquire all rights to 6-8 future theatrical titles per year to bring to market under the banner “Artsploitation, A Kino Lorber Company,” as well as numerous direct to digital and home entertainment releases. In addition, Kino Lorber will take over exclusive distribution of all previous Artsploitation titles for  all digital media,  home video, educational and repertory theatrical markets, adding to Kino Lorber’s distinguished library of over 4,000 acclaimed new and classic art house films.  Previously Kino Lorber handled ancillary media distribution for Artsploitation as a third party label, as it continues to do for select other companies including Zeitgeist Films, Cohen Media Group, Greenwich Entertainment,  Palisades Tartan, Virgil Films, Menemsha, Raro Video and more.

Ray Murray commented, “Artsploitation Films was formed in 2014 with the goal of presenting to North American audiences cutting edge international genre films with the vision and artistry of the best arthouse festival fare. For me, it has been exciting to grow our business and now I can think of no better company to take Artsploitation to the next level than Kino Lorber. I am certain that Richard and his strong team, veterans of the specialty film market, will expand the growth prospects while ever more boldly embracing the label’s daring programming focus. I am  especially happy to begin working with the Kino Lorber team scouting for new film acquisitions.”

Richard Lorber, CEO and President of Kino Lorber said, “We’ve admired and even envied the unique niche Ray has carved for his cannily named Artsploitation. There’s nothing dicier than scoring genre bending gems that earn art house kudos while jolting with pure cinema thrills, as the best of his films do. Ray had the vision and nose to root out genre-art hybrids that for others fell through the cracks but for him bridged a divide.  Now we’ve got him, his films and films to come in our corner. We’re thrilled to fire up Artsploitation as an ever more searing brand.”

With a library of over 4,000 titles, Kino Lorber Inc. has been a leader in independent art house distribution for 35 years, releasing 30 films per year theatrically under its Kino Lorber, Kino Repertory and Alive Mind Cinema banners, garnering seven Academy Award® nominations in nine years. In addition, the company brings over 350 titles yearly to the home entertainment and educational markets through physical and digital media releases. With an expanding family of distributed labels, Kino Lorber handles releases in ancillary media for Zeitgeist Films, Cohen Media Group, Greenwich Entertainment, Artsploitation, Palisades Tartan, Virgil Films, Menemsha Film, Raro Video, and others, placing physical titles through all wholesale, retail, and direct to consumer channels, as well as direct digital distribution through over 40 OTT services including all major TVOD and SVOD platforms. In 2019, the company launched its new art house digital channel Kino Now which features over 1000 titles from the acclaimed Kino Lorber library. In response to the COVID-19 pandemic, the Kino Marquee initiative was launched in 2020 pioneering “virtual theatrical” releases of art house films with revenue shares that allows audiences to support almost 400 local independent theaters. 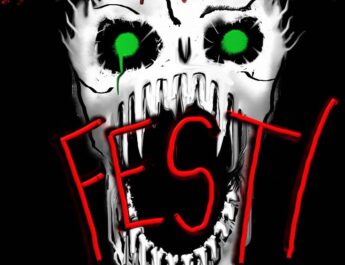