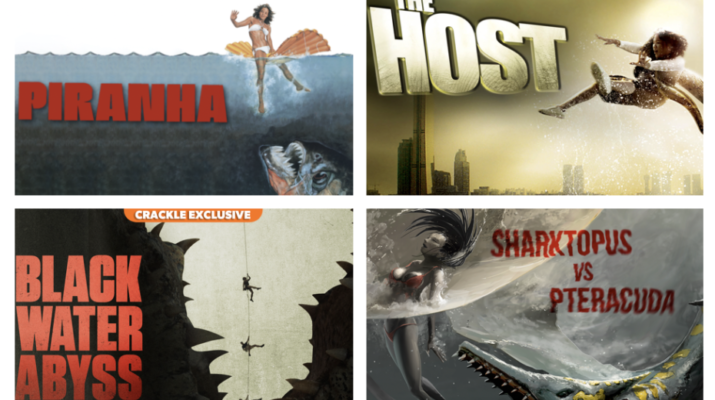 Crackle Plus, a Chicken Soup for the Soul Entertainment (Nasdaq: CSSE) company and one of the largest operators of streaming advertising-supported video-on-demand (AVOD) networks, today announced the upcoming content releases planned for July.

The three primary Crackle Plus networks, Crackle, Popcornflix, and Chicken Soup for the Soul, are rolling out to new distribution touch points on up to 41 platforms on an ongoing basis as either AVOD or FAST channels. The Crackle Plus networks are currently distributed through 48 touch points in the U.S. with plans to expand to 64 touch points including Amazon FireTV, RokuTV, Apple TV, Smart TVs (Samsung, LG, Vizio), gaming consoles (PS4 and XBoxOne), Plex, iOS and Android mobile devices and on desktops at Crackle.com. Crackle is also available in approximately 500,000 hotel rooms in the Marriott Bonvoy chain. 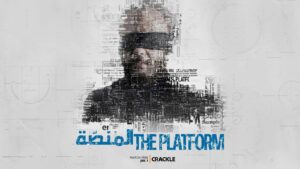 The programmer genius Karam’s (Maxim Khalil) eventful youth has left him in disbelief of people and their view of the truth. To ensure the accuracy of facts, he creates an AI internet portal called “the platform,” which becomes an international success at truth finding. But when he finally succeeds and feels free, he gets drawn back into his old world to find his family in an even worse condition. Can he and his team also fix his demons from the past?

Get your summer movie season off to a blockbuster start with these huge titles from your friends at Crackle! Get on board with Noah (Russell Crowe), don’t miss your flight in The Terminal (Tom Hanks), travel South of the border with The Mexican (Julia Roberts and Brad Pitt), and head to D.C. with Chris Rock in Head of State.

Feel the summer heat with your favorite romantic flicks for free! Get your heart racing with titles like Runaway Romance (Tatum O’Neal), Premium (Zoe Saldana) from Kevin Hart’s LOL! Network, Love Story (1970) (Ali MacGraw), and All About You (Renee Elise Goldsberry). 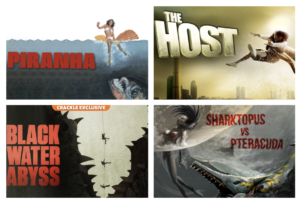 While other channels offer just a single week about sharks, Crackle’s got a WHOLE MONTH packed with menacing sea creatures of all kinds! Dip your toe in by checking out these cautionary tales with teeth like Piranha (1978) (Kevin McCarthy), The Host (Kang-Ho Song), Black Water: Abyss (Jessica McNamee), and Shartopus Vs. Pteracuda (Eric Roberts).

Travel the cinematic world with your fellow travelers at Crackle! Hit the road with Amelie (Audrey Tautou), make sure you’re in the doors before you get snapped up by the crowd in The Train to Busan (Gong Yoo), don’t get burned by The Girl Who Played With Fire (Noomi Rapace), and keep a helpful eye out for A Man Called Ove (Rolf Lassgard).

Pause your page flipping long enough to check out the film adaptations of some of your favorite summer reading classics like Lemony Snicket’s A Series of Unfortunate Events (Jim Carrey), The Kite Runner (Khaled Hosseini), Where the Red Fern Grows (Joseph Ashton), and Jane Austin’s classic Persuasion (Simon Beale).

Evelyn Salt (Angelina Jolie) is a CIA officer who swore an oath to duty, honor and country. When she is accused by a defector of being a Russian sleeper spy, Salt goes on the run to clear her name and ultimately prove her loyalty. Using all her skills and years of experience as a covert operative, she must elude capture and protect her family or the world’s most powerful forces will erase any trace of her existence.

A journalist (Michael Nyvist) is aided by a young female hacker (Noomi Rapace) in his search for the killer of a woman who has been dead for forty years.

The only way to save Earth from catastrophe is for a group of researchers (Aaron Eckhart, Stanley Tucci) and their military escort (Hilary Swank) to drill down to the core and set it spinning again.

A boy (Ryan O’Neal) and a girl (Ali MacGraw) from different backgrounds fall in love regardless of their upbringing – and then tragedy strikes.

The Sum Of All Fears

CIA analyst Jack Ryan (Ben Affleck) and the Director of the CIA (Morgan Freeman) must stop the plans of a Neo-Nazi faction that threatens to induce a catastrophic conflict between the United States and Russia’s President by detonating a nuclear weapon at a football game in Baltimore, Maryland.

A New York advertising executive (Cuba Gooding Jr.) travels to a small Southern town to collect an inheritance but finds he must create a gospel choir and with the help of a beautiful lounge singer (Beyoncé) lead it to success before he can collect.

When an expedition to the African Congo ends in disaster, a new team (Ernie Hudson, Laura Linney, Tim Curry) is assembled to find out what went wrong.

When flesh-eating piranhas are accidentally released into a summer resort’s rivers, the guests become their next meal. All that stands in the way of these ravenous killers from the deep in this Roger Corman classic are the cast of 70s celebrities (Kevin McCarthy, Bradford Dillman, Heather Menzies).

A Boy And His Dog

A Coffee in Berlin

A Night In Casablanca

A Summer in Genoa

All Quiet On The Western Front

Antarctica: A Year on Ice

Around the World in 80 Days (Premieres July 15th)

Blue In The Face

Gold Mine In The Sky

Guardian of the Ancient Shadow Crown

In Search of Francis of Assisi (Premieres July 15th)

King of the Olympics: The Lives and Loves of Avery Brundage (Premieres July 15th)

Last Of The Pony Riders

Life in the Doghouse

Mary Higgins Clark: You Belong to Me (Premieres July 15th)

Mystery of a Hansom Cab, The (Premieres July 15th)

One Man And His Shoes

Riders In The Sky

Sent: The Life and Music by Father Stan Fortuna

Sherlock Holmes and the Leading Lady

Something From Nothing: The Art Of Rap

The Air I Breathe

The Decline Of Western Civilization

The Decline Of Western Civilization, Part II: The Metal Years

The Edge of Love

The Girl Who Kicked The Hornet’s Nest

The Girl Who Played With Fire

The Secret Identity of Jack the Ripper (Premieres July 15th)

The Six Wives of Henry LeFay

What Doesn’t Kill You

Where the Red Fern Grows

Meditate With Me (from Kevin Hart’s LOL! Network) (Season 1, 5 episodes) 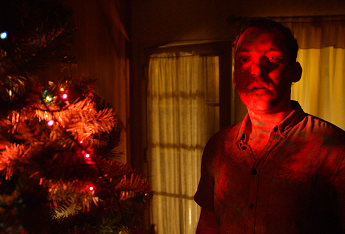