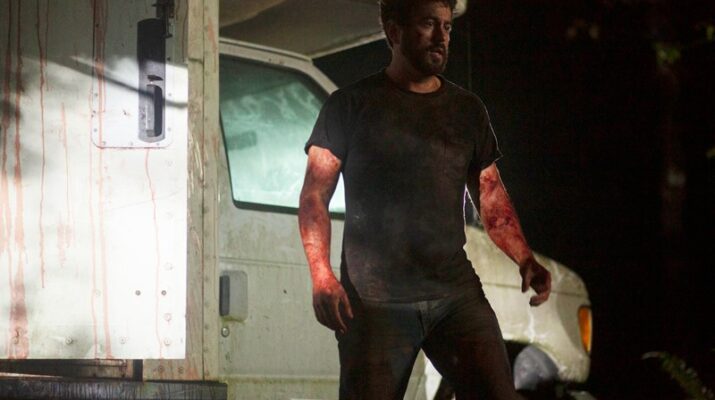 The Fight For Survival Begins 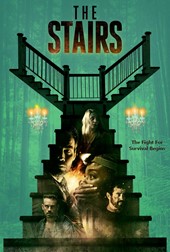 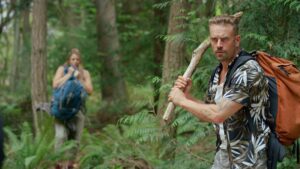 In 1997, a young boy is out hunting with his grandfather (Schneider), when he stumbles upon a mysterious staircase deep in the forest. The subsequent disappearance leaves locals baffled as to the fate of the wayward pair. Twenty years later, a group of hikers set off on an ambitious trail, taking them deep into a secluded stretch of woods. Overcome with the beauty of their surroundings, they are blinded to a sinister presence lurking just beyond the trees. As the mountain terrain pulls them deeper, the group unknowingly stumbles upon a long-forgotten evil and find themselves coming face to face with the thing that nightmares are made of.

“The isolation these characters face creates an added level of tension,” said Tiemann. “The idea of being hunted by an unknown, taps into a visceral part of us and we become part of the story.”

“The Stairs truly delivers for horror fans looking for a movie with real scares, suspense and a terrifying conclusion,” said Melody Fowler, Vice-President of Acquisitions for Cinedigm. “Along with its satisfying story and well-developed characters, the film features superb stunts and inventive creature design and effects.  All of these elements together elevate The Stairs, and the film’s strong festival reception with genre fans further confirms that it is a must-see.”

“Our partnership with Cinedigm continues to add original and exciting content to the Fathom calendar, and we are thrilled to bring The Stairs to the big screen.” said Fathom Events CEO, Ray Nutt. “Horror fans are in for a frightening and thrilling ride.”

The Stairs has received great reception from horror festivals around the world and has been an Official Selection playing in 15 Film Festivals with 11 nominations and more than 22 wins. Including Best Picture at Haunted House FearFest, the Audience Award for Best Picture at Nevermore Film Festival and most recently, The Stairs won top honors at the combined 2020/2021 International Horror Hotel Film Festival including Best Director – Peter ‘Drago’ Tiemann, Best Cinematography – Ryan Purcell, Best Actor – Adam Korson, Best Sci-Fi Feature and Best Overall Film.

Fathom Events and Cinedigm will screen The Stairs in movie theaters nationwide on Thursday, August 12 at 7:00 p.m. local time. For a complete list of theater locations, visit FathomEvents.com.  (theaters and participants are subject to change). 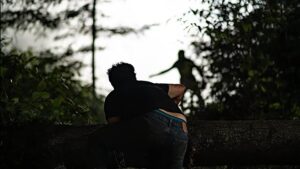 Official Synopsis:
A frightening tale about a group of hikers hunted by a sinister presence in the woods. Twenty years after the mysterious disappearance of an 11-year-old boy and his grandfather, a group of friends find themselves along the same trail, unaware of a long-forgotten evil lurking just beyond the tree line. What started as a week-long adventure with friends, quickly turns into a terrifying fight for survival as they come face to face with the thing that nightmares are made of.

About Fathom Events
Fathom is a recognized leader in the entertainment industry as one of the top distributors of content to movie theaters in North America. Owned by AMC Entertainment Inc. (NYSE: AMC); Cinemark Holdings, Inc. (NYSE: CNK); and Regal Cinemas, a subsidiary of the Cineworld Group (LSE: CINE.L)., Fathom operates the largest cinema distribution network, delivering a wide variety of programming and experiences to cinema audiences in all of the top U.S. markets and to more than 45 countries. For more information, visit www.FathomEvents.com.

About Cinedigm
For more than twenty years, Cinedigm (NASDAQ: CIDM) has led the digital transformation of the entertainment industry. Today, Cinedigm entertains hundreds of millions of consumers around the globe by providing premium content, streaming channels and technology services to the world’s largest media, technology and retail companies. For more information, visit http://www.cinedigm.com/. 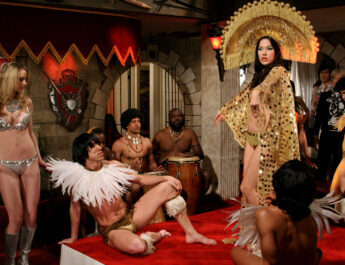 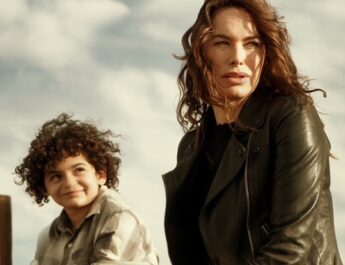