The New York Asian Film Foundation and Film at Lincoln Center are delighted to unveil further highlights of the 2021 New York Asian Film Festival (NYAFF), including the Opening film, lifetime award honorees, the competition lineup, the inaugural Asian American Focus and additional films. The Festival will screen over 60 films, both virtually and in person, to audiences in New York and across the country from August 6 – 22, 2021.

NYAFF’s 20th edition will kick off at Film at Lincoln Center on August 6 with the in-person international premiere of Ryoo Seung-wan’s tense action thriller Escape from Mogadishu, starring Kim Yoon-seok (NYAFF Star Asia winner 2018) and Zo In-sung. The film is dramatically constructed based on real events that took place in 1991 at the onset of the Somali Civil War, and depicts the perilous escape attempted by North and South Korean embassy workers who were stranded during the conflict. (Well Go USA is releasing the film in the United States and Canada.)

Legendary filmmaker Ann Hui will be the recipient of the Variety Lifetime Achievement Award. One of the most critically acclaimed Hong Kong New Wave filmmakers for four decades, Hui has created work of great sensitivity, focusing on themes of cultural displacement, family conflict, and female perspectives. In her honor, NYAFF will be showcasing her early masterwork, The Story of Woo Viet, starring Chow Yun-fat and marking the film’s 40th anniversary, as well as Man Lim Chung’s insightful, delightful portrait of the inimitable Hui, Keep Rolling.

The winner of the Uncaged Award will be selected by a competition jury comprised of prominent personalities from the film business that bridge Asia and America: Michael Rosenberg (president, Film Movement), Evan Jackon Leong (director, Linsanity, Snakehead) and Janice Chua (VP, International Development and Production at Imagine Entertainment & Television).

Following an unprecedented year in which COVID-19 and increased violence against the Asian community in the United States presented enormous challenges, NYAFF is more committed than ever to increasing exposure of Asian representation on screen. The festival is proud to launch a brand-new Asian American Focus, a selection of superlative films made in the US that will kick off in person with Aimee Long’s torn-from-the-headlines thriller A Shot Through the Wall. Members of the filmmaking team will be present.

The Asian American Focus will also feature Iman K. Zawahry’s Americanish and Evan Jackson Leong’s Snakehead, with appearances by members of the films’ cast and crew. The selection also includes two new short film showcases of five films each, which will be screened in person and virtually on Eventive.

For NYAFF’s 20th edition poster, we have drawn from Ko Chen-nien’s The Silent Forest, an image almost tailor-made to represent how we’re feeling as we cautiously emerge from the Covid-19 pandemic: slightly dazed, but laser focused and ecstatic to be back in person at FLC and SVA with this year’s most unforgettable Asian films.

LATEST LINEUP (with more to come)
(Please note the program is still subject to change.)

Titles in bold are newly announced titles in the lineup.

ABOUT ANN HUI, VARIETY LIFETIME ACHIEVEMENT AWARD HONOREE
Born in Liaoning province, northeastern China, but raised in Hong Kong, legendary director, producer and screenwriter Ann Hui is one of the most critically acclaimed Hong Kong New Wave filmmakers. She made her feature debut with The Secret in 1979, which won the Golden Horse Award for Best Feature Film. She went on to create such indelible titles as The Story of Woo Viet (1981), Boat People (1982), Song of the Exile (1990), Ordinary Heroes (1999), The Way We Are (2008), Night and Fog (2009), A Simple Life (2011), The Golden Era (2014), Our Time Will Come (2017) and Love After Love (2020). Over the course of a four-decade career, Hui has won numerous awards for her films, including the Golden Horse Award (GHA) for Best Director three times (1999, 2011, 2014) and Best Director at the Hong Kong Film Awards six times (1983, 1996, 2009, 2012, 2015, 2018). In 2020, she was the first female director to be honored with the Golden Lion Lifetime Achievement Award at the Venice Film Festival. Hui served as the president of the Hong Kong Film Director’s Guild from 2004 to 2006. In 2007, she was invited to become a member of the Academy of Motion Picture Arts and Sciences (AMPAS).

In-person tickets & passes:
In-person single tickets (for both FLC and SVA):
$15 each for general public, $12 for students / seniors (62+) /persons with disabilities; $10 for FLC members (discounted tickets).
In-person Passes:
$60 for 6 films at FLC only (six-film FLC All-Access Pass).
$250 for an in-person pass for screenings at the SVA Theatre.

ABOUT NEW YORK ASIAN FILM FESTIVAL (NYAFF)
Now in its 20th year, the New York Asian Film Festival (NYAFF) is North America’s leading festival of popular Asian cinema, which The Village Voice has called “the best film festival in New York,” and The New York Times has called “one of the city’s most valuable events.” Launched in 2002, the festival selects only the best, strangest, and most entertaining movies to screen for New York audiences, ranging from mainstream blockbusters and art-house eccentricities to genre and cult classics. It was the first North American film festival to champion the works of Johnnie To, Bong Joon-ho, Park Chan-wook, Takashi Miike, and other auteurs of contemporary Asian cinema. Since 2010, it has been produced in collaboration with Film at Lincoln Center.

THE NEW YORK ASIAN FILM FOUNDATION
The New York Asian Film Foundation Inc. is America’s premier 501(c)(3) nonprofit organization dedicated to the exhibition and appreciation of Asian film culture in all its forms, with year-round festivals and programs, and a view to building bridges between Asia and America.

The New York Asian Film Foundation’s flagship event is the annual New York Asian Film Festival (NYAFF), which has been presented in collaboration with Film at Lincoln Center since 2010. Now entering its 20th year, NYAFF is North America’s leading festival of Asian cinema.
The Foundation’s other events and initiatives include special screening events and an annual Winter Showcase at the SVA Theatre.

The following films are presented with the support of:

TAIPEI CULTURAL CENTER OF TECO IN NEW YORK:
As We Like It, A Leg, My Missing Valentine, The Silent Forest.

JAPAN FOUNDATION NEW YORK:
The Asian Angel, A Balance, Blue, The Fable: The Killer Who Doesn’t Kill, From Today, It’s My Turn!!, Hold Me Back, jigoku-no-hanazono: Office Royale, Junk Head, Last of The Wolves, Ninja Girl, Over the Town, Sensei, Would You Sit Beside Me?,Tonkatsu DJ Agetaro, Under the Open Sky, Zokki.

FILM AT LINCOLN CENTER
Film at Lincoln Center is dedicated to supporting the art and elevating the craft of cinema and enriching film culture.
Film at Lincoln Center fulfills its mission through the programming of festivals, series, retrospectives, and new releases; the presentation of podcasts, talks, and special events; and via its artist initiatives. Since its founding in 1969, this nonprofit organization has brought the celebration of American and international film to the world-renowned Lincoln Center arts complex, making the discussion and appreciation of cinema accessible to a broad audience and ensuring that it remains an essential art form for years to come.

Film at Lincoln Center receives generous, year-round support from the National Endowment for the Arts and the New York State Council on the Arts with the support of Governor Andrew M. Cuomo and the New York State Legislature. American Airlines is the Official Airline of Film at Lincoln Center. For more information, visit www.filmlinc.org and follow @filmlinc on Twitter and Instagram. 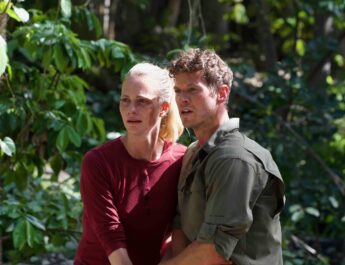 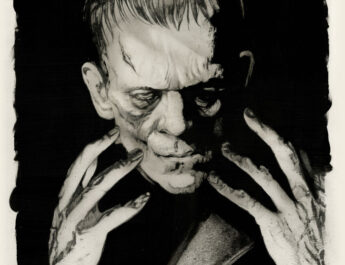