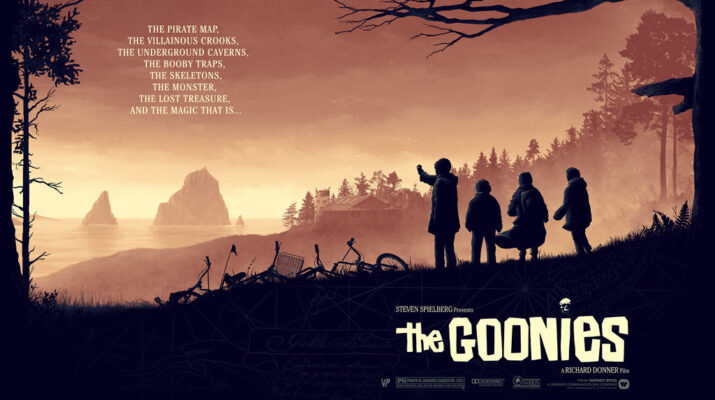 In July 2019 we launched Matt Ferguson and Florey’s Amblinesque Gallery at Bottleneck Gallery in New York. The exhibition celebrated the work of Steven Spielberg and Amblin Entertainment and featured a number of screen prints and art works by both Matt and Florey. As part of the show we held a screening of The Goonies and attendees of the screening were giving a free print illustrated as a collaboration between Matt and Florey and it was always our intention to eventually be able to make the art available as a wider release.

Again in collaboration with our friends at Bottleneck Gallery, and to celebrate San Diego Comic Con, we are now thrilled to finally be able to release new editions of that poster art as a screen print! We often get asked to make these prints easier to obtained, so the regular version of the poster will be a timed edition, running from 6pm BST/ 2pm EST on Thursday the 22nd of July. You will be able to pick up copies from Bottleneck Gallery an hour earlier at 1pm EST/ 5pm BST.

The variant edition of the poster will be limited to just 150 copies and will be released at the same time!

The Goonies Timed Edition by Matt Ferguson X Florey will be available at Vice Press and Bottleneck Gallery at 6pm British Summer Time on Thursday the 22nd of July Midnight on Sunday the 25th of July.

The Goonies Variant Edition will be available from Vice Press at 6pm BST on July 22nd, and 1pm EST from Bottleneck Gallery. 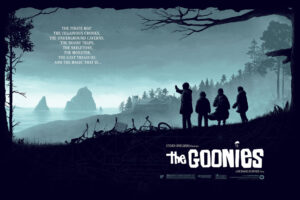 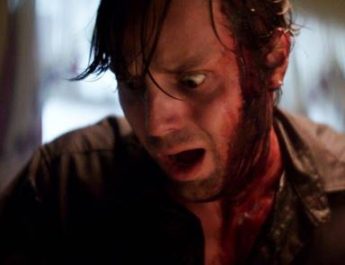