Here are some of the horror DVD/Blu-Ray releases for July 27th!

Following the deadly events at home, the Abbott family (Emily Blunt, Millicent Simmonds, Noah Jupe) must now face the terrors of the outside world as they continue their fight for survival in silence. Forced to venture into the unknown, they quickly realize that the creatures that hunt by sound are not the only threats that lurk beyond the sand path in this terrifyingly suspenseful thriller written and directed by John Krasinski.

School teacher Johnny Smith (Christopher Walken) had a beautiful fiancée, a rewarding career and a fortunate life…until one tragic accident changed everything. After slamming into an 18-wheeler, Johnny is plunged into a five-year coma. When he awakens, he finds his true collision was with destiny—he now has the remarkable gift (or curse) of seeing into the future. From horror master Stephen King and Director David Cronenberg (Scanners, Dead Ringers), this supernatural thriller turns an everyday guy into a reluctant hero…saving children in danger, helping the police and finding a serial killer. But Johnny’s next vision may be his most terrifying yet…

In 1970, young first-time director Dario Argento (Deep Red, Suspiria) made his indelible mark on Italian cinema with The Bird with the Crystal Plumage – a film which redefined the ‘giallo’ genre of murder-mystery thrillers and catapulted him to international stardom. Sam Dalmas (Tony Musante, We Own the Night), an American writer living in Rome, inadvertently witnesses a brutal attack on a woman (Eva Renzi, Funeral in Berlin) in a modern art gallery. Powerless to help, he grows increasingly obsessed with the incident. Convinced that something he saw that night holds the key to identifying the maniac terrorizing Rome, he launches his own investigation parallel to that of the police, heedless of the danger to both himself and his girlfriend Giulia (Suzy Kendall, Spasmo)… A staggeringly assured debut, The Bird with the Crystal Plumage establishes the key traits that would define Argento’s filmography, including lavish visuals and a flare for wildly inventive, brutal scenes of violence. With sumptuous cinematography by Vittorio Storaro (Apocalypse Now) and a seductive score by legendary composer Ennio Morricone (Once Upon a Time in the West), this landmark film has never looked or sounded better in this brand new 4K Ultra HD presentation from Arrow Video! Bonus features include: English subtitles for the Italian soundtrack, Optional English subtitles for the deaf and hard of hearing for the English soundtrack, Audio commentary by Troy Howarth, author of So Deadly, So Perverse: 50 Years of Italian Giallo Films, Black Gloves and Screaming Mimis, an interview with author and critic Kat Ellinger exploring the films themes and its relationship to both the giallo and Fredric Browns novel The Screaming Mimi, Limited edition packaging with reversible sleeve featuring originally and newly commissioned artwork by Obviously Creative, Image galleries, Illustrated collectors booklet featuring writing on the film by Howard Hughes and Jack Seabrook, and a new essay by Rachael Nisbet, Fold-out double-sided poster featuring original and newly commissioned artwork by Obviously Creative, Six double-sided, postcard-sized lobby card reproduction artcards, An Argento Icon, an interview with actor Gildo Di Marco, Evas Talking, an archival interview with actor Eva Renzi, Original Italian and international theatrical trailers, 2017 Texas Frightmare trailer, Crystal Nightmare, an interview with writer/director Dario Argento, The Power of Perception, a visual essay on the cinema of Dario Argento by Alexanda Heller-Nicholas, author of Devils Advocates: Suspiria, reflecting on the recurring theme of perception and the role of art in Argentos filmography, Restored original lossless mono Italian and English soundtracks, New 4K restoration from the original negative by Arrow Films, 4K (2160p) UHD Blu-ray presentation in Dolby Vision (HDR10 compatible)

Employing not one, but two infamous gimmicks—”The Fear Flasher” and “The Horror Horn” —to warn audiences in advance of its most shocking moments, Chamber Of Horrors is a Grand Guignol cult favorite that’s every bit as twisted as its villain’s tortured soul!

The bond between two neighboring farm families is put to the test when one of them chooses to lease its land to a gas company. In the midst of this growing tension, the land is drilled and something long-dormant and terrifying is released.

Deep in the woods on the 4th of July, siblings Nate and Angela must face off against the zombies of American presidents, as well as their worst nightmare: spending an entire evening together.

In a post-apocalyptic world where food is scarce and danger is high, a new super virus begins to infect the remaining population and threatens to destroy what’s left of humankind. As a special forces group transports a young scientist, their last hope for a cure, to her lab against all odds of survival, they encounter zombie-like creatures who are the newest victims of the super virus.

“Lovers on the run battle Nazi zombies and a fascist hit-squad fronted by a ruthless she-wolf in this independent tale of terror. Dillon Slater is a man with a shady past, and a quick temper. Forced to flee for his life, he happens across his ex-flame Stacey, who is now married to abusive thug Michael. Michael is in the process of creating an army of undead Nazis when he discovers that Stacey and Dillon have begun an affair. What happens next is a terrifying tale of terror as a deadly zombie virus decimates the landscape as our heroes are pursued by a sadistic killer named Ilsa and her murderous legion of neo-Nazi storm-troopers.” 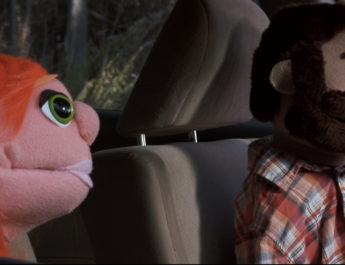