Breaking Glass Pictures is set to release the comedy thriller The Influencer, a satirical tale that examines the life of a vain social media influencer from first-time director Meghan Weinstein (producer of IFC Midnight’s The Djinn). 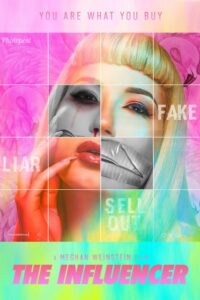 “The Influencer is way more relevant now than when I wrote it three years ago, it reflects real life in ways I didn’t expect”, said Weinstein. “Watching how internet virality has led to such a dramatic spike in consumerism and waste with fast-fashion, or an obsession with how we appear online, it warps reality and values for so many people in an effort to distract us from the bigger issues going on in the world.”

The film stars real life influencer and comedian Kasia Szarek (A24’s Pleasure), with supporting cast led by Shantell Yasmine Abeydeera, star of the viral online series Girls Like Magic and CEO of OML.tv. The Influencer diverts from glamorizing the lifestyle, and instead takes a critical view on consumerism and questions; what if someone could use their online influence to do something bigger than just sell products?

Abbie Rose is a popular social-media influencer known for her lifestyle, fashion and makeup videos. One night she signs a coveted contract with Nutrocon, a notorious cosmetic company known to pollute, test on animals and treat female workers unfairly…

Immediately, she’s taken down and tied up in her home by a group of masked activists. Overnight, they force Abbie through the filming of a video, advertising a mysterious new makeup kit. As the hacker’s plan unfolds, we learn the real reason for their visit and as Abbie’s facade fades we learn more about the lies she’s been living.

“I think there are a lot of young people who want to change things but don’t know how and that kind of helplessness can lead to a lot of anger, but this movie is a fun exploration of what can happen when that leads to action and they start figuring out ways to turn the system on itself”, said Weinstein.

“Timely and topical, The Influencer is an amazing directorial debut from Meghan Weinstein”, said Rich Wolff, CEO of Breaking Glass Pictures. “We are proud to have it as part of our catalogue.”

The Influencer will be released September 14 on iTunes/Apple TV, Amazon, Google Play, Xbox, Vudu, FandangoNOW, through local cable & satellite providers, and on DVD. 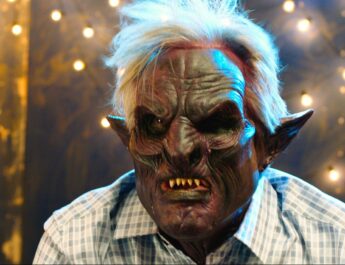 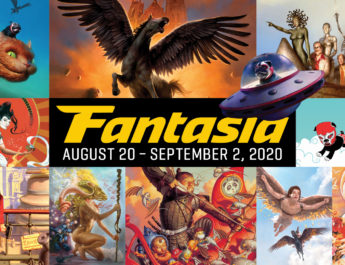