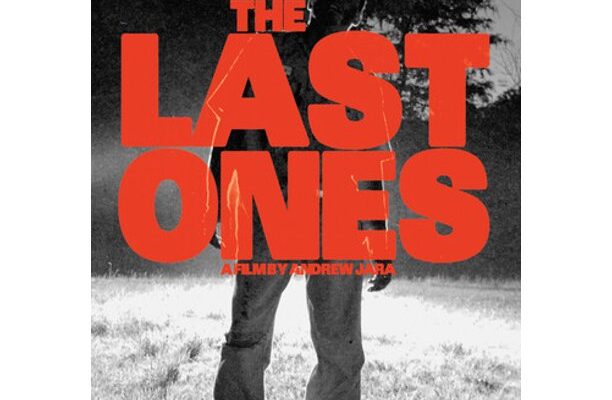 Here are some of the horror DVD/Blu-Ray Releases for August 10th!

A study in fear escalates into a heart-stopping nightmare for a professor and three subjects trapped in a mysterious mansion.

When Christine is attacked by a bloodthirsty creepy doll, she has to use all her imagination to distract it with horror stories. Zombies, Ghosts, Djinns, Aliens and Ghouls legends help her get through the night.

“The Frenchman” was what locals called the man who ran the bar and restaurant in the small town of Peñaflor in rural Spain in the early part of the 20th century. But Juan Andrés Aldije Monmejá was not your usual jolly inn keeper. He ran an illegal gambling den and pimped out the waitresses who worked for him, arranging abortions for them when the inevitable happened. Even though he was married to one of the richest women in town, Juan Andrés was not averse to visiting his own bordello for late night entertainment. Deciding that there were easier and quicker ways to exploit his customers, The Frenchman started slaughtering them, stealing their money and burying their corpses in the garden at the back of his inn. As his greed increased, so did the savagery of his murderous acts. It was not long before people started asking questions.

After being attacked by a crazed fan a famous crime writer isolates herself in her apartment. Her best friend, a psychiatrist and the police attempt to help her recover from the assault, but overcome with paranoia she sees them as a threat and resorts to extreme violence to protect herself.

Tommy Heller (Jeff Kirkendall) has been locked away in a mental institution for the past 25 years after committing the Camp Murder Massacre. When his careless orderly (Mark Polonia) lets him escape from the care of Dr. Lewis, (Noyes J. Lawton) he returns to the Camp to continue his murder spree. A group of unsuspecting campers led by Cody (Kyle Rappaport), Tina (Pamela Sutch), and stoner pals Fred (Matt Bruzzio) and Jay (Victor Gaspar) are stalked by the machete wielding killer. During this slasher classic fame crazed novelist Katie Witt, (Jennie Russo) who will stop at nothing to get her story shows up at the camp, and Dr. Lewis is hot on Tommy’s trail. Can Dr. Lewis get to Katie before Tommy does? There are many questions to be answered in this actionpacked modern-day slasher classic. Bonus features include: SRS Trailer, Trailer, Commentary track

From director Kenta Fukasaku (Battle Royale 2, X\-Cross) comes a twisted tale about six high school students faced with a life or death challenge. After receiving a mysterious message from a dead suicidal schoolmate, a group of students are instructed to meet up at their classroom at midnight! Upon their arrival, the group is confronted and stalked through the dark, maze\-like school by a revenge\-crazed, rodent\-masked psychotic killer! Will they discover the killer\x27s true identity and motive? More importantly, who will survive the night? In original Japanese language with English subtitles.

More tales of terror from the edges of the underground!

Another SRS Retro release! In this rare super-8mm clasher classic, five women on vacation are stalked by a hooded cannibal killer in the town of Sunnyville, Florida. Past and present blur as the lone survivor joins up with a local detective in order to figure out just how to stop the Reaper once and for all. Day of the Reaper was shot in Florida in 1984 for $1,000 by fifteen-year-old Tim Ritter, who would go on to cement his status as a legendary cult director with such hits as Truth Or Dare?: A Critical Madness and Killing Spree. Bonus features include: SRS Trailers, Trailer, Director’s Commentary

Prepare yourself for five twisted tales of terror hosted by everyone’s favorite sinister succubus, Dr. Boobenstein. Featuring vicious vixens, flesh-eating mist, Vengeful Aztec gods, talking corpses, sinister Santas, and more. So sit back, turn out the lights, and get ready for your worst nightmares to unfold.

From the fevered mind of the notorious Jess Franco (BARBED WIRE DOLLS) comes 1987’s ANGEL OF DEATH (aka COMMANDO MENGELE), a deranged free-fall into Nazisploitaion that takes its cues from the blockbuster 1978 shocker THE BOYS FROM BRAZIL and delivers the sort of delirium that fans of French genre film studio Eurocine hunger for! When an attractive pair of young Nazi hunters exploring Uruguay accidentally stumble upon the lair of the maniacal war criminal Dr. Josef Mengele, they immediately live to regret it. There, deep in the sweltering jungles, Mengele has continued his hideous human experiments, torturing, murdering and mutilating nubile virgins in the name of creating some sort of master race. Soon, mercenaries, monstrosities, femme fatales and vengeful concentration camp survivors face off, with bullets and bodies flying everywhere and Mengele holding cretinous court. Written by (under the name D. Khunn) and co-directed by Franco and completed by Italian trash movie maverick Andrea Bianchi (BURIAL GROUND: NIGHTS OF TERROR), the pair signed off on the film as Frank Drew White, apparently too nervous to take credit for making this truly daft piece of unsavory exploitation. ANGEL OF DEATH is a fast-paced slice of vintage Eurocine mayhem, with an international cast that includes Franco regulars Jack Taylor, Antonio Mayans and Howard Vernon (as Mengele) along with Robert Mitchum’s son Christopher and Shirley Knight from Franco’s equally insane WHITE CANNIBAL QUEEN. Jump into the jungle with Jess and get ready for some prime cinematic insanity! Get ready for ANGEL OF DEATH, presented here in a beautiful, uncut master culled from the original 35mm camera negative.

A man wakes in a world ravaged by biological warfare with no memory of his previous life. Taken prisoner by a group of scavengers he meets a young woman who helps him escape. As the scavengers pursue them through barren wastelands he discovers that the woman is his daughter and that he must make the ultimate sacrifice to save her.

In a distant future, an archeologist is hunted by alien attackers and takes refuge in the ruins of a long extinct civilization. She must employ ancient technology in hopes of finding a way to fight back and escape the planet.

When a happy young couple in the dawn of love are kidnapped by a gang of thrill-seeking strippers “The Brides of Satan”, a brutal and terrifying evening unfolds, leaving the lone heroine to stand hard against the looming forces of darkness and evil!

The human race struggles to survive as governments have conspired to turn the citizens of the world into zombies via their brand new 5G cell service during a global pandemic. Turn it on and be turned into one of the un-dead!

Moving to the countryside of 20th century Rio de Janeiro, prim and assuming Laura is unprepared for life on an isolated plantation. Hired as a nanny for two young orphans who live on their uncle’s coffee farm, she soon notices that things are not all as they seem. Confronted with continual apparitions, and noting the children’s increasingly ambiguous behaviour, Laura becomes convinced in the presence of hostile spirits whom she believes are intent on taking possession of her young charges. With growing concerns for their safety, she strives to unravel the mysteries of her new home without realising that it may be herself who is in mortal danger. Based on Henry James classic novel The Turn Of The Screw.

It’s been generations since the Harkers’ great-great grandfather killed the one-and-only Count Dracula. Now the Harker brothers and their best friend Ned are a town joke—until a real vampire turns up!

It’s 2047. Every human being is identified and traced by the large surveillance and censorship networks that have been developed. A few freethinkers have created an encrypted network of alternative research and information, making it harder for law enforcement to track down. Among them, a teenage girl, Serena, is secretly developing glasses to reveal vortices: doorways to other dimensions. What will this opening to the unknown unveil?

Following a virus that took the lives of most of the population, John and Michael have spent their days trying to survive and make sense of their new world. But when they meet the mysterious Karina, who has knowledge of the outside world, their friendship and everything they once knew about the virus and each other will be tested. 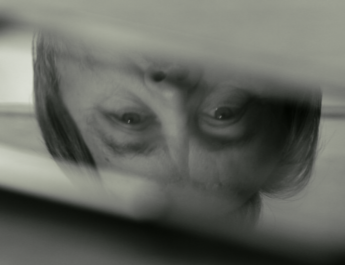