A Good Couple, the new short film written and directed by Robert Gregson will premiere at the 24th Dances With Films Festival, screening at the famed Chinese Theatres in Los Angeles on Saturday, September 1. 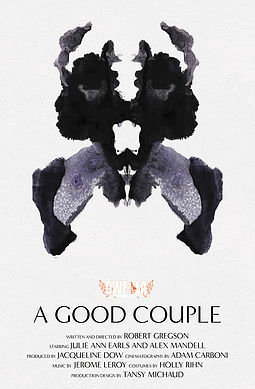 Staying in a house in the woods on an anniversary getaway, protagonists Julia (Julie Ann Earls) and Dan (Alex Mandell) have a blowout fight where Dan storms off and is gone all night. Suddenly alone, Julia finds herself questioning whether she’s really in love. Dan returns in the morning ready to make up, and Julia agrees to take him back. However now he seems eerily perfect, and Julia begins to notice strange things. Julia attempts to ignore these omens to continue to enjoy their newly rekindled happiness, but when they go for a walk in the woods Dan leads her into a cave where she encounters her boyfriend’s doppelganger. From then on, we don’t know who is who or what is real, and are forced to question everything.

A Good Couple is about the relationship between perfect and good, fantasy and reality, and what people are willing to do for love. Julia is frustrated with the reality of who she’s dating and wishes she could actually be in love, but her relationship to love is complicated by the perfection she’s imagining. Although her boyfriend changes and she gets what she wants, she pays a heavy price. Characters literally double and split as their desire for fantasy diverges further from reality.

Robert Gregson had directed lead Julie Ann Earls in several ads for the UN and both were excited to collaborate on a short. Gregson knew he wanted to make a subjective, psychological thriller, and had ideas about a missing person and a double. Says Gregson “As soon as I started writing and found that the missing person was a boyfriend, and that the double was a perfect version of him that was brought about by the sheer desire of the main character, I was able to quickly finish the script.” Some of Gregson’s favorite films involve Faustian bargains, and this dynamic made it into the story.

The relationship between perfect and good is something our culture deals with constantly, whether by controlling appearances through a perfect image on Instagram, perfectly tracking or anticipating traffic through an app, or judging one’s accomplishments against an imagined, alternative perfect reality, visions of the ideal are constantly nearby. A Good Couple explores this obsession, and what would happen if the protagonist lost the ability, and desire, to distinguish between fantasy and reality.

Robert Gregson is an award-winning filmmaker based in Brooklyn. He has a passion for psychological thrillers. He recently wrote and directed the short dramatic thriller, A Good Couple, which is premiering at Dances With Films FF. His upcoming feature film Influencers, developed with screenwriter Benjamin Reeves, was a quarterfinalist in the 2020 FinalDraft Big Break competition, Second Round in the Launch Pad Features competition, and was selected to take part in Northeast Filmmakers Lab.

As a director, he has created ads for the UN, NYU, Post Pebbles Cereal, and Arm Technologies. He also wrote and directed Envisioning a New Home for the Late Show, a viral short which documented the architectural renovation of the Ed Sullivan Theater for Stephen Colbert’s late show. His short Shut Eye earned the Best Horror Short Award at Montreal Independent Film Festival and his short The Refrigerator earned the Best New Director Award at Brooklyn Film Festival. His feature film Trivia Night won the Best Feature Film Award at the Omaha Film Festival and is now available on Amazon Prime. Currently, he is developing Influencers, as well as a short horror film for Hulu.

After starring in the Off-Broadway play Puffs, Julie Ann Earls booked the lead role in several PSA’s for UN Environment as a spouse breaking up with plastic. She also played Cleopatra in a Wegman’s commercial, and a Zenned out hippie in an Arm and Hammer ad. She’s half Filipina and half Irish, and when you can’t find her anywhere else, she may be at the beach.

Alex Mandell starred in the Broadway production of Hand to God, as well as Bad Jews. 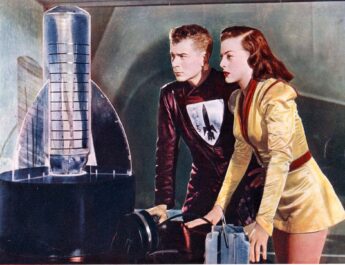 TELL ME A STORY: THE TRUE LIFE OF JAKOB STANLEY