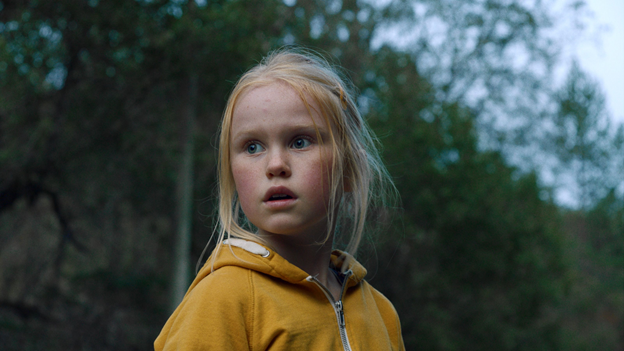 Sophomore feature by the Thelma, Louder Than Bombs, and Oslo, August 31 screenwriter bowed at Cannes 2021 Un Certain Regard and will next screen at Fantastic Fest

IFC Midnight announced today that they are acquiring U.S. rights to the coming of age supernatural drama The Innocents, written and directed by Eskil Vogt. IFC Midnight will release the film in 2022.

One of Scandinavia’s most acclaimed screenwriters for his collaborations with Joachim Trier, including Thelma, Louder Than Bombs, and Oslo, August 31, Eskil Vogt made his directorial debut with the 2014 Sundance and Berlin prizewinner Blind. His second feature as writer/director, The Innocents stars Rakel Lenora Fløttum, Alva Brynsmo Ramstad, Mina Yasmin Bremseth Asheim, and Sam Ashraf alongside Morten Svartveit and Ellen Dorrit Petersen. The film was produced by Maria Ekerhovd for Mer Films, in co-production with Zentropa Sweden, Film i Vast, Snowglobe, Bufo, Logical, Zefyr, and Don’t Look Now.

A dark and twisted morality fable that unfolds under the bright Nordic sun, The Innocents follows a group of young children who become friends during the summer holidays, drawn together by the discovery of mysterious shared abilities. Out of sight of the adults, the children bond quickly, exploring their newfound powers and testing their limits in the forests and playgrounds surrounding their brutalist apartment complex. As the children’s loyalties shift and small cruelties escalate, their innocent play takes a dark turn towards the malevolent, and strange things begin to happen.

Vogt made a splash at the 2021 Cannes Film Festival with two films, premiering The Worst Person in the World in competition with Joachim Trier and making his first directorial Cannes appearance with The Innocents in Un Certain Regard, where it caught the attention of critics for Vogt’s meticulous direction and the haunting performances by its young cast. In a review for the Hollywood Reporter, Leslie Felperin wrote, “The lonely, uncanny and sometimes unthinkingly violent world of childhood is explored with chilling candor and exceptional skill… Vogt keeps the focus tight on the children throughout, which somehow punches up the sense of dread”. Writing for Variety, Jessica Kiang hailed the film as “superbly atmospheric, deftly crafted horror”, adding, “this superior chiller is both a satisfying genre exercise and a minute observation of the process by which young children acquire morality…in [Rakel Lenora] Fløttum’s remarkably assured and self-possessed performance, Vogt finds a perfect avatar for his provocative yet persuasive ideas about the innocence (or otherwise) of children”.

Arianna Bocco, President of IFC Films, said, “Eskil Vogt is one of the most exciting filmmakers working in Scandinavia today. He has developed a distinct voice through his many high-profile writing credits over the years, and it’s with much excitement that we are now able to partner with him on his second directorial feature THE INNOCENTS. Although the film explores horror on a more supernatural level, there is a deeply rooted story of the complexities of morality layered in between, which makes this the perfect fit for IFC Midnight.”

Director Eskil Vogt added, “I’ve been a long time admirer of how IFC Films have championed independent and genre bending cinema in an ever changing marketplace. They have such a great and innovative team and I couldn’t be happier to work with them in unleashing THE INNOCENTS in the U.S.” Dave Bishop, CEO of Protagonist Pictures, said, “THE INNOCENTS is a brilliant and deeply unsettling film from a master filmmaker and we have no doubt that it will land with a punch. Our long-time friends at IFC are the perfect partners to connect Eskil Vogt’s stunning picture with U.S. audiences.”

The deal for the film was negotiated between IFC Films with Protagonist’s Chief Commercial Officer George Hamilton and Chief Operating Office James Pugh of Protagonist Pictures representing the filmmakers. 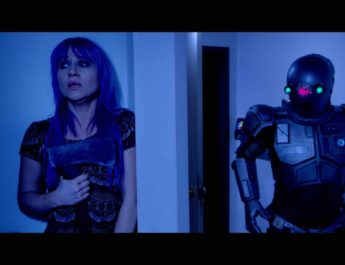