Do you remember a time before the internet? Before we carried lifelines in our pockets? Before security cameras documented our every move? Back when parents didn’t worry about their kids until the streetlights popped on? Do you remember how it felt to step into the neon-lit arcade on a Friday night, your pockets heavy with quarters?

Mixtape: 1986 is a forthcoming anthology featuring sixteen dread-filled stories about latchkey kids, monsters, housewives, gamers, murderers, truckers, spies, and more that are all set in the year 1986. These totally radical tales feature themes of estrangement and loneliness, fear and acceptance, love and forgiveness, family and friendship, self-discovery and sacrifice. They’re guaranteed to trigger your nostalgia and give you nightmares.

Our table of contents has already been finalized, so our Kickstarter campaign will fund printing and production of paperback and digital copies of Mixtape: 1986, including compensating our contributors. If we hit our funding goal with time to spare, we’ll activate stretch goals! Prices for all editions (e-book, paperback, hardback) of Mixtape: 1986 are specially discounted for this campaign; after this campaign ends, they will only be available at a higher retail price. Check out the Mixtape: 1986 campaign here! –> https://www.kickstarter.com/projects/thedreadmachine/mixtape-1986

Colombian artist Luis Carlos Barragán created the cover art for Mixtape: 1986, and we couldn´t be more thrilled with the result.

The Dread Machine is an online publication and indie publishing house specializing in dread-inspiring works of futuristic dark fiction. We dislike labels, but the stories we publish can best be described as dark speculative fiction. We release one story per week online and compile them into ePub issues quarterly. Each year, we craft two print anthologies, available in ebook, paperback, and hardcover. Visit us at www.thedreadmachine.com and follow us on Twitter @thedreadmachine.

Tina Alberino (she/her) is a freelance writer and certified copyeditor with ten years of digital publishing experience. She serves as The Dread Machine‘s Executive Editor under her fiction-focused pen name, Alin Walker, and edits for Quasar Editing. If you want to learn more about her work, view her portfolio. She rarely tweets, but follow her anyway @allhailalin.

Monica Louzon (she/her) is a Maryland-based writer, freelance editor, and Spanish-English translator. She is The Dread Machine‘s Acquiring Editor and she also edits for Quasar Editing. Previously, Monica served as lead editor for the anthology Catalysts, Explorers & Secret Keepers: Women of Science Fiction, and she was the founding editor for the MOSF Journal of Science Fiction.  Monica’s speculative work has appeared in (or is forthcoming from) Constelación Magazine, Curiouser Magazine, NewMyths.com, and many others. In 2020, she began compiling annual data reports on multi-author Kickstarter campaigns, which include average funding goals, success rates, numbers of backers, and more. Follow her on Twitter @molo_writes.

One of Those Nice Guys

Karl’s a long-haul trucker and one of those nice guys, but he doesn’t give anyone a ride in his rig anymore. Not after he picked up Liz at the diner off the Llano Estacado.

The job’s simple. Five thousand now, another ten upon delivery. Pick up the car, take the computer and any disks and tapes you find. Whatever you do, don’t turn on the computer.

Elaine’s on vacation and should be having the time of her life. There’s a beach. A boardwalk. An arcade. But she can’t enjoy anything anymore, not after her twin sister’s death. And now, she’s in a messy situation.

Tommy has his future mapped out: he’ll marry Marcy and she’ll go to college while he gets a job at the plant. They’ll buy a house on Maple Street, have three kids, and drive a station wagon. Tommy’s got everything planned until a grisly accident at the local amusement park. Now, he wants justice.

Herbert Leavenworth Painter is a nobody everywhere but at the Kastle Arkade, where he’s a god whose initials hold every high score on every machine except for The Neon Knight.  This new game is the hardest HLP has ever played, and topping the leaderboard just might kill him.

When Jonah’s parents split, they upended his life. Now, his dad’s gone, his mom’s always at work, and he’s a latchkey kid with a friend who should be dead. Every night, Jonah hides from the Bad Things, but they’re creeping in, and the latchkey kids are on their own.

This is a story about you, your father, and a rotting body in the woods. If you had a chance to change the past, what would you do?

Like all trophy wives, Caroline knows what she’s supposed to do: keep a fresh face, a tidy house, and a narrow waist. Her demanding, unfaithful husband isn’t ready for the Caroline who returns from the Gulf of Mexico after an algae bloom.

Gary’s about to make his comeback as a famous fashion designer at a yacht party and shake off everything that happened with that kid, the charges, and the lawsuit. A mysterious benefactor wants to see Gary’s newest designs, but Gary’s beginning to think his new paranoia isn’t just from the cocaine.

As soon as he saw his mom with that glossy Camp Klehani flier, Bobby knew he’d be stuck at “fat camp” for the summer. He can’t believe his luck when the camp’s insanely attractive counselors roll out a banquet of junk food. It’s almost good enough to keep him from noticing that some of the other kids have disappeared.

Toby hates his mom’s new boyfriend, so he’s going to run away forever. He just needs a little cash. Lucky for him, his best friend knows where to get some—in the abandoned resort at the edge of their small, Florida town.

A little jaw surgery won’t stop Luisa from celebrating her twenty-first birthday. Thanks to the steel forcing her teeth together, she’s only got enough space to slip a straw into her mouth, but (thankfully) that’s all she needs.

When the class bully makes the new kid, Brian, his highest-priority target, no one’s prepared for how far the bully’s willing to go… or what Brian’s hiding.

And the Universe Went On

When a dying Randy returns to his childhood home during the height of the HIV/AIDS epidemic, he finds the whole town deserted and learns more about estrangement and forgiveness than he could have anticipated.

Every Day’s a Party (With You)

Sara loves Christmas—cinnamon cocoa, berry tarts, and wrapping parties at her best friend Gloria’s house—but this year, she’s having trouble enjoying the season because her teenage daughter is acting weird. To make matters even more confusing, something has changed between Sara and Gloria.

When the Streetlights Go Off

When Jen’s friend Sherri gets too drunk and invites Jen to “party” with her and her new boyfriend in a creepy, abandoned house, Jen feels obligated to tag along. Entering was easy, but leaving may not be. 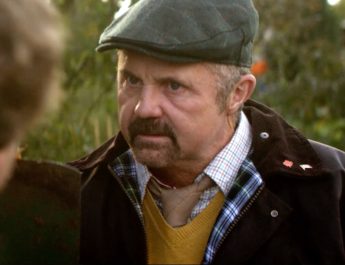