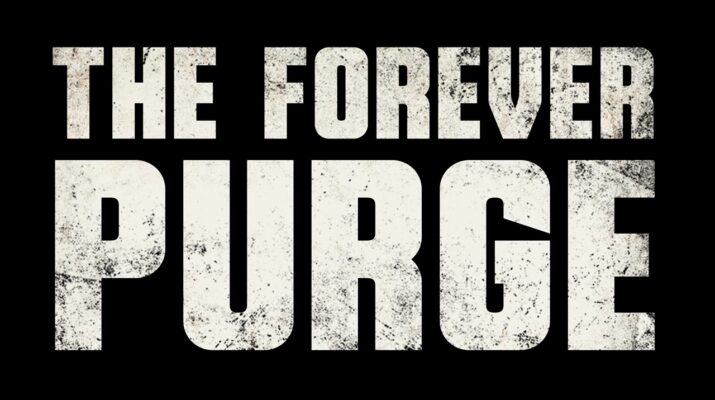 Here are some of the horror DVD/Blu-Ray releases for Sept 28th!

One night is not enough as members of an underground movement, no longer satisfied with the annual night of anarchy and murder, decide to overtake America through an unending campaign of mayhem and massacre. No one is safe. On the morning after The Purge, a masked gang of killers attacks a wealthy Texas ranching family and their workers. Exposed by daylight, the two families are forced to band together and fight back as the country spirals into chaos and the United States begins to disintegrate around them.

Late one night, a young couple are brutally murdered at a make-out spot by an unseen assailant, their bodies tossed into the nearby river. As the lifeless lovers drift slowly downstream, the residents of the town excitedly prepare themselves for their annual carnival, unaware that a machete-wielding maniac with a twisted grudge is lurking in their midst. When a group of teen revellers plan a late-night after party down in the local cemetery, they unwittingly set the stage for a bloodbath.

From the mind of celebrated horror author Stephen King, the man behind such classic terror tales as The Shining, Carrie, and It, comes one of his most chilling offerings yet. Linda Hamilton (The Terminator) and Peter Horton (Thirtysomething) star as a young couple who find themselves lost on the backroads of Nebraska, eventually winding up in the seemingly deserted town of Gatlin. But the town is far from empty. As the couple soon discover, it is inhabited by a twisted cult of murderous children, thirsty for another blood sacrifice… Available for the first time ever in Ultra High Definition, Arrow Video is proud to present a brand new 4K restoration of the film that launched one of the most enduring horror franchises of all time. Children of the Corn… they’re an adult nightmare!

Welcome to The Purge: a frightening future where all crime is legal for one night each year. It starts as a controversial social experiment, but becomes a deadly annual event where anarchists target people for execution while average citizens fight to survive. From home invasions to savage streets exploding with riots, the heart-stopping thrillers in The Purge 5-Movie Collection chronicle a dystopian America divided between murderous mayhem and a resistance movement determined to take back the country.

A decade after co-writing NIGHT OF THE LIVING DEAD, writer/director John Russo gathered members of George Romero’s Pittsburgh crews to film a new shocker fueled by equal parts grisly grindhouse jolts and ’80s satanic panic: Fleeing her pervy alcoholic stepfather (Lawrence Tierney of RESERVOIR DOGS infamy), a hitchhiking teen (Melanie Verlin) is abducted by a family of crazed homicidal rednecks for an ordeal of graphic butchery, shag carpet and devil worship. John Amplas (MARTIN) co-stars in this ”greasy, grimy guilty pleasure” (DVD Talk) featuring gore effects by Tom Savini and executive produced by Sam Sherman (DRACULA VS. FRANKENSTEIN) – released in some US markets as BACKWOODS MASSACRE and seized in the UK as a Section 3 ‘Video Nasty’ – now scanned in 4K from the negative of the long-rumored uncut version with all-new Special Features.

From Earl Owensby Studios – the South’s biggest producer/distributor of ’70s/’80s regional horror and exploitation hits – comes what may be the most obscure and bizarre slasher movie of the entire godless genre: In a 1930s small town rife with lust, corruption and sin, a mysterious figure wielding a scythe arrives to cut an unholy swath of murder, madness and moralizing that may lead straight to Hell. William T. Hicks (DEATH SCREAMS), Brownlee Davis (WOLFMAN), Jerry Rushing (FINAL EXAM) and Harris Bloodworth star in this ”early ’80s oddity worth seeing as something very different” (The Slasher Report) produced by Earl Owensby (TALES OF THE THIRD DIMENSION) and Worth Keeter (L.A. BOUNTY), now scanned in 2K from the IP for the first time ever.

Auntie Lee and her quartet of voluptuous “nieces” are known for making the tastiest meat pies around, all from Auntie’s top secret recipe which calls for a most unusual type of meat: human. In order to acquire the juiciest flesh, the girls employ their lusty charms; luring unsuspecting male strangers into a carnal – and deadly – trap, in which they’re chopped, quartered, and minced. Everything is going just peachy for Auntie’s little family, despite the occasional misbehavings of Larry, their “simple” helper, but when the girls lure a freaked out rock group over to have for dinner, things run the risk of getting out of control. And what about the perpetually snooping Police Chief Koal?

At an exclusive all-girls college, a group of chronically misbehaving students are “rewarded” for their bad behavior by being assigned with the task of cleaning a magnificent old mansion (with a deadly past) in preparation for its grand re-opening by the school. But when the girls discover – and use – a dusty old Ouija board, they accidentally revive a terrifying evil spirit, which begins dispatching them by cleaver, hook, car, and more. Can they put an end to the carnage before none are left alive?

Kevin, his older sister, Brittney, and her fiancé, Tony, arrive at their parents’ lakeside cabin expecting a leisurely weekend getaway. But their holiday turns into a trip from hell as they enter the scene of a mass shooting where their parents and neighbors all lie dead. Terror strikes when they discover the shotgun-wielding murderer, fresh off a night spent battling demons… or so he claims. They pin him down and lock him in the cellar, but as darkness falls, Kevin begins to entertain the man’s ravings about possessed campers and demons in the woods. As unexpected and traumatic events continue to unfold, the family must find a way to survive the night without turning on each other or becoming possessed.

Shiyori is a young lady trying to mend a broken heart who travels with her best friend, Aiko, to a remote village known for its therapeutic hot springs. But what was planned to be a relaxing, quiet get away, turns into a nightmare! Unbeknownst to them, the seemingly quiet country village harbors a community of psychopaths that begin to prey on the two friends. Amidst the panic, Shiyori and Aiko are separated and the cell phone that keeps them connected only serves to amplify the terror! Includes special features.