October is finally upon us, which means Halloween is right around the corner. The leaves are changing, the air is crisp, nighttime is starting earlier and it’s time to binge on spooky Halloween movies and TV! Luckily, at FilmRise, we’ve got more new and classic spooky genre fare than your black heart knows what to do with — and it’s all free to stream.

We’re starting off the month with a marathon of the BBC hit series Young Dracula, a comedy chronicling a teen vampire as he embraces his bloodthirsty destiny. We’ve also got two weekends of our Creature Feature Weekends Marathon featuring your favorite callbacks to the “creature feature” B-movies of the 1950s and 1960s. Titles include TEXAS CHAINSAW MASSACRE auteur Tobe Hooper’s CROCODILE and lava-born tarantulas terrorizing Steve Guttenberg in LAVALANTULA.

Two more BBC hits, Being Human and Blood Ties, join forces in our More-Than-Human Marathon, for some added doses of horror-dramedy, as well as our monthly Full Moon Marathon featuring the finest in werewolf-related content. We’re rounding out the month with our Halloweekend Marathon, including spooky classics new and old such as ALONG CAME THE DEVIL starring Sydney Sweeney (White Lotus, THE VOYEURS), GEORGE A. ROMERO PRESENTS: DEADTIME STORIES VOL. 1 & 2, and legendary Final Girl Jamie Lee Curtis in PROM NIGHT.

Streaming free on The Roku Channel US, IMDb TV US, Redbox Free Live TV US and VIZIO WatchFree+ US

Streaming free on The Roku Channel US andVIZIO WatchFree+

Streaming free on The Roku Channel US, Redbox Free Live TV US andVIZIO WatchFree+ US

All weekend long, binge hit supernatural series like the creature-drama Being Human and the thrilling vampire detective show Blood Ties.

Streaming for free on The Roku Channel and VIZIO WatchFree+ 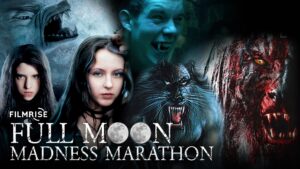 Now airing under every full moon: celebrate this month’s full moon with the scariest and hairiest werewolves ever seen on screen.

Streaming free on The Roku Channel US, IMDb TV US, XUMO US, Redbox Free Live TV US, VIZIO WatchFree+ US, TiVo+ US andAltice Stream 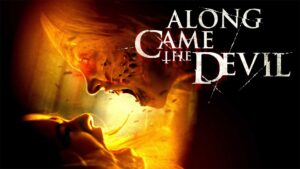 This Halloween, scream along to hit horror films like Prom Night and Along Came the Devil. 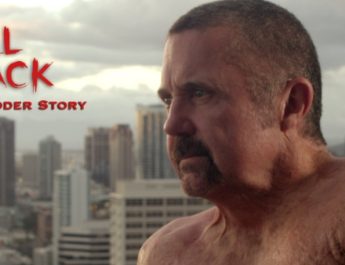