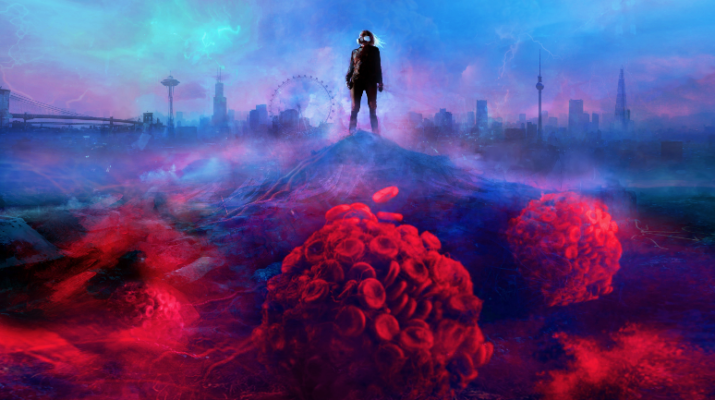 “Isolation” to be released on VOD platforms on November 2nd, 2021

Gravitas Ventures, a Red Arrow Studios Company and Kamikaze Dogfight announced today that they have acquired U.S. and Canadian rights for “ISOLATION.” The film is a feature-length anthology, weaving together nine standalone yet interconnected tales of terror from all corners of the world as people confront their darkest fears, in an attempt to survive an increasingly deadly pandemic. The film had its world premiere in London at FrightFest Uk 2021 and will have its North American premiere on October 15th at Screamfest LA, followed by a release on VOD platforms Friday, November 2nd, 2021.

As a narrative framework, Director and Producer, Nathan Crooker created a fictional world many months into the future that is based around the current global pandemic. All eleven filmmakers used the same unifying framework in creating their stories. The filmmakers were tasked with how to stay creative using only what was available to them at the time. They were not allowed to use Zoom or any other video conferencing services and were only allowed to use the equipment and resources they had with them when they entered into lockdown, including cast and crew, adhering to their respective COVID-19 protocols.

Ghost Gang Productions Nathan Crooker states “We are thrilled to be working with Gravitas Ventures and Kamikaze Dogfight in bringing this unnerving and suspenseful anthology out into the world. Making this film with the many talented directors was such a rewarding process, and I am incredibly proud of having created a story unlike anything else in the horror genre.”

Megan Huggins, Acquisitions Coordinator for Gravitas Ventures says “This bloody take on COVID-esque isolation makes us look at our own darkest fears. Using an anthology format, the various filmmakers have shown us how citizens of the world are one and the same when confronted by a terrifying outbreak… but how we survive is different.”

Adds Andrew van den Houten of Kamikaze Dogfight  “It’s always fun working with new directors and veterans to create something unique to the times we are living in.  This grouping of films brings some thought-provoking ideas to the mix in the genre and gives the audience lots to feast upon.”

Gravitas  Ventures,  a  Red  Arrow  Studios  company,  is  a  leading  all  rights  distributor  of independent  feature  films  and  documentaries.  Founded  in  2006,  Gravitas  connects independent filmmakers and producers with distribution opportunities across the globe. Working  with  talented  directors  and  producers,  Gravitas  Ventures  has  distributed thousands of films into over a hundred million homes in North America – over one billion homes worldwide. Recent releases include  Queen Bees directed by Michael Lembeck, Our Friend directed by Gabriela Cowperthwaite, starring Casey Affleck, Dakota Johnson, and Jason Segel,Vanguard, directed by Stanley Tong and starring Jackie Chan, The Secret: Dare to Dream, directed by Andy Tennant and starring Katie Holmes; End of Sentencestarring Logan Lerman and John Hawkes; Looks that Kill; Tread; Loopers: The Caddie’s Long Walk, narrated by Bill Murray; and Colin Hanks’ All Things Must Pass.  For more information, please visit www.gravitasventures.com, and follow @GravitasVOD on Twitter and @gravitasventures on Instagram.

Red Arrow Studios is one of the world’s leading creators and distributors of entertainment content, comprised of an acclaimed network of international production companies and labels in seven territories; world-leading digital studio, Studio71, based in six countries; and global film and TV distributors Red Arrow Studios International and Gravitas Ventures. The group’s significant output includes scripted, non-scripted and formatted content and IP, from TV and film to short-form and branded content, made for an array of global networks and platforms. Red Arrow Studios is part of ProSiebenSat.1 Media SE, one of Europe’s leading media groups. Redarrowstudios.com

Kamikaze Dogfight, founded by veteran producers Andrew van den Houten and Han Soto is a distribution company in partnership with Gravitas Ventures, focused on emerging and established filmmakers with a focus on genre films. For more information, visit http://www.KamikazeDogfight.com

Ghost Gang Productions, founded by Nathan Crooker, is a full service production  company committed to creating bold, thought-provoking work across film, television, and in the digital space. Ghost Gang thrive on innovative, diverse, and disruptive storytelling,  that speaks to contemporary social issues in the genre world