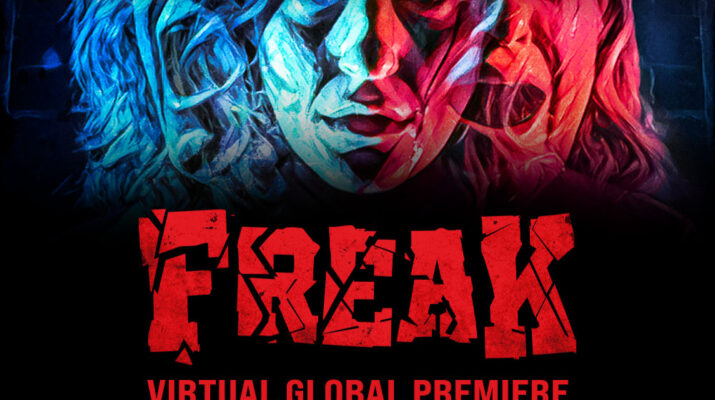 Calling all horror fans! The virtual global premiere of FREAK hosted by Director, Bianca Crespo is December 16, 2021 at 8pm EST. 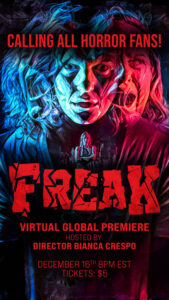 Synopsis:
Following a harrowing incident in LA, writer Ava retreats to a remote cabin in the woods of Bucks County to escape, but the longer she stays, the more she realizes that her nightmare has only just begun.

Born and raised in Philadelphia, Bianca Crespo is a producer, director, and writer, who started her entertainment career in Los Angeles in 2012, where she worked for The Academy of Motion Picture Arts & Sciences and Millennium Films. She established her independent company Santa Mira Studio in 2017, producing various multimedia projects like Brain Burrow, a horror/psychology podcast hosted by Mark D. Valenti. 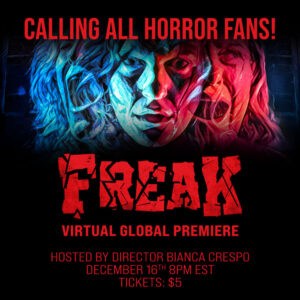 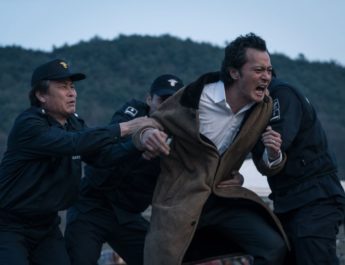 John Rhys-Davies Vs the Undead in SOLDIER OF WAR 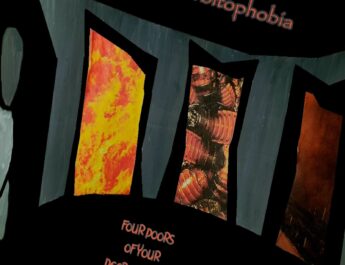