‘IN SEARCH OF DARKNESS’ CREATORS TEAMING UP WITH ‘THE FOUND FOOTAGE PHENOMENON’ FILMMAKER FOR ULTIMATE ITALIAN HORROR CINEMA SUPERDOC; INVITING FANS TO PARTICIPATE FROM SCRIPT TO SCREEN

Calling All Italian Horror Film Fans: The producers of the popular IN SEARCH OF DARKNESS documentary series & THE FOUND FOOTAGE PHENOMENON want to hear your opinions at italianhorrordoc.com.

CREATORVC and the makers of THE FOUND FOOTAGE PHENOMENON are teaming up for NIGHTMARE INDUSTRY – the ultimate superdoc on Italian horror – and want to hear from superfans of “spaghetti splatter” and anyone hungry to sample the subgenre’s bloody delights. Using CREATORVC’s innovative community-driven entertainment model, NIGHTMARE INDUSTRY will not just be created for fans, but with fans: empowering Italian Horror devotees to have a say every step of the way, from initial validation to production and completion.

To put it simply: NIGHTMARE INDUSTRY can’t happen without your input!

Spearheaded by acclaimed author and journalist Eugenio Ercolani (Darkening The Italian Screen) and filmmaker Phillip Escott (The Found Footage Phenomenon), NIGHTMARE INDUSTRY will be the ultimate survey of Italian horror – charting the rise and fall over the decades of one of the wildest, goriest, and most unforgettable regional horror booms in the history of the genre through interviews with the filmmakers, stars, producers and crewmembers that experienced it firsthand.

CREATORVC, Eugenio Ercolani and Phillip Escott invite you to visit www.italianhorrordoc.com to share your thoughts and feedback on the proposed creative direction of NIGHTMARE INDUSTRY. Please complete the validation survey before Monday, January 24th.

NIGHTMARE INDUSTRY will tell the story of a small army of Italian filmmakers who helped shape the horror genre as we know it today. Boisterously challenging America’s dominant grasp on global cinema, their work pushed boundaries both technically and morally. From Gothic horror to the carnal violence of Gialli and the gut-munching terrors that followed in their wake, Italian horror cinema dominated the world market and NIGHTMARE INDUSTRY will expose how these much-loved filmmakers made these films, acquiring a legion of loyal fans as they went. This is a wild story of rivalries, heartbreak, compromises and creativity that transcended cinema and explores how a band of dedicated filmmakers changed the shape of horror forever…

Eugenio Ercolani – Co-Director & Producer is a filmmaker and film historian, he has written countless articles on Italian horror cinema and has written the ultimate book on the subject with Darkening The Italian Screen. He has interviewed many of the mavericks for boutique labels all around the world, including 88 Films, Arrow Video, X-Rated Kult, Wicked Vision and many more. He is the grandson of filmmaker Giulio Petroni, who directed much-loved Spaghetti Westerns such as Tepepa and Death Rides a Horse.

Phillip Escott – Co-Director & Producer is a filmmaker and an avid fan of Italian horror cinema, when he isn’t making films he’s releasing them through his boutique label Fractured Visions. He also works with some of the leading boutique labels that deal with horror cinema, including Second Sight Films, 88 Films, 101 Films and Arrow Video. His films, Cruel Summer and The Found Footage Phenomenon, have played in numerous film festivals around the world, including Fright Fest in the UK, Sitges in Spain, Fantastic Fest in the US and Monster Fest in Australia and have secured global distribution.

Robin Block – Exec Producer is the Founder/CEO of CREATORVC, the world’s leading crowdfunded factual entertainment company. Robin is also the creator and Exec Producer of the critically acclaimed In Search of Darkness ‘80s horror documentary series and the forthcoming ‘80s Sci-Fi retrospective In Search of Tomorrow. 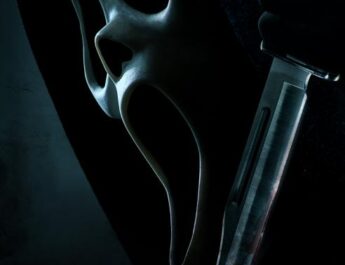 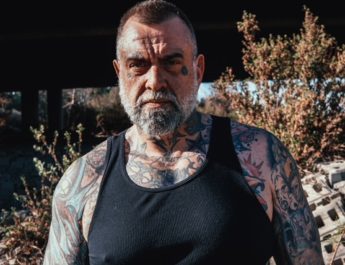 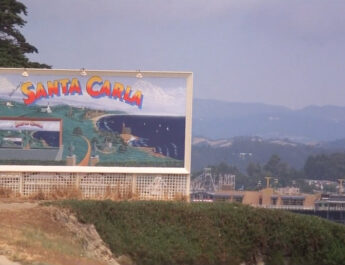 Screening of “THE LOST BOYS” at Santa Cruz Boardwalk Where it was Filmed!