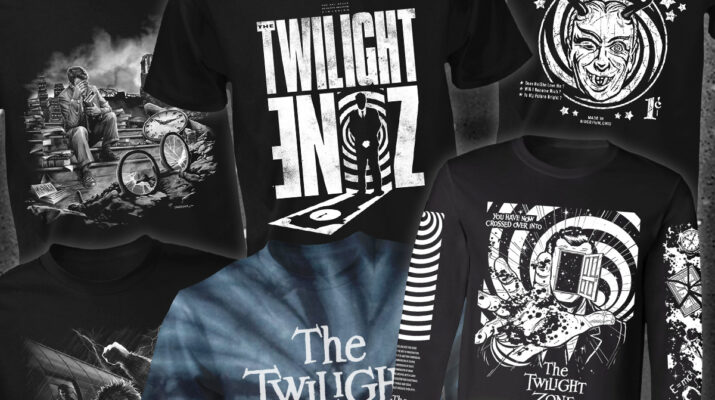 You’re traveling through another dimension. Next stop, Fright-Rags for The Twilight Zone and The Crow apparel plus an array of horror beanies and restocked shirts.

Cross over into The Twilight Zone with Fright-Rags’ apparel from Rod Serling’s timeless anthology series. The line features six shirts, including a tie-dye tee and a glow-in-the-dark long sleeve design. 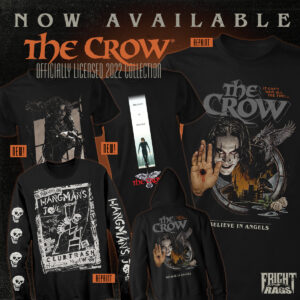 Believe in angels with Fright-Rags’ The Crow apparel. Two new shirts are available along with a pair of reprints, ranging from the classic poster to a Hangman’s Joke deep cut.

Keep your horror head warm this winter with beanies from Fright-Rags. Eight designs from Halloween III, An American Werewolf in London, Chucky, Creepshow, They Live, and Jaws are available.

Fright-Rags has also restocked eight sold-out tees from The Thing, Halloween Kills, They Live, Trick ‘r Treat, Elvira, The Texas Chainsaw Massacre, An American Werewolf in London, and The Return of the Living Dead.

The Twilight Zone, The Crow, beanies, and reprints are available now at Fright-Rags.com