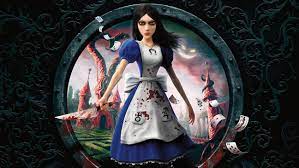 Radar Pictures has secured the television rights to American McGee’s Alice, the acclaimed third-person action adventure game based on Lewis Carroll’s Alice’s Adventures in Wonderland and Through the Looking-Glass published by Electronic Artists (EA). The drama series will be developed as the first adaptation of American McGee’s Alice franchise, Alice and its 2011 sequel Alice: Madness Returns.

As active development on the series begins, McGee beamed: “David Hayter brings imagination, experience, and stealth sneaking skills gained through successful missions in film, TV, and video games – a unique combination sure to make this adventure into Wonderland a successful one for the franchise and the fans. I am excited to be working with him and know the Alice fans will welcome him with mad affection.”

The project is a collaboration between Radar Pictures, Abandon Entertainment and writer-producer David Hayter (X2, Watchmen, Netflix’s “Warrior Nun”). Hayter will write and produce the series. Anthony Tringali, Maria Frisk and Michael Napoliello will produce for Radar. Karen Lauder and Marcus Ticotin will produce for Abandon.

With over 23 years game industry experience, American McGee has been involved with the development and creation of projects across the globe. He began his career developing and designing the games DOOM and Quake with id Software, and following the success of Alice, went to Hong Kong to create Bad Day LA. He then founded the company Spicy Horse Games in Shanghai where he developed Alice: Madness Returns as well as Akaneiro: Demon Hunters, and Grimm. Now, with his company Mysterious Inc., McGee is developing the highly anticipated sequel Alice: Asylum and Oz: Adventures, a narrative game based on the L. Frank Baum classics.

Shortly after Alice returned from the miraculous trip through the Looking-Glass, her house was burnt down, and her parents died in the fire. Alice was the only survivor of the terrible accident. After repeated attempts at suicide, she gets locked up inside a mental institution and is slowly wasting away there before she is summoned to Wonderland again by the White Rabbit. But this time it’s a Wonderland gone seriously bad and gory. The only chance for Alice to restore her peace of mind and find out more about the death of her parents is to fight through Wonderland and free it from the evil powers.

Hayter said, “American McGee’s Alice and Alice: Madness Returns game series is a groundbreaking reimagining of the classic tale. It takes you into the heart of a corrupted Wonderland and throws light into shadowy corners the world has never seen. I am beyond excited to bring this world of madness and wonder to a global audience.”

The series will be executive produced by Radar’s Ted Field, whose 30 years in the film industry have led to worldwide box office grosses topping $8 billion. He has produced more than 60 films, including the Jumanji franchise, the Riddick franchise, Amityville Horror (2005), The Last Samurai (2003) and The Texas Chainsaw Massacre (2003). He is an executive producer on “The Wheel of Time”, the new Amazon Prime Video fantasy series based on Robert Jordan’s novels.

Speaking of the upcoming collaboration, Field shared, “David Hayter is a writer Radar has long admired who has a deep fanbase in the video game space. His take on American McGee’s Alice was so bold that we felt his vision is a series anyone would have to see.” 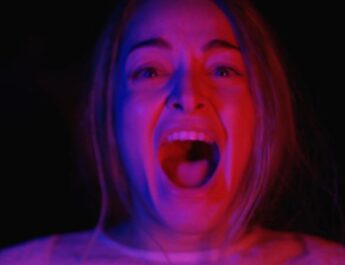 Coming to Vudu for Halloween – THE INSTITUTE 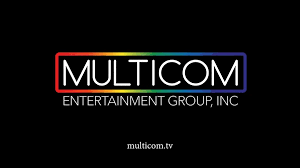