Magnet Releasing will release ULTRASOUND in theaters and on demand March 11, 2022

Based on the comic book, Generous Bosom, by Conor Stechschulte

Driving home late at night during a heavy rainstorm, Glen experiences car trouble. Near where his car gets stuck, he spots a house, knocks on the door and is greeted by an oddly friendly middle-aged man, Arthur, and his younger wife, Cyndi. The strange couple pours him a drink, and then more drinks, followed by an unexpected offer that Glen can’t refuse. Elsewhere, a young woman, Katie, is feeling emotionally weighed down by a secret romantic arrangement that feels like a textbook case of gaslighting. And at the same time, in a nondescript research facility, medical professional Shannon begins questioning her role in a bizarre experiment, fearing that she’s doing more harm than good. 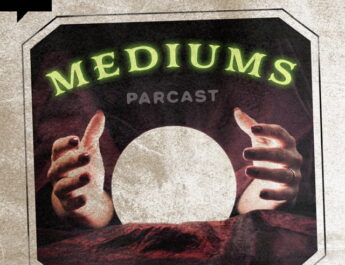