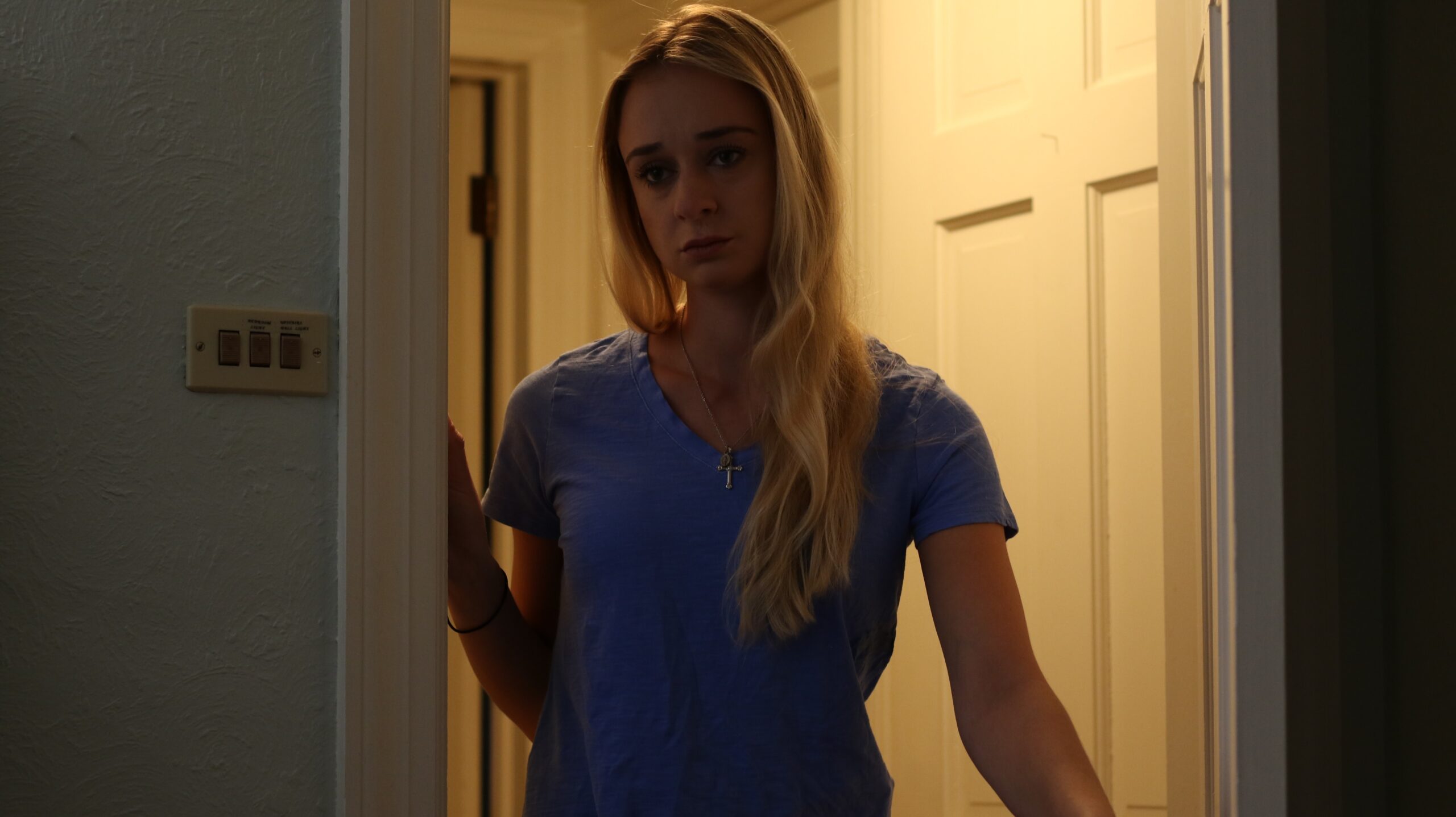 “The Demon’s Waltz” is a TikTok inspired indie horror film released in late 2021 and arriving on more platforms in the new year.  The story follows a young private investigator, played by Briana Aceti, who is tasked with uncovering the origin of a viral dance challenge that is purportedly cursed.  Many who have mindlessly copied the challenge reported hauntings and a handful died shortly after performing it.

Writer/Director Ryan Callaway, who has won 2 Best Screenplay awards at film festivals (also nominated for “The Demon’s Waltz” at the 2021 Northern Horror Fest), began to develop the story after almost participating in a TikTok challenge with his daughter and niece.  He backed out at the last minute and jokingly pledged to demonize TikTok in a future movie.  The joke and his hatred of TikTok led to him and his co-producer and wife Amy kicking around ideas and doing research that eventually spawned a screenplay.

Filming took place in New Jersey and Pennsylvania between November 2020 and January 2021.  2x Young Artist Award winner Breanna Engle (who starred in two prior Callaway films “One Winter Night” and “Let’s Not Meet”) joined the cast alongside Aceti, Kailee MacGuire, Sophia Zalipsky, and other talented up and coming stars.

The film is currently available on Tubi TV, Plex, and Amazon Prime and is expected to land on more channels and platforms in 2022.