Los Angeles-based indie genre production company Epic Pictures Group have begun shooting DOUBLE BLIND in Ireland this month. The feature will star British actress Millie Brady (The Last Kingdom, The Queen’s Gambit, ROADKILL) alongside horror icon Pollyanna McIntosh, who can most recently be seen recurring in the hit Netflix series Vikings: Valhalla and is best known for her role as Jadis on The Walking Dead and The Walking Dead: World Beyond and as the lead in Lucky McKee’s cult horror THE WOMAN, as well as for her acclaimed feature directorial debut DARLIN’, which she also starred in. Epic Pictures Group will launch worldwide sales on the film at the upcoming Marché du Film at Cannes next month.

DOUBLE BLIND is written by Darach McGarrigle and marks the feature directorial debut for Ian Hunt-Duffy who, along with producer Simon Doyle, run the Dublin-based production company Failsafe Films. The film is the latest in a string of celebrated and successful Irish co-productions Epic Pictures Group has been a part of with notable titles including the recent SXSW Midnighter THE CELLAR, starring Elisha Cuthbert, critically acclaimed ghost comedy EXTRA ORDINARY, starring Will Forte and comedian Maeve Higgins, and Neasa Hardiman’s feature directorial debut SEA FEVER, starring Connie Nielsen, Hermione Corfield, and Dougray Scott, which premiered at the Toronto International Film Festival in 2019.

The upcoming horror-thriller follows seven strangers taking part in a paid drug trial that become trapped in the lab after the side effects of the study escalate the situation into a nightmarish scenario- if they fall asleep, they die. Brenock O’Connor (Game of Thrones), Abby Fitz (THE CELLAR), Shonagh Marie, Diarmuid Noyes, Frank Blake, and actor Akshay Kumar round out the cast.

“Epic is thrilled to continue our partnership with Screen Ireland and bring Ian’s first feature film to the market. We have been working with Simon and Failsafe to develop a compelling and commercial script for buyers and are excited to see it come to life with Pollyanna and Millie as stars,” says Epic Pictures Group CEO Patrick Ewald.

“I’m delighted to be shooting DOUBLE BLIND with the support of Epic and Screen Ireland. As a filmmaker I am deeply passionate about creating original, suspenseful, and intelligent genre cinema, and I believe that the hook of our story — fall asleep and you die — is so evocative and memorable. It takes something ordinary and innocent and makes it deadly. We have a fantastic ensemble cast led by Millie Brady and horror icon Pollyanna McIntosh, so I cannot wait for audiences to experience the tension, claustrophobia, and dread that we have in store,” says director Ian Hunt-Duffy.

Also on Epic’s slate is the Canadian and Métis horror-thriller DARK NATURE from first-time feature director Berkley Brady and produced by Michael Peterson (KNUCKLEBALL, HARPOON). The film stars Hannah Emily Anderson (JIGSAW), Madison Walsh, and Roseanne Supernault (Blackstone, RHYMES FOR YOUNG GHOULS), and will be featured as part of the 2022 Fantastic 7 lineup, organized in partnership between the Marché du Film and Sitges Film Festival, as the title endorsed by the Toronto International Film Festival. 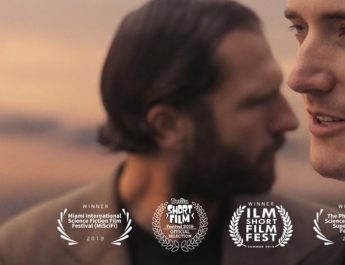 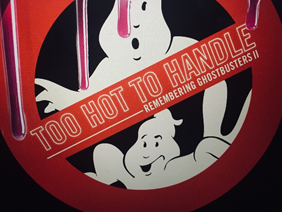