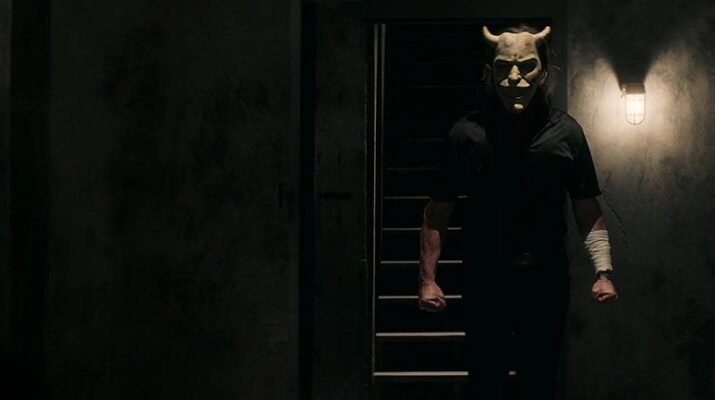 Universal Pictures and Blumhouse’s The Black Phone, directed by Scott Derrickson, to close the festival.
Passes on sale now: www.overlookfilmfest.com

The Overlook Film Festival is proud to announce its closing night film and first wave of the 2022 festival lineup. The festival will close with Universal Pictures and Blumhouse’s The Black Phone. Based on an award-winning short story from Joe Hill’s best-selling 2005 collection 20th Century Ghosts, this new horror thriller from the filmmakers of Sinister stars four-time Oscar nominee Ethan Hawke and marks the triumphant return to the genre for screenwriter C. Robert Cargill and director-screenwriter Scott Derrickson.

The Overlook’s signature live and special event programming is back with a vengeance in the festival’s first in-person event since 2019. This wave features a one-of-a-kind performance from homegrown impresario Quintron, the return of fest favorite THE PUMPKIN PIE SHOW, alternative media art collective Dream Video Division’s NOSFERA2, a remixed & reimagined free presentation in honor of the 100th anniversary of F.W. Murnau’s horror masterpiece, and a live presentation of THE KINGCAST presented by FANGORIA. Since 2020, podcast hosts Eric Vespe and Scott Wampler have brought together some of the biggest filmmakers, authors, comedians, and pop culture commentators to discuss the work of Stephen King.

This year’s Festival Headquarters will be situated at the newly branded Prytania Theatres at Canal Place, located in Downtown New Orleans. A portion of the proceeds from all pass and ticket sales will be donated to the Hurricane Ida Relief and Recovery Fund, a project from the Mutual Aid Response Network led by Imagine Water Works.

“2022 has already proven to be an exceptional year in cinema so it’s only fitting that this is the year we return the festival to the big screen,” said festival co-director Michael Lerman. “The genre keeps broadening in creative ways, and The Black Phone is a perfect example of just how good contemporary horror filmmaking can be.” Added festival co-director Landon Zakheim, “It’s a testament to the resilience and spirit of this community, the trust of our partners, and our team’s dedication to safety, that we’re able to rise from the dead once again to unleash this spooky carnival for all to partake.”

Please find details on the first wave of feature film and special event presentations below. An additional wave of titles will be announced on May 3rd. 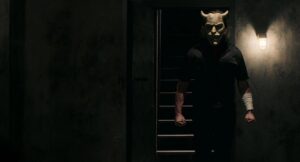 The Black Phone
Director: Scott Derrickson
Cast: Mason Thames, Madeleine McGraw, Jeremy Davies, James Ransone and Ethan Hawke
United States, 2022
The minds behind Sinister and Dr. Strange return to horror with this terrifying tale of a shy 13-year-old boy (Mason Thames), abducted and trapped in a soundproof basement by a sadistic killer (Ethan Hawke), who begins to receive mysterious calls, on a dead telephone, from the killer’s previous victims.

Deadstream
Directors: Joseph Winter, Vanessa Winter
Cast: Joseph Winter, Melanie Stone
USA, 2022
This go-for-broke gorefest sees an arrogant, stunt-driven video blogger, on the verge of social cancellation, who gets exactly what he bargained for when he faces his craziest challenge yet – spending a night in an actual haunted house. 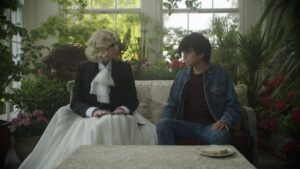 Flux Gourmet
Director: Peter Strickland
Cast: Asa Butterfield, Gwendoline Christie
UK/USA/Hungary, 2022
Peter Strickland (In Fabric, The Duke of Burgundy), the master of oddities, is back with his latest tale, a portrait of an institute devoted to culinary and alimentary performances where power struggles, bizarre fetishes, gastro-intestinal issues and revenge abound.

Resurrection
Director: Andrew Semans
Cast: Rebecca Hall, Tim Roth
USA, 2022
Rebecca Hall and Tim Roth turn in career defining performances in this blistering tale of a successful business woman whose peaceful and disciplined life with her daughter takes a turn for the very, very dark, when a man carrying the secrets of their past returns to confront her. 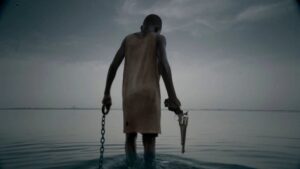 Saloum
Director: Jean Luc Herbulot
Cast: Yann Gael, Evelyne Ily Juhen, Roger Sallah, Mentor Ba
Senegal, 2021
When a group of mercenaries transporting both a fugitive and a bounty they stole find themselves stranded in a remote region of Senegal, they begin to realize there a much more potent fears out in the unknown in this action-packed, twisty genre bender.

Swallowed
World Premiere
Director: Carter Smith
Cast: Cooper Koch, Jose Colon, Jena Malone, Mark Patton
USA, 2022
From Carter Smith, the Director of The Ruins, comes a pulse-pounding tale of two best friends on what might be their final night together. A drug deal gone wrong finds them at the center of a chilling queer body horror full of shocking violations. 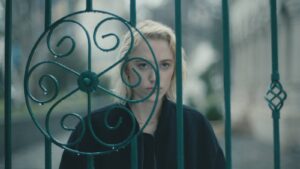 Watcher
Director: Chloe Okuno
Cast: Maika Monroe, Karl Glusman, Ciubuciu Bogdan Alexandru
USA, 2022
One of the most exciting new voices in horror this year, Chloe Okuno, makes her solo feature debut with this homage to 70s tales of paranoia about a young woman who moves to foreign country with her fiancée and can’t shake the feeling that she is being constantly monitored by an unseen figure in an adjacent building.

Who Invited Them?
World Premiere
Director: Duncan Birmingham
Cast: Ryan Hansen, Melissa Tang, Timothy Granaderos, Perry Mattfeld
USA, 2022
Reminiscent of Michael Haneke’s Funny Games, Duncan Birmingham’s first feature follows a young married couple who, after a successful housewarming party, discover that their charming new neighbors have crashed. Hoping to prove themselves to be hospitable, they keep the drinks flowing, only to realize there might be sinister intent in the air.

Presented by the University of New Orleans

The Kingcast Presented by FANGORIA
Creators & Hosts: Eric Vespe, Scott Wampler
Since 2020, the FANGORIA Podcast Network’s THE KINGCAST has brought together some of the biggest filmmakers, authors, comedians, and pop culture commentators to obsess over Stephen King’s ever-expanding library of stories, novels, TV miniseries, and feature film adaptations for a series of conversations that are hilarious as often as they are heartwarming and unexpected. Co-hosted by veteran film bloggers Eric Vespe and Scott Wampler, THE KINGCAST boys are honored and excited to be bringing their particular set of horror-podcasting skills to this year’s Overlook Film Festival, where they’ll be screening a film that deserves to be seen on a very big screen with a very rowdy crowd. Buckle up.

Nosfera2
Free Screening
Creators: Dream Video Division
One hundred years ago, F.W. Murnau created an unauthorized and unofficial adaptation of Bram Stoker’s 1897 novel Dracula. Today, the alternative media art collective Dream Video Division creates an unauthorized and unofficial adaptation of Nosferatu (1922). A mix of a live screening and online stream, be ready to chat as we bring this viewing experience into the 21st century. Join us for a once-in-a-century unique live event of a remixed, reinterpreted, remastered feature-length version of the original silent horror classic: Nosfera2.

The Pumpkin Pie Show Presented by Quirk Books
Creator, Writer, Performer: Clay McLeod Chapman
The Pumpkin Pie Show rises from the dead once more! A staple of the festival since its inception, Author/performer Clay McLeod Chapman returns to the Overlook with his depraved brand of storytelling, offering an intimate look into the hearts of monsters, murderers and madmen.

Quintron At The Chamberlain Presented by Crescent Canna
Performer: Quintron
Quintron (AKA Robert Martin Greenfield) performs impressionistic, instrumental organ music on a cache of classic keyboards combined with some homemade electronics from his shop in 9th Ward, New Orleans. Expect his patented Drum Buddy, a light-activated coffee-can drum machine, to be a part of the setup. At the heart of this music are taped orchestra loops, created for the Chamberlin company in Wisconsin in the 1940s. In Quintron’s hands, these faraway sounds provide a soft bed for some acidic, Crème-Light Exotica – best enjoyed with your back turned; this is music made to be IGNORED!

To keep up to date with The Overlook Film Festival, visit overlookfilmfest.com. 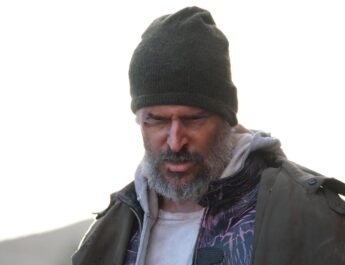 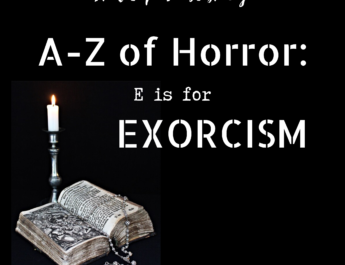 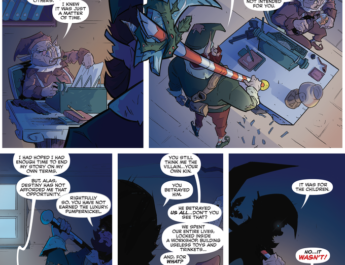