Press Release
May 4, 2022May 2, 2022
Posted By: HorrO 0 Comment Blood Flows and Minds are Playthings in NIGHT CALLER the Latest Gorefest from Chad Ferrin On VOD May 13th, horror, Press Release, promote horror, Spread the Horror

Following a successful run on the genre festival circuit, 123 Go Films has announced the North American VOD premiere of Chad Ferrin’s Night Caller. The latest feature from the director of The Deep Ones, Exorcism at 60,000 Feet and Someone’s Knocking at the Door, the psychic serial killer mystery will be available on a number of digital and cable platforms, including iTunes, Amazon, Google Play, iNDemand and DISH, beginning May 13th.

Night Caller made its world premiere at San Francisco’s Another Hole in the Head Festival, and went on to make audiences gag and squirm at festivals around the world, picking up Best Film at the Swedish International Film Festival and Peep Hole, and sweeping the awards at Anatomy Crime – Horror International Film Festival, taking home Best Director, Best Film, Best Actress, and Best Cinematography.

Telephone psychic Clementine Carter is pulled into a complex web of mystery when she receives a call from a serial killer. Predicting his murders before he commits them puts her into a terrifying game of cat and mouse. Enlisting the aid of her invalid father and clairvoyant co-worker, they must use their unique abilities to stay one step ahead of a maniac whose unspeakable acts in the present are nothing compared to his past and future. 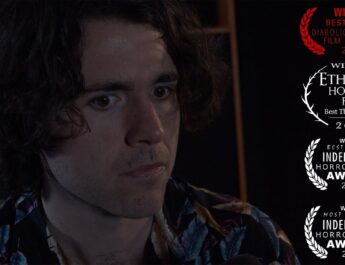 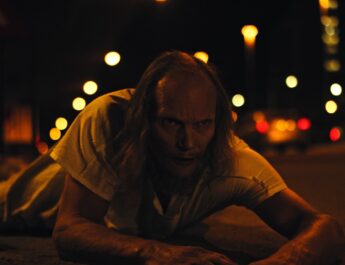