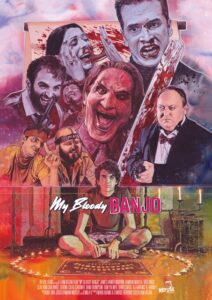 My Bloody Banjo is FINALLY released for the first time on Blu-ray to celebrate the upcoming sequel “My Bloody Banjo 2: Eating Miss Campbell” (currently in post-production)

My Bloody Banjo (previously titled “Banjo”) was the notorious horror comedy that set the film festival circuit alight back in 2015, premiering at the prestigious Film4 FrightFest in Leicester Square, the movie went on to gross out audiences worldwide. My Bloody Banjo is now finally available to own on home video: Uncut, uncensored and uncircumcised!

Exclusively available to pre-order via the Indiegogo campaign for completion funds to the sequel “My Bloody Banjo 2: Eating Miss Campbell” at http://refusefilms.com 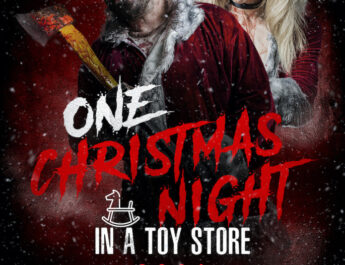 ONE CHRISTMAS NIGHT IN A TOY STORE Launches Indiegogo Campaign to Conclude the Trilogy!