Here are some of the horror DVD/Blu-Ray releases for September 20th!

From producer Sam Raimi (DOCTOR STRANGE IN THE MULTIVERSE OF MADNESS) and director Alexandre Aja (THE HILLS HAVE EYES), CRAWL is a nail-biting creature-feature from start to finish. As a category 5 hurricane tears through Florida, Haley rushes to find her father, who is injured and trapped in the crawl space of their home. The storm intensifies and water levels rise, just as the pair face an even more terrifying threat—alligators lurking below the surface, ready to chop.

The original 1933 classic! On a mysterious and dangerous island, a film producer captures a giant ape and brings him back to New York in the hopes of capitalizing on his prize.

In an effort to heal after witnessing her sister’s horrific murder, Nic travels to a tropical resort with her friends for a kayaking and diving adventure. Only hours into their expedition, the women are stalked and then attacked by a great white shark. To survive they will need to band together and Nic will have to overcome her post-traumatic stress, face her fears and slay the monster.

Three-disc set includes: The Conjuring (2013)Before their fame as the Amityville paranormal investigators, Ed and Lorraine Warren (Patrick Wilson, Vera Farmiga) became embroiled in the terrifying plight of Roger and Carolyn Perron (Ron Livingston, Lili Taylor)-whose newly purchased farmhouse appeared to have been haunted by vengeful spirits. To cleanse the house and protect the family, the Warrens dared to seek out the home’s dark secrets. Eerie chiller from director James Wan co-stars Shanley Caswell, Hayley McFarland. 112 min. C/Rtg: R The Conjuring 2 (2016)London, 1977: When the Hodgson family begins to experience a series of strange and inexplicable supernatural events surrounding young Janet (Madison Wolfe), professional paranormal experts Ed and Lorraine Warren (Patrick Wilson and Vera Farmiga) are called upon to investigate. Initially believing the girl is possessed by the spirit of a man who died in the house, the Warrens soon discover that there may be something far more evil at work. Frances O’Connor, Simon McBurney, Franka Potente also star in this spooky sequel. 134 min. C/Rtg: R The Conjuring: The Devil Made Me Do It (2021)Connecticut, 1981: Occult investigators Ed and Lorraine Warren (Patrick Wilson, Vera Farmiga) were on hand to document the exorcism of 8-year-old David Glatzel (Julian Hilliard). Ed, however, was certain that the demon fled into the body of David’s sister’s boyfriend, Arne Johnson (Ruairi O’Connor)-and after Johnson murdered his landlord, they’d face a perilous path in aiding his defense. Third franchise thriller also stars Sarah Catherine Hook, Ronnie Gene Blevins, John Noble. 112 min. C/Rtg: R 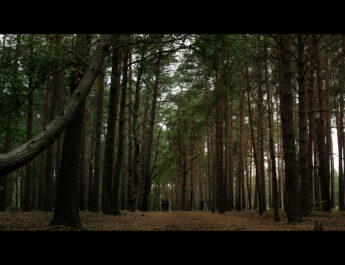