Toledo, USA’s The Convalescence has been making a name for themselves over the years with its signature blend of black metal/horror theatrics, intense death metal style blast beats, shredding guitars, brutal slamming breakdowns, and catchy melodies. They recently finished recording their fifth full-length album with producer Jason Suecof at Audiohammer Studios along with mastering by Christian Donaldson (Cryptopsy) for a projected release in 2023. The first single off the upcoming album is “79 Years”, which tells the harrowing history of Pennhurst State School and Hospital in Pennsylvania, USA. Vocalist Keith Wampler shares the details:

“A lot of our lyrics are horror inspired, sometimes it’s some kind of scene that I think of and I use the lyrics to tell that story. Sometimes I use inspiration from horror movies or places we visit on tour. For example, for “79 Years”; we had the opportunity to join LT-TV for a paranormal investigation of Pennhurst in August 2021, after researching the history and finding some horrific things we felt that we should tell that story as a part of the new album. We even ended up filming several parts of the music video inside Pennhurst during the investigation. After spending a night inside, I can’t think of a more unnerving or intense place that I’ve ever been to.”

When asked about the upcoming, yet-to-be-named album, Wampler states that, without giving too much away, it is basically like one big horror movie, song by song each one tells a story. Each one is brutal in its own way. They expect a good reception from fans as they have done their very best to step things up with each album. On this one, they worked with producer Jason Suecof at Audiohammer Studios in Florida, who has worked with most of their favorite bands (The Black Dahlia Murder, Carnifex, Deicide, Job For A Cowboy, etc) and they were beyond stoked he was down to do the album with them. They also hint about some friends doing guest vocals on what they consider the heaviest The Convalescence album so far.

“79 Years” is one of the darkest and most haunting tracks the band has ever written, they are recommended for fans of Carnifex, The Black Dahlia Murder, and Cradle Of Filth.

The video for “79 Years” directed by Nate Thompson can be seen and heard via its premiere on MetalInjection HERE.

The upcoming album is expected in 2023.

The Convalescence has released four full-length albums, two EPs, and two stand-alone singles resulting in over one million plays on Spotify and Youtube each. The band also released two documentaries via Amazon Prime Video in 2020 supported by a sold-out movie theatre screening of them both in Maumee, OH on October 30, 2020. The band recently finished recording their fifth full-length album with producer Jason Suecof at Audiohammer Studios with a projected release in 2023. 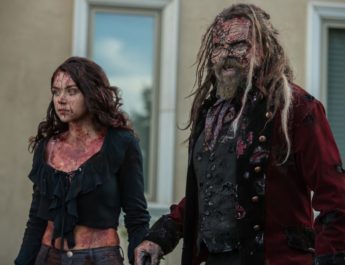