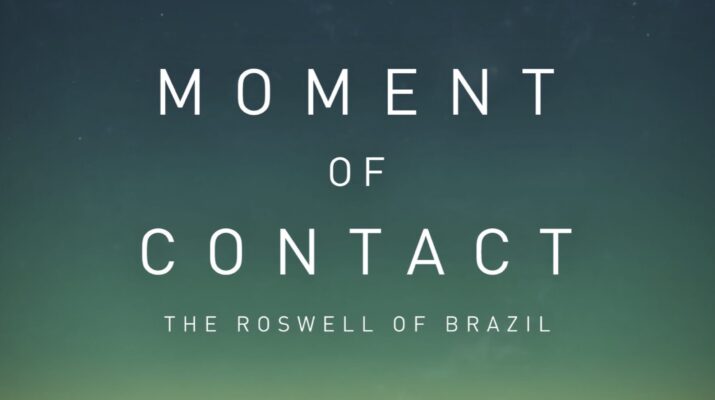 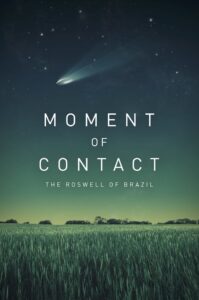 From Ufologist and Filmmaker James Fox
(The Phenomenon, Out of the Blue, I Know What I Saw)

This case remains one of the world’s most compelling close encounters of the third kind.

In Moment of Contact, from the director of the definitive UFO documentary The Phenomenon(2020), James Fox ventures with his team to Brazil to investigate a sensational 1996 UFO crash. Headlines around the globe exploded with tales of strange creatures reported by military and civilians in the town of Varginha. Riveting testimony from eyewitnesses who revisit the crash site and areas in the city where reported alien survivors were captured is woven together with rare archival interviews, as well as ground-breaking new revelations from former military personnel, including one who worked with the Brazilian Secret Service to transport the alleged extraterrestrials. With the help of local researchers and captivating aerial photography, viewers travel with Fox and his team as they map out the encounters, military blockades, and track down lost witnesses of the Varginha Incident, the modern-day Roswell of Brazil. 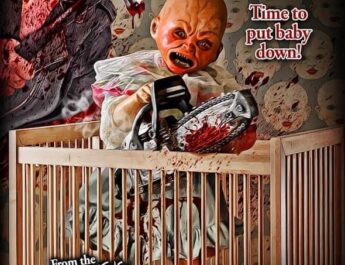