FROM THE DARKEST CORNERS OF THE PODCAST DUNGEON, WE PRESENT TO YOU… 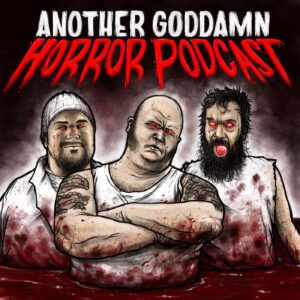 It’s not just Another Goddamn Horror Podcast, but a podcast we hope you’re listening to! If not, here are a few of their latest episodes for you to check out…

On this Squeezeboxin’ Episode the Goddamn Fools chat with the all female Latino punk band Ratos En Zelo. We talk about accordians, punk, oi, New York, Pizza and of course horror. Such a great episode. Dig in!!

On this Dusty Ole Episode the Goddamn Wranglers sit down with Stu Flosom, the mind behind western themed Hardcore/Death Metal Hybrid masterpiece SpiritWorld! We talk about metal versus non-metal, country living, Las Vegas, touring Europe and of course horror! Such a great episode. Check out SpiritWorld’s releases and then tune in to our show. We got such sights to show you.

Episode 103: The Art Of Skinner‪!‬

On this Gouachtastic episode The Goddamn Bronies sit down with artistic genius and all around rad human Skinner! The list of what we talk about includes:Boots Riley, Oakland, Cats, Incels, Ninjas, Ninja Movies, Conan, Lonely kid tropes from 80s movies… etc etc etc. What we didn’t talk about is a shorter list. Such an amazing epsiode. Tune in!

Well…we really out did ourselves this time. We each did #31daysofhorror and combined them together into one giant list of reviews! No other podcast would even attempt something this death defying! I mean maybe they would, no shade to our horror podcast brethren, but we at least are in for the long haul. We each had to take a nap after this. Well..we were probably going to take naps anyway… But check it out! What did we like? What did we hate? What movie nearly broke up this podcast? We’re not even kidding! Dig in if you dare!!!

On this pavlova eating episode, the Goddamn Bogan’s welcome back to the show Jason Howden! Jason is the mastermind behind the epic Deathgasm and Guns Akimbo movies. We chat about his upcoming comic book series:Monsters Of Metal and we get a sneak look at the upcoming Deathgasm comic book. We also chat about the highly anticipated Deathgasm sequel, what it feels like to have a movie chopped to bits by producers and so much more. Jason is a great guy. We love having him on the show. And we love you New Zealand. Listen up! Or else!

100 episodes!!!!!!!!!!!!!!!!!!!!!!! And it’s a doozy! On our Season 3 opener we have horror legend Steve ‘Uncle Creepy’ Barton in the dungeon!! Fresh off the astounding success of Terrifier 2 we discuss some behind the scenes fun, we get into getting the fight to get both installments made, we talk about creating and leaving Dread Central, and of course horror in general. Steve is a great guy and has been there through all of it. This is a horror fan’s episode. Dig in. Or else!!!!

“I was constantly looking for another gooddam horror podcast till I found this one. now all I do is wait for another goddam episode. and you know what, it never disappoints. do yourself a favor – listen & subscribe.”

“These guys are funny and informed, not to mention great interviewers. They’re also super handsome. It’s a win for humanity and everyone should listen” 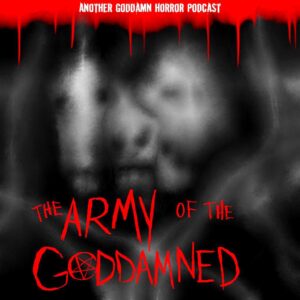 You can find all their episodes on Apple Podcasts and Spotify, and watch them on YouTube!

Support them on Patreon!