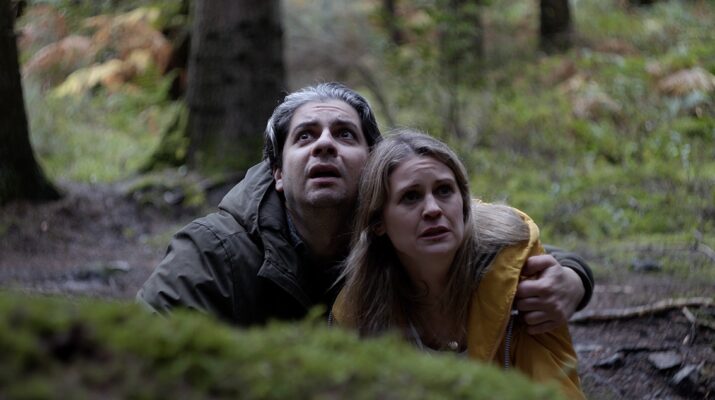 The Horror Collective will release the award-winning horror thriller BRING OUT THE FEAR in English-speaking territories on January 3. The film will be released on-demand on home video, as was announced yesterday on Screen Anarchy. 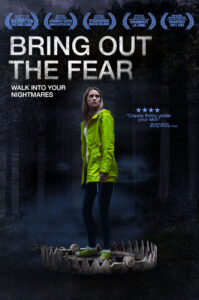 Bring Out the Fear follows a couple who is struggling to fix their doomed relationship and is lost in a dangerous forest that refuses to let them escape. This award-winning dark thriller will leave you questioning what is real and what is malicious trickery until the very last frame.

Written and directed by Richard Waters, Bring Out the Fear won the Golden Stake Award at Shockfest and played at many festivals around the world including Screamfest, Frightfest, Grimmfest and IFI Horrorthon.

The Horror Collective’s Shaked Berenson described the film as “an unexpected and harrowing thrill ride”, Berenson continued “we are glad to bring Richard Waters’ festival darling to audiences in the United States and English-speaking territories.”

Director Richard Waters described his experience working with The Horror Collective as “The kind of experience every filmmaker hopes for. Bring Out The Fear means a lot to us and we took our time choosing the right people to release it with. When you look at the folks behind The Horror Collective, and their passion for films like this, we knew we’d made the right choice with who to unleash this film to the masses with.”

The Horror Collective is the genre label of Entertainment Squad — a production and distribution company founded by veteran producer Shaked Berenson (TURBO KID, TALES OF HALLOWEEN). The labels’ latest productions include the killer-pants cult classic SLAXX (Shudder Original) and the critically acclaimed action-horror-comedy BLOODY HELL. Both titles are currently available on Shudder. 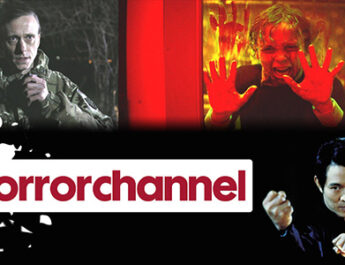