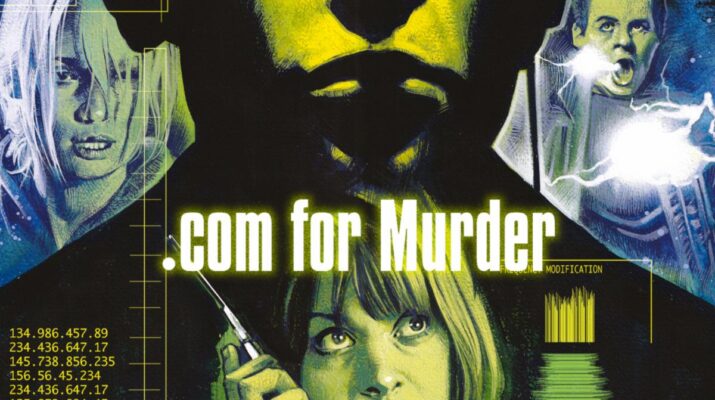 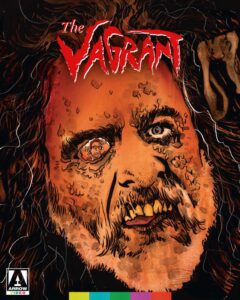 Arrow’s first release of the month brings us The Vagrant (2/7). After supporting roles in classics like Aliens and Near Dark, Bill Paxton steps up to leading man status in this one-of-a-kind film, directed by Chris Walas (FX genius of Gremlins and Cronenberg’s The Fly). The Vagrant is a demented black comedy about a feud that erupts between a bank clerk and the homeless man he finds living on his newly purchased property, that spirals out of control with twisted, murderous results. Featuring a brand new 2K restoration from a new scan of the original camera negative, the special features include all-new interviews with director Walas, actors Michael Ironside (Starship Troopers), Colleen Camp (Valley Girl), Marshall Bell (Nightmare on Elm Street 2), and more. The Vagrant is sure to capture the hearts of new cult cinema fans and be rediscovered by those who have already trespassed. 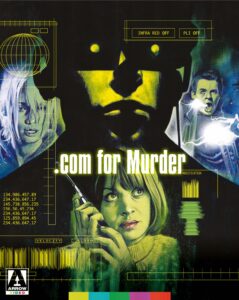 Also being released on February 7 is .com For Murder, a turn-of-the-millennium cyber-thriller from cult movie maestro Nico Mastorakis, whose inspired casting includes Nastassja Kinski (Tess, Cat People), Roger Daltrey (The Who), Huey Lewis (Huey Lewis and the News) and Nicolette Sheridan (The Sure Thing).

Kinski stars as a young woman confined to a wheelchair following a skiing accident, who unknowingly engages with a dark and murderous psychopath online. Director Mastorakis takes elements from the Hitchcock classic Rear Window and retools them into a chilling tale for the internet age. The release features archival interviews with stars Huey Lewis and Roger Daltrey, an archival behind-the-scenes documentary, an all-new making-of featuring Mastorakis, the theatrical trailer, and an image gallery. 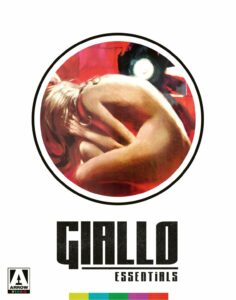 Valentine’s Day, February 14, unleashes the Limited Edition blu-ray release of Giallo Essentials White Edition. This volume includes three distinctly different and thrilling examples of the classic murder-mystery genre. In The Night Evelyn Came Out of the Grave, director Emilio P. Miraglia combines giallo’s trademark violence and intrigue, as troubled aristocrat Alan Cunningham (Anthony Steffen, Django the Bastard) is haunted by his dead wife, and the gruesome deaths of several members of his family. Next, Riccardo Freda’s The Iguana with the Tongue of Fire finds a hard-bitten ex-cop John Norton (Luigi Pistilli, A Bay of Blood) attempting to catch a brutal killer who’s terrorizing the streets of Dublin. Finally, Sergio Martino’s The Suspicious Death of a Minor tells the tale of undercover cop Paolo Germi (Claudio Cassinelli, What Have They Done to Your Daughters?), as he investigates the brutal murder of a teenage prostitute.

Closing out the month on February 28 is the multi-genre smorgasbord Millionaires’ Express from director/star Sammo Hung. The legendary Hung (Heart of Dragon) directs an all-star cast in this Far-East-meets-Western-comedy epic. Hung stars as Ching Foon-tin, a reformed outlaw with a plan to make amends with the citizens of his struggling hometown. The plan: derail a luxury express train en route from Shanghai so that its super-rich passengers will be forced to spend money in the town. Bungling bank-robbers, a priceless map, and Japanese Samurai all conspire to ruin the well-intentioned plan. The movie features dozens of leading stuntmen and actors from the golden age of Hong Kong cinema with their modern contemporaries, including Yuen Biao (Lucky Star Trilogy), Jimmy Wang Yu (One-Armed Boxer), and Cynthia Rothrock (Righting Wrongs). The double-disc edition comes with all-new 2K restorations of four different versions of the film, including a recently assembled hybrid edit. Also featured on this edition are commentaries by Frank Djeng, Mike Leeder and Arne Venema, and select scene commentary by Cynthia Rothrock moderated by Djeng, interviews with director/star Sammo Hung, actors Cynthia Rothrock, Yuen Biao, and Yukari Oshima, alternate opening and closing credits, theatrical trailers, and more. 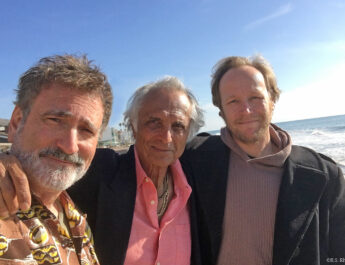 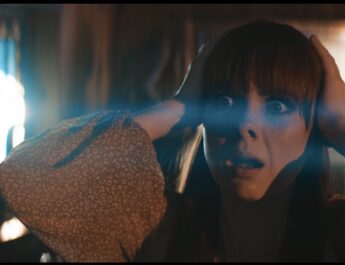 ‘MURDER, ANYONE?’- Coming to On Demand and Digital Feb. 7th