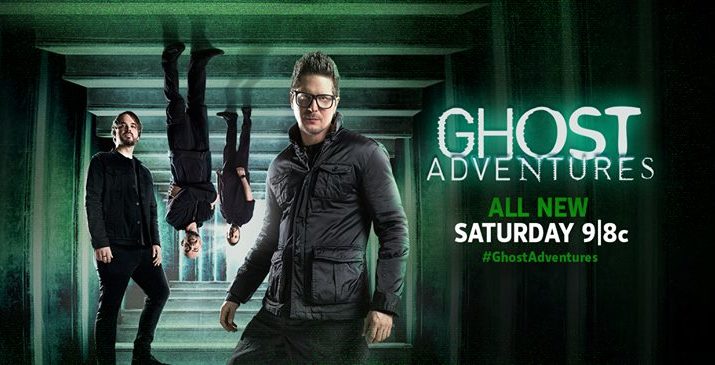 Creepy thrills await as Travel Channel hosts the ultimate Halloween event this “Ghostober” – a cauldron of spooky, creepy and terrifying programming that will take viewers on a fun, spine-tingling journey across America.

Additional premieres throughout the month include:
“Chris Jericho: Monster Hunt” (wt), a one-hour special following WWE world champion and entertainer Chris Jericho as he searches for legendary swamp creatures in Southern Louisiana.
“Scariest Night of My Life,” retelling chilling stories from victims of paranormal mayhem.
“Most Terrifying Places in America,” showcasing the nation’s most horrifying haunts.
“Haunted Live,” a weekly live and interactive ghost hunting series where viewers can help guide the investigation.

“Anchored by our mega-hit ‘Ghost Adventures,’ the entire month of October is a spooky and wild Halloween celebration with the most innovative creepy content and the biggest stars in the paranormal universe,” said Jane Latman, general manager, Travel Channel. “Between our live investigations and spine-tingling new specials, ‘Ghostober’ is not for the faint of heart. Watch only if you dare.”

Visit TravelChannel.com and follow Travel Channel’s Facebook, Twitter and Instagram pages where the “Ghostober” party continues all month long. Fans can check out exclusive content from their favorite series, including behind-the-scenes videos, photos and exciting giveaways. Join the conversation during live tweeting and real-time Q&A sessions with show hosts on Facebook Live including Zak Bagans and the “Ghost Adventures” crew. Amping up the fun is an all-new digital series, “Friday Night with Gunnarolla,” which follows Andrew “Gunnarolla” Gunadie as he embraces the frights and checks into spooky locations around the United States, and a new Facebook Live series that will follow James B. McDaniel, also known as Peppermint Fatty, as he recaps the week’s episodes and shares exclusive sneak peek videos from upcoming premieres, including “Ghost Adventures” and “Haunted Live.”

SCARIEST NIGHT OF MY LIFE
Premieres Sunday, September 9 at 10 p.m. ET/PT (continues through October)
“Scariest Night of My Life” retells chilling, true stories of victims of paranormal mayhem. Each episode features three different stories of people who lived through life-changing and spine-chilling supernatural encounters that happened during the course of one terrifying night. With powerful recreations filled with twists and turns, viewers are in for an unforgettable paranormal ride. #ScariestNightofMyLife

HAUNTED LIVE
Premieres Friday, September 14 at 10 p.m. ET/PT (continues through October)
Viewers are invited to join the action in “Haunted Live,” a live interactive paranormal investigation series featuring the Tennessee Wraith Chasers, a team of paranormal experts that relies on a unique combination of scientific method and spiritual faith to navigate investigations. Each week, the team members will reveal a new haunted location to the public and utilize their skills, technology and unique experiments to capture evidence of paranormal activity in a live and unfiltered paranormal investigation. Through an on-location live video stream, viewers can monitor all of the “Haunted Live” activity on Travel Channel’s Facebook Live platform and comment on any findings in real time, directing the team where to investigate next. Fans can follow Travel Channel’s social media pages for the secret location reveal each week, and visit Facebook to join a special pre-hunt Q&A with the Tennessee Wraith Chasers. #HauntedLive

MYSTERIES AT THE MUSEUM – “Special: Zodiac Killer”
One-Hour Special
Premieres Wednesday, October 3 at 9 p.m. ET/PT
History enthusiast and adventurer Don Wildman investigates the most notorious unsolved crime in American history – the Zodiac murders. Diving headfirst into the case, Wildman meets with a retired inspector who worked the crimes, learns code-breaking from a Zodiac cryptographer, visits a DNA lab to understand how close authorities are to catching the killer and learns a new theory on who may be responsible. #MATM

CHRIS JERICHO: MONSTER HUNT (wt)
One-Hour Special
Premieres Wednesday, October 10 at 10 p.m. ET/PT
WWE champion and famed author, musician and podcaster Chris Jericho has had a lifelong fascination with the unexplained. Now, he is on a terrifying mission to uncover the truth behind the fearsome swamp creatures believed to inhabit the swamps of Southern Louisiana. Wading deep into bayou country, Jericho searches for evidence of a legendary creature known as Rougarou, and a Sasquatch-like beast that roams the Honey Island Swamp. Is there a connection between these monsters? And what of the curse put on the region by infamous voodoo priestess Julia Brown in the early 1900s? Jericho encounters compelling proof from eyewitnesses, physical evidence and a startling revelation from beyond the grave. #MonsterHunt

GHOST ADVENTURES – “Graveyard of the Pacific”
Four-Part Miniseries
Premieres Saturday, October 6 at 9 p.m. ET/PT
In this special four-part miniseries event, Zak Bagans, Aaron Goodwin, Billy Tolley and Jay Wasley head to the “Graveyard of the Pacific” – a treacherous nautical region within the Pacific Northwest where the freshwater of the Columbia River meets the Pacific Ocean. Here, darkness plagues both land and sea – the ocean has claimed thousands of shipwrecks and countless lives, while unexplained deaths, diseases, fires and murders have impacted areas around the shoreline. The investigation takes the team to multiple haunted locations – from the underground tunnels weaving beneath the city of Astoria, Oregon, and the port city’s Norblad Hostel to the Fort Stevens Military Base outside of town where dangerous entities are believed to haunt various sites. The investigation culminates at the North Head Lighthouse in Washington, which bore witness to some of the most tragic shipwrecks of this watery graveyard. #GhostAdventures

GHOST ADVENTURES LIVE
Four-Hour Live Investigation
Premieres Wednesday, October 31 beginning at 8 p.m. ET / 5 p.m. PT
This Halloween, join the “Ghost Adventures” team for the ultimate Halloween night event – a four-hour, live investigation inside Zak Bagans’ Las Vegas Haunted Museum. On the one-year anniversary of its opening, Bagans and the “Ghost Adventures” crew, along with special guests, will investigate the museum that contains hundreds of haunted objects, some so frightening and powerful they can’t even be touched. It’s sure to go down as one of the most terrifying nights in paranormal history. Through an on-location live video stream, viewers can monitor all of the “Ghost Adventures Live” activity on Travel Channel’s Facebook Live platform and comment on any findings in real time. Fans can follow Travel Channel’s social media pages for exciting giveaways and to join a special pre-“Ghost Adventures Live” Q&A session with Zak Bagans and the team. #GhostAdventuresLive

PARANORMAL SURVIVOR
Premieres Sunday, September 9 at 9 p.m. ET/PT (continues through October)
“Paranormal Survivor” will take you through terrifying real-life encounters with the supernatural. Hear from those who’ve faced these feared spirits – and watch dramatic recreations that lure people back to the scenes of these harrowing confrontations. #ParanormalSurvivor

MOST TERRIFYING PLACES IN AMERICA
Premieres Sunday, September 30 at 11 p.m. ET/PT (continues through October)
Be afraid. Be very afraid. Evil lurks in every corner of the country. “Most Terrifying Places in America” takes you on a treacherous trip across the nation’s most horrifying haunts. Take a ride on the dire side as we uncover the most bone-chilling manors and inns, and visit real life ghost towns so cursed shivers will run down your spine. Join us as we stop at the nation’s scariest attractions, which will leave you feeling like a wide-eyed, freaked-out kid again, and come along as we unearth the most frightening forests, forts and freeways. #MostTerrifyingPlaces

ABOUT TRAVEL CHANNEL
For virtual and active travelers who want to go on a thrilling quest; taste other cultures; enjoy the mystery of the unexplored; get a dose of epic adventure; there is no better daily escape than Travel Channel. Reaching more than 82 million U.S. cable homes, Travel Channel is the world’s leading travel media brand. Fans also can visit Travel Channel for more information or interact with other fans through Facebook, Twitter, Pinterest and Instagram. Travel Channel is owned by Discovery, Inc., a global leader in real life entertainment whose portfolio also includes Discovery Channel, HGTV, Food Network, TLC, Investigation Discovery, and OWN: Oprah Winfrey Network. 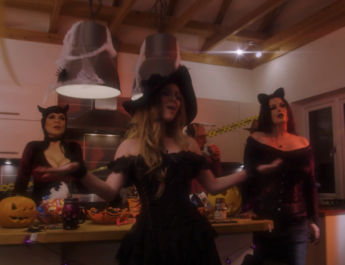