Shriekfest Film Festival has unveiled the official selection of short films headed to the 18th edition of the festival. Thirty Five short films make up the 2018 line up! The films come from countries including Australia, Spain, Canada, Mexico and the United Kingdom, states including CA, IA, AZ, WA, NC, CT, NY, and ID. Festival Director Denise Gossett says “I love our shorts program and so does the community, it’s a definite must see!”.

“The Moor” directed by James Everett

“There’s One Inside the House” directed by D.M Cunningham

“Amy’s in the Freezer” directed by Venita Ozols-Graham

“From Life” directed by Uli Meyer

“Something in the Darkness” directed by Fran Casanova

“The Hobbyist” directed by George Vatistas

“The Visitor” directed by Justin Olstein

The Shriekfest Film Festival runs October 4 – 7, 2018. An opening night party will take place at Bar Sinister in Hollywood; the rest of the festival will be at the iconic Raleigh Studios on Melrose Blvd.

Shriekfest, now in its 18th year, was created in July 2001 by Denise Gossett and has grown into the longest-running and one of the largest horror and sci-fi film festivals in the country. This is the second year that Shriekfest will be bi-coastal with Shriekfest Orlando on November 3rd. Since its inception, Shriekfest has offered young and upcoming writers, actors, directors, and producers a chance to have their work screened and rated by peers. 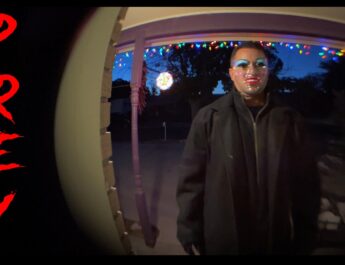