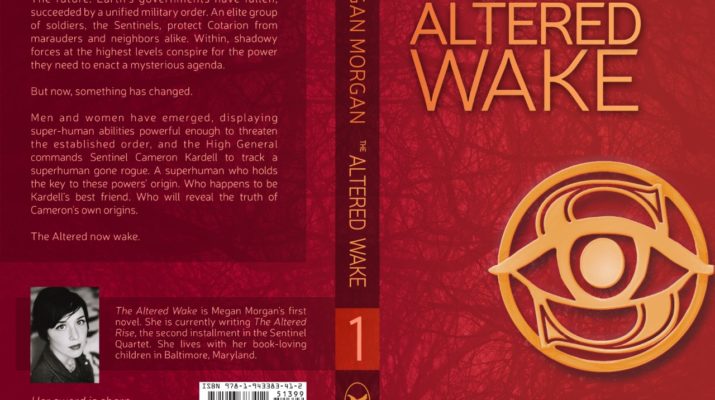 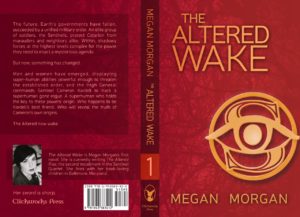 Megan Morgan’s new book THE ALTERED WAKE is now available on Amazon. It’s also available on Barnes & Noble and a some other download platforms. Here’s a link to the Clickworks page with all the buying options. https://clickworkspress.com/book/sentinel1/

The future. Earth’s governments have fallen, succeeded by a unified military order. An elite group of soldiers, the Sentinels, protect Cotarion from marauders and neighbors alike. Within, shadowy forces at the highest levels conspire for the power they need to enact a mysterious agenda.

But now, something has changed.

Men and women have emerged, displaying superhuman abilities powerful enough to threaten the established order, and the High General commands Sentinel Cameron Kardell to track a superhuman gone rogue. A superhuman who holds the key to these powers’ origin. Who happens to be Kardell’s best friend. Who will reveal the truth of Cameron’s own origins.

The Altered Wake on Amazon
https://www.amazon.com/Altered-Wake-Sentinel-Quartet-Book-ebook/dp/B07J9KNW2R 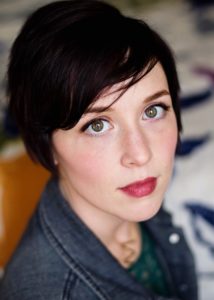 Megan Morgan grew up in Fairmont, West Virginia, where she spent her time roaming the woods and contemplating places that never were. She found her doorways into these unexplored vistas at her local library, lined up and waiting on Science Fiction and Fantasy shelves. She loved spaceships (naturally), and dragons (of course), and lost her heart to all things Star Wars.

As a young geeky girl, Megan Morgan struggled with many of her most beloved series, in which women were often relegated to very specific roles. Men, too! She began writing to enrich the kinds of books she read with women who could lead and make hard decisions, and men who could be guided by their feelings – and everything in between. She’s passionate about that to this day, and is always widening her scope, enriching her work with characters who represent humans as they really are.

By Junior High she was writing her own books and sharing them with friends. Seeing now the effect of the worlds she created, set her on the road to universe-building; and these universes would be populated by dynamic and diverse characters she’d seen so rarely in the books she grew up with.In college, she eagerly refined her writing skills, and never lost her passion for defying expectations.

These days she’s doing just what she set out to do: reveling in her Geeky passions, nerding out about words and story structure, and giving a wider audience the chance to see themselves in stories that examine what it means to be human.

The Altered Wake is Megan Morgan’s first novel. She is currently writing The Altered Rise, the second installment in the Sentinel Quartet. She lives with her book-loving children in Baltimore, Maryland.

Darkest Night Invites You into the Belly of the Beast: Casting News